Despite the fact that there are some excellent streaming apps available on Android, smartphones like the OnePlus One have made getting hold of a smartphone with a lot of storage much easier. Of course, if your device supports a microSD card then you have even more storage to play around with. Things have changed with Material Design now running on Lollipop and Marshmallow on many smartphones, so we've put together a list of modern music players on Android. 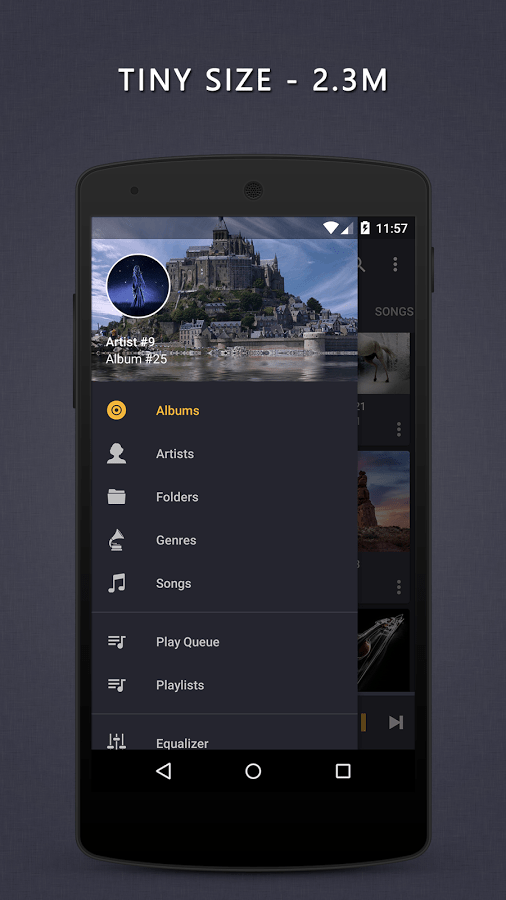 Pulsar recently made some waves for being a Material Design option that also managed to create its own identity in the process. An app that undoubtedly looks and feels like a music player, that supports playlists and everything else you'd expect it to, this is a simple option that won't let you down. 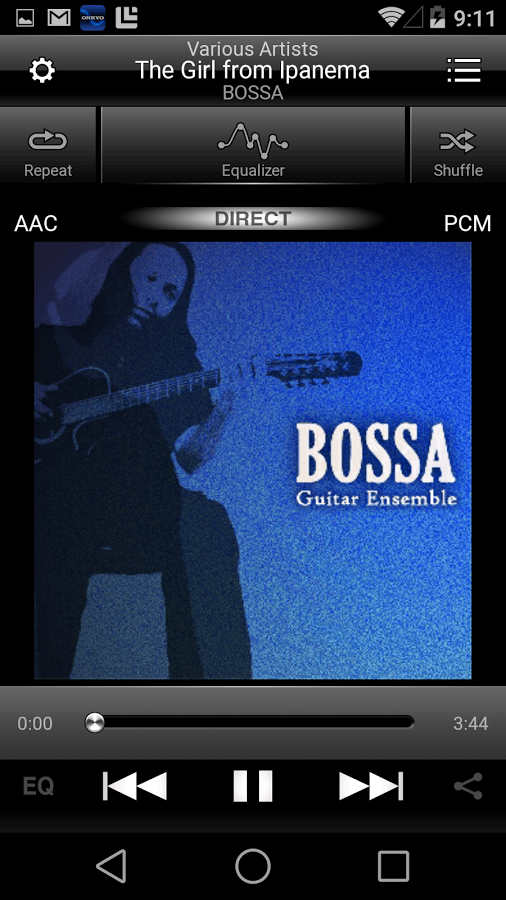 Onkyo's HF Player is an app for the discerning listener. With a customizable EQ to sate even the most particular listener, this is a good little app from the Japanese HiFi brand. Designed to be used with they DACs for smartphones, this will work on any Android device out there, and all it's really lacking is a decent-looking UI, which is something they're supposed to be working on as we speak. 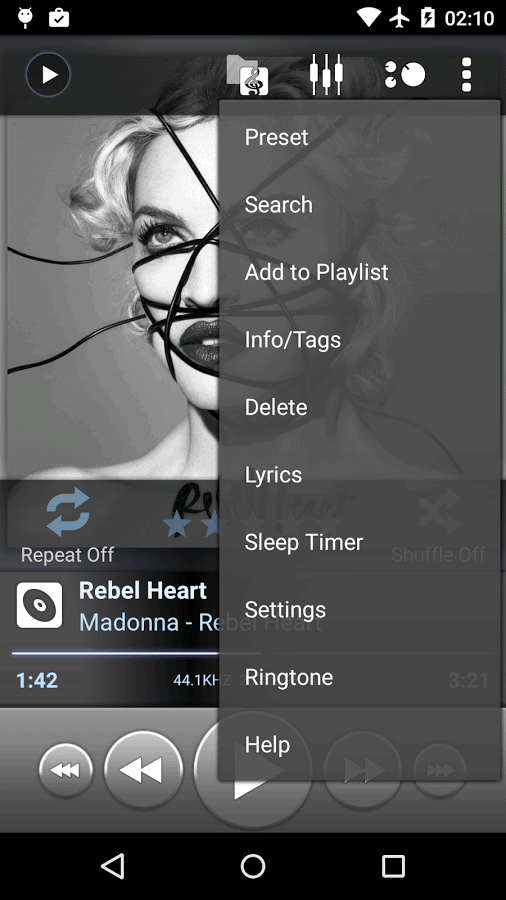 PowerAmp is an absolute classic and those that know about the app will no doubt already love it. Great for those looking for equalisation methods that actually work, this is a pricey, yet fully-featured option that's available. There is a free trial to try out as well, but the real fun is in the app that you need to pay for, sadly. 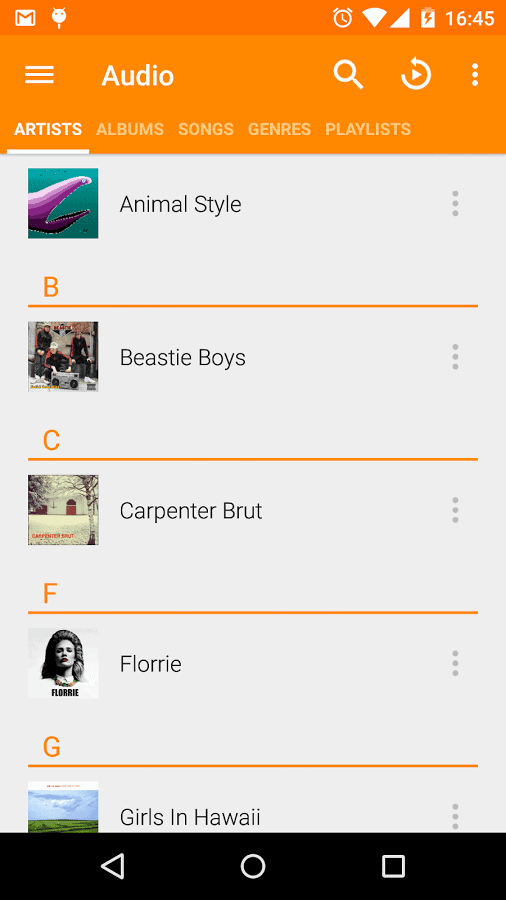 VLC for Android is built by the same team behind the excellent Windows, Mac and Linux versions. It's great for video, but it's also good for music as well. With simple, yet effective, organising methods, VLC is a good option as it plays every format under the sun, and it can be a good way of using one app for both video and music if you use a tablet or something similar. 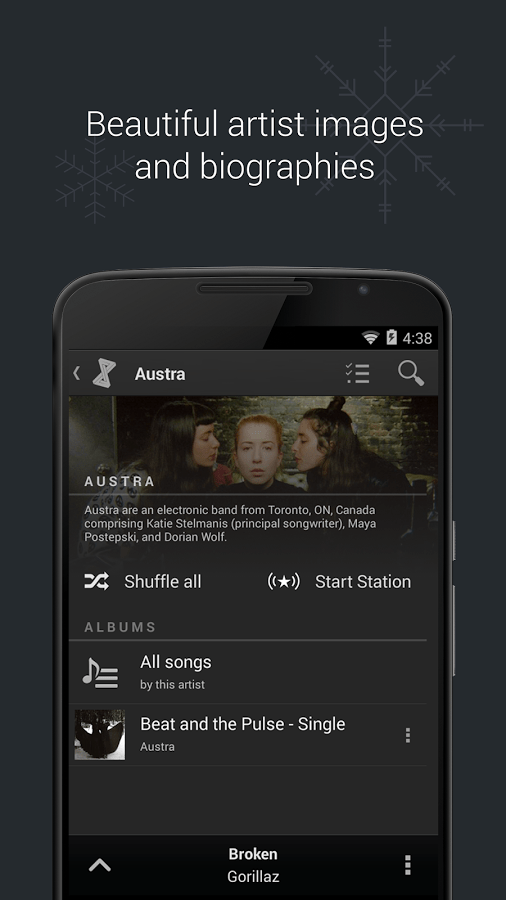 doubleTwist has been around for a long time now, and was once one of the few good music players available on Android. It still is great, but of course there is much more choice available as well now. For a highly polished app that has some extra tricks up its sleeves as well, doubleTwist has a lot going for it even now, and is worth trying out. 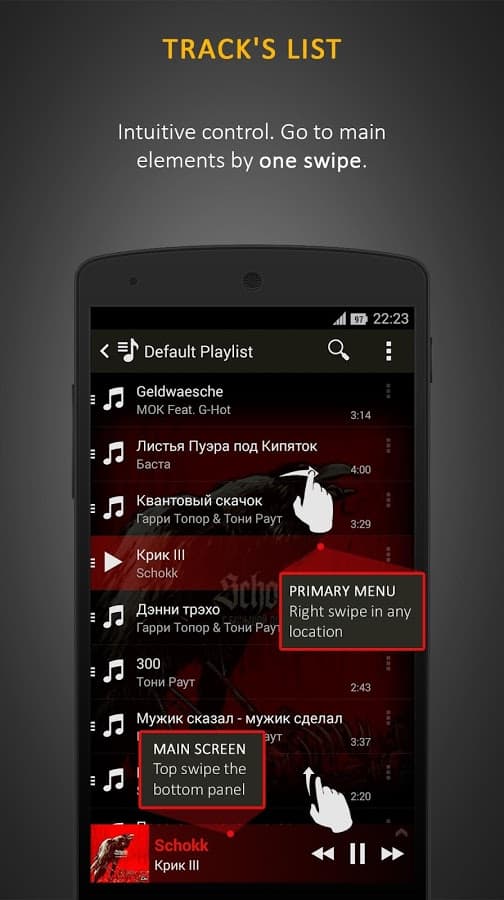 Stellio is a music player that relies on a good blend of looks as well as usability to make it a worthwhile offering. Whether or not you're looking at this for its powerful equaliser or the simplistic UI that's easy to navigate, there's a lot on offer in Stellio and we're sure a lot of users with large libraries will enjoy something like this. 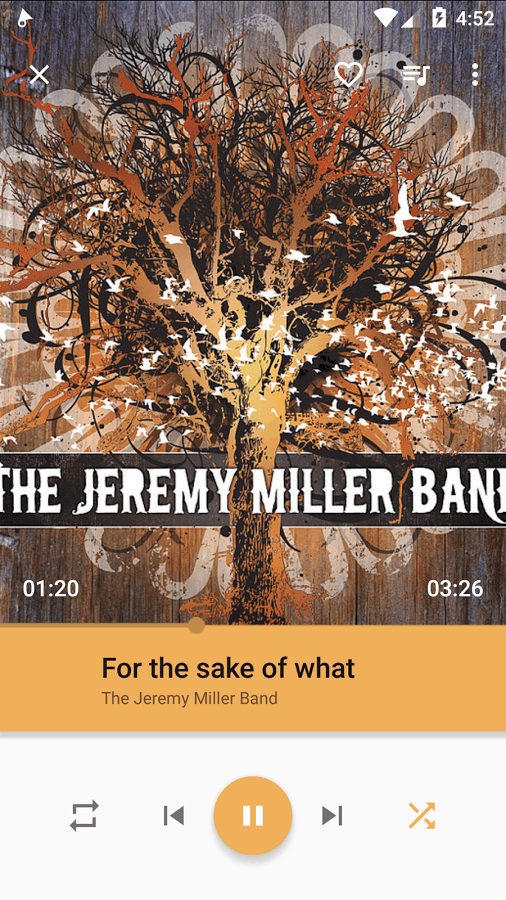 Phonograph is a simple music player for Android that does what it says it does, it looks pretty and it plays Music. Based around Material Design in a purer way than most Google apps, there's a lot to love about this. It's clean, colorful and it also looks a lot like the Google Play Music app, so it should be familiar to a lot of users. 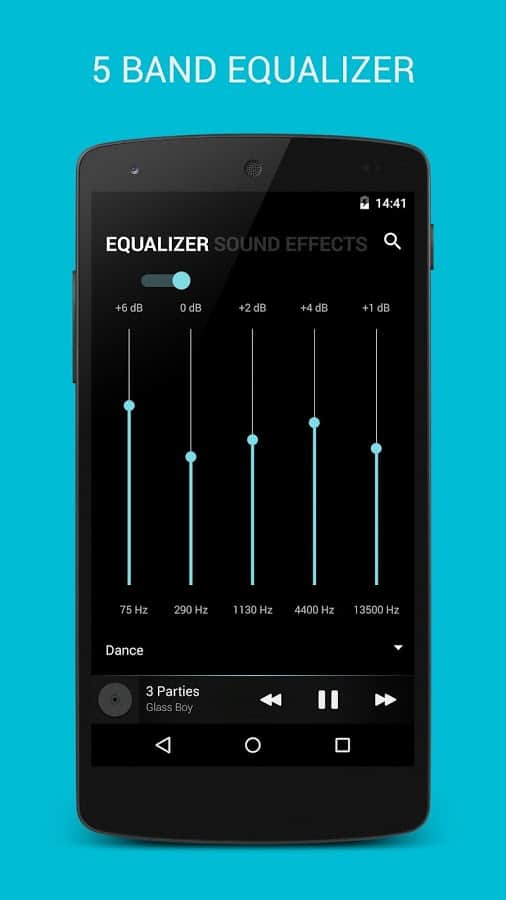 BlackPlayer is an Android app named just so because of its simple, subtle interface. This reminds of the TIDAL interface, and it's something that fans of darker themes will appreciate. With a simple and easy to use interface, as well as a standard equaliser and support for the likes of gapless playback and more, this gets the job done with one of the more subtle interfaces on this list. 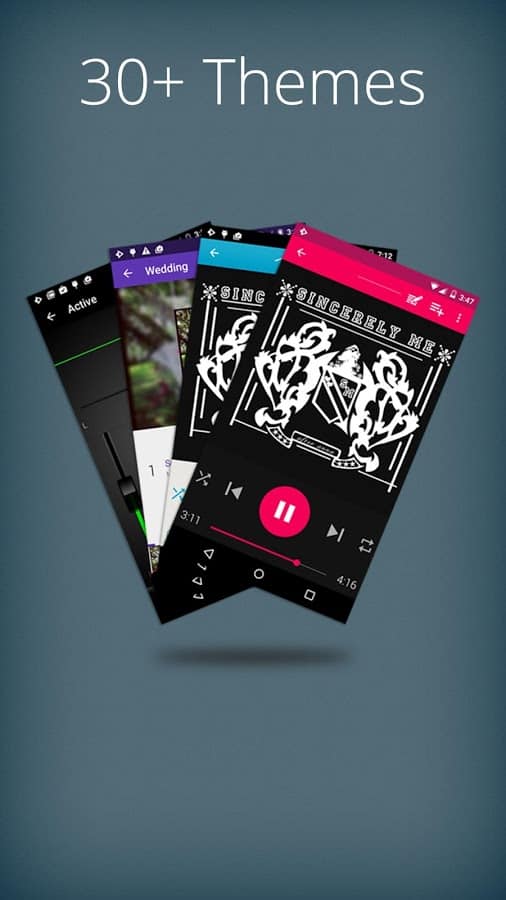 Rocket Player is for those that want something simple and straightforward, but also want to be able to customize things a little to their liking. With 30+ different themes on offer, there's a good deal of content on offer here. Again, this focuses on Material Design so it'll look modern and fresh on your new Android smartphone. 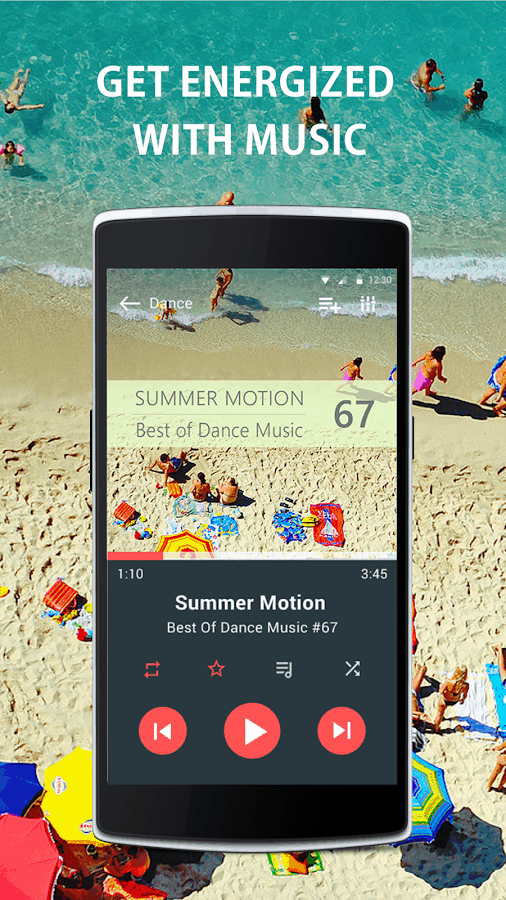 This is an interesting mix of an app that will support all of your offline music, while also offering up free streaming from genres all over the world. It's got a good Material Design look and feel to it while also having its own identity, something that a lot of other apps simply can't offer up any more.