Black Friday is nearly upon us, which also means Thanksgiving is almost here. Friday, November 27th is the biggest shopping day of the year in the US, followed by Cyber Monday which is November 30th this year. There will be a ton of amazing prices on all kinds of great products, and the best way to find the best deals are by using a few apps, which we have listed down below, and also by following Android Headlines. 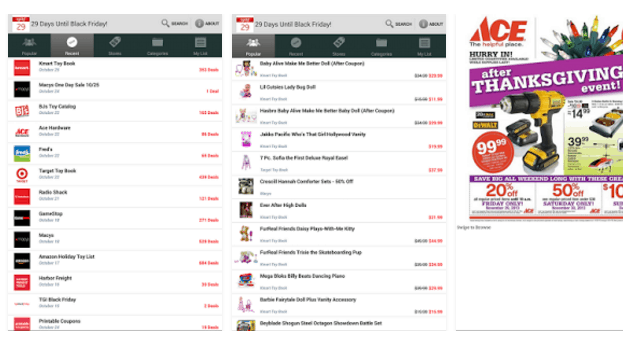 With the TGI Black Friday app, you have ad scans for many of the big stores before Black Friday. Making it easier than ever to plan your shopping for Black Friday ahead of time. It also allows you to share deals on Twitter, Google+ and Facebook. Not to mention the ability to email your list to yourself or someone else that might be shopping with you on the big day. 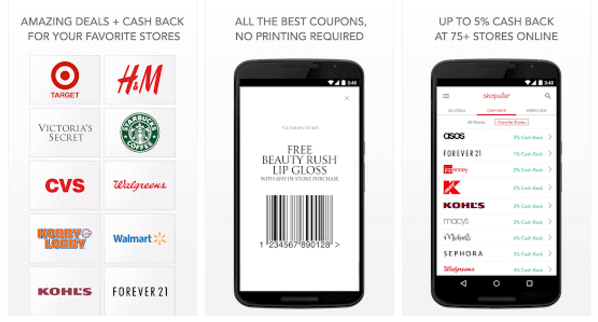 Much like many of the other apps on this list, this one also shows you some of the best Black Friday deals for this year. But in addition to showing you these deals, it also shows you coupons to save even more on Black Friday. And at the register, the cashier can easily scan the coupon from your smartphone, without needing to carry around those pesky coupons you’ll likely lose. 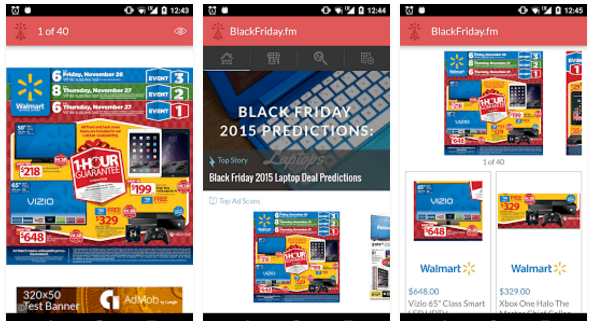 Inside this app, you’ll find Black Friday ads from all of your favorite stores. Including Amazon, Groupon, Best Buy, Staples and many others. You can get breaking deals as well as leaked Black Friday ads in real time, which will definitely be helpful on Black Friday. You can also search by category or by store for specific products. 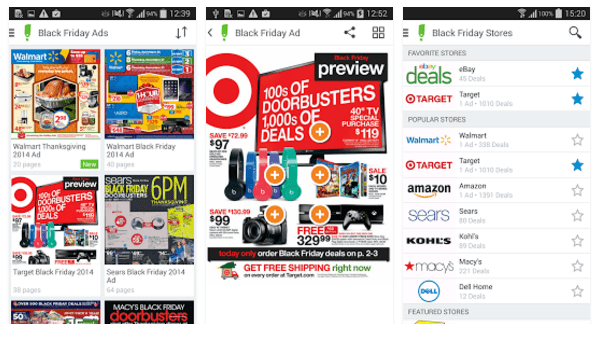 BlackFriday.com is a great website for getting the latest deals and sales for Black Friday and now you can use the app on your smartphone while you’re out shopping on the big day. You can browse deals from eBay, Target, Walmart, Amazon and so many other stores, all right there in the app. It also makes it easier to plan your shopping for Black Friday. 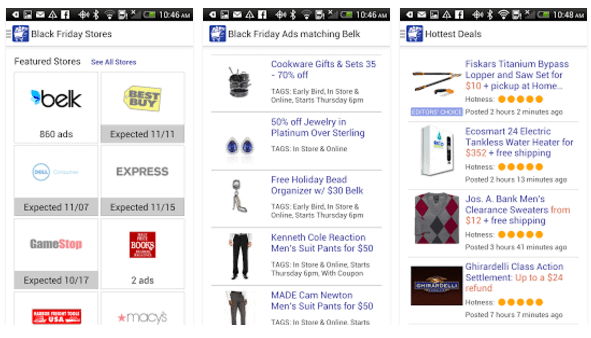 Here’s another app for Black Friday that will bring you the latest deals as soon as they happen. In fact, you can save certain searches and when new products are added that meet that criteria, you will get a notification, informing you of that new product. Black Friday 2015 also has all of the ad scans from the biggest stores. Including Target, Best Buy, Home Depot and so many others. 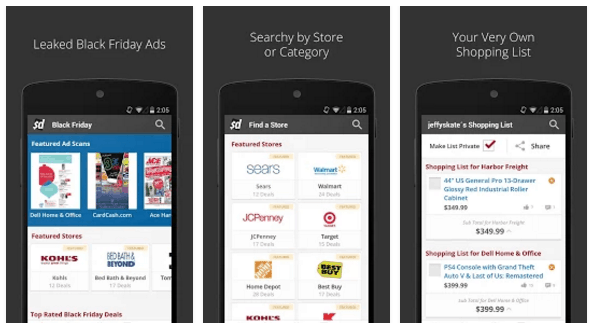 Slick Deals is one of the biggest websites finding the best deals all year round. And they have a dedicated Android app for Black Friday. If there is a sale, it will be in this app, guaranteed. Within the app, you are able to search for categories as well as for stores. Additionally, you are able to create your own shopping list in the app, and can be sorted by store. 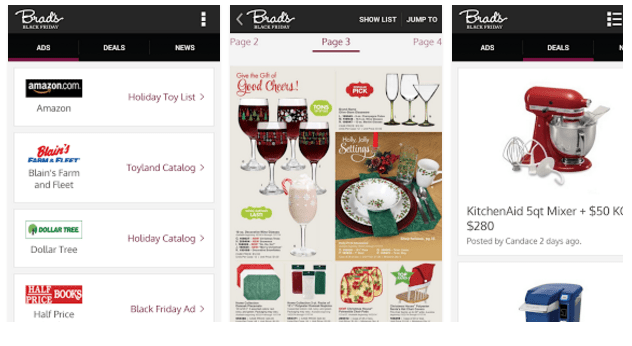 Brad’s Deals has the best Black Friday deals from everywhere on the internet. That includes Dollar Tree, Toyland, Amazon, Best Buy and so many other stores. You can browse through the stores ads for Black Friday as well as browse deals that aren’t sorted by store. Making it easier to find the exact item you want to buy this Black Friday. 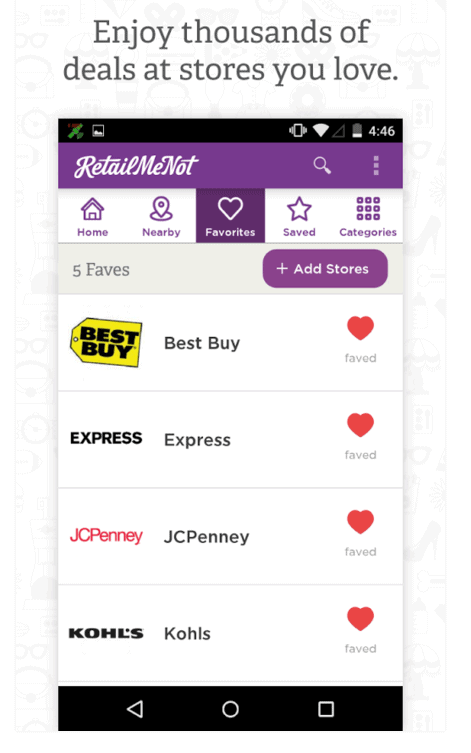 This is actually a great app to have all year round. It finds the best discounts and coupons from around the web that can be used. But for Black Friday it finds the best deals as well, just for you. It’s great for getting things even cheaper than ever. After all that’s what Black Friday is really all about. RetailMeNot will also show the barcode for coupons on your phone making it easy for the cashier to scan. 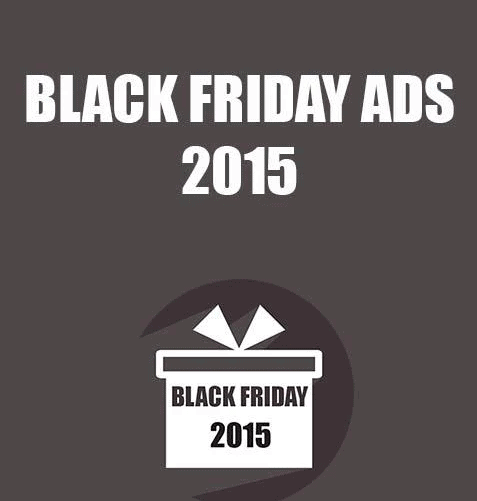 Black Friday isn’t just about physical goods. You can also get some digital goods like apps and games for your smartphone and tablet. This app includes all of those digital goods as well. Because we wouldn’t want to leave those out. They quote discounts as high as 90% off of the regular pricing. 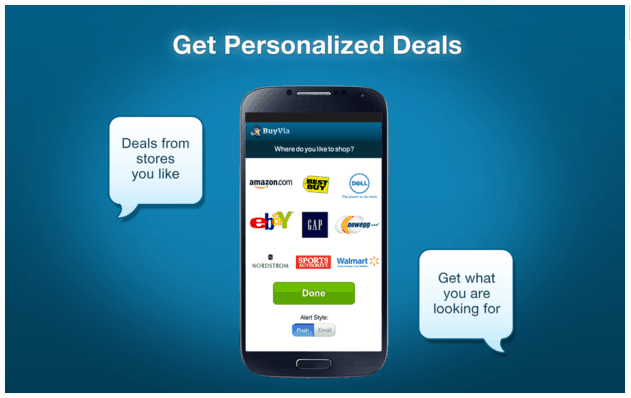 Much like the other apps on this list, this app also brings you the best deals from Best Buy, Amazon, Walmart, Target, and many other retailers for Black Friday. Bringing you the best deals in a timely fashion, that’s how you get things done on the busiest shopping day of the year. There is also a local shopping app included, for finding deals at local stores that might not be chains.