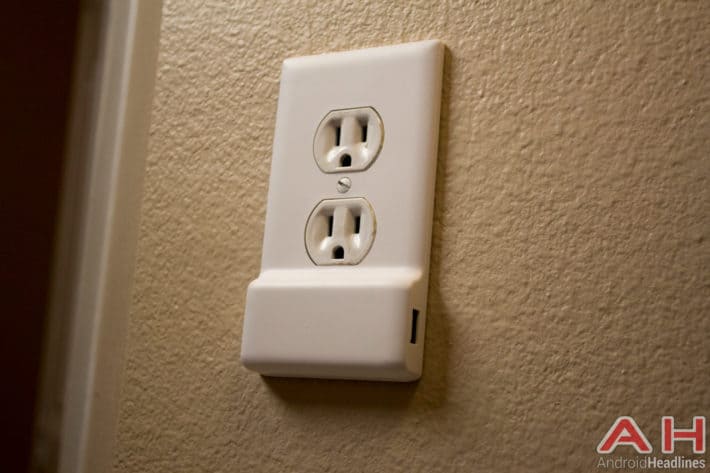 Chargers are a dime a dozen nowadays.  At this point most people have likely gone through a few smart phones and might even have the old ones laying around for backup purposes.  Since all of these phones comes with a microUSB charger, and basically everything else nowadays too, you probably have plenty of these lying around.  So what's the big deal when looking at an outlet that has a USB port built in for charging?  This one is a two-part deal actually, and it's something that seemingly hasn't been thought of until SnapPower came around and made a Kickstarter project to get their idea funded.  This outlet plate adds a USB port to your existing outlets, freeing up both those outlet ports for anything else you might need to plug in and requiring no wiring at all to do it.  It's an ingenious solution that actually works incredibly well, so let's see how it works. 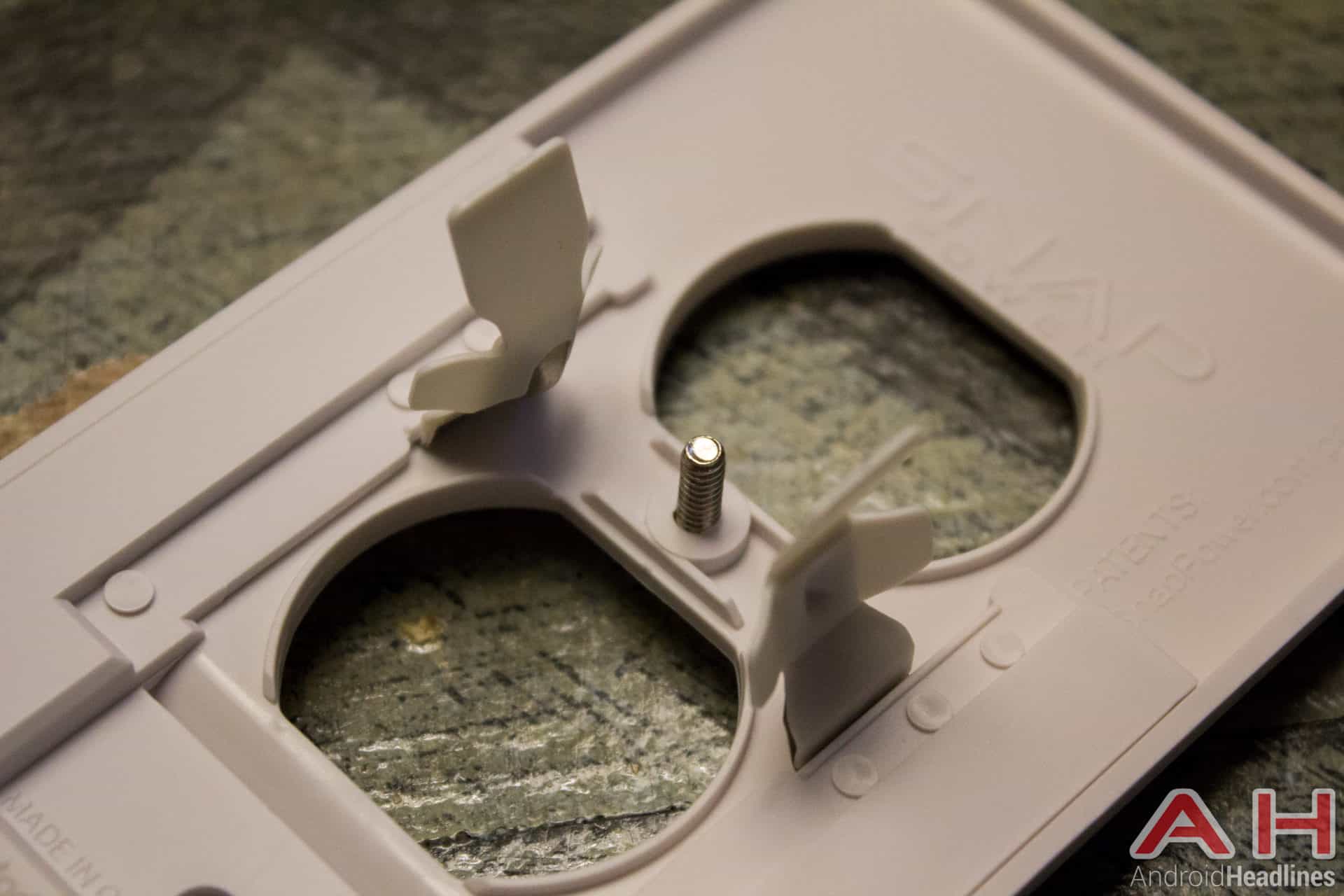 Most wall outlet covers are made of some pretty cheap plastic that becomes brittle after years of sitting over a wall outlet, or just from being screwed in too tight.  The SnapPower outlet is also made out of plastic but it's a much thicker plastic than most outlet covers are made out of, and it also weights a little bit more too.  We're talking the difference between .5 to 1 ounce for a regular outlet cover and 2.1 ounces for the SnapPower cover, so while it's double the weight or so it's still crazy light and won't be a burden to install by any means.  The outlet cover comes in a pretty nondescript clear plastic packaging that's simple to open and doesn't include any superfluous extras outside of a small slip of paper telling you to shut the power off before installation, and to check the manual on the website for more information.

The special sauce in the design here are the prongs you find in the back of the SnapPower unit.  These prongs connect to the screws on the side of the actual outlet housing and provide power for the 5 volt 1 amp USB port located below the two outlet holes on the SnapPower unit.  This means no wiring or anything fancy, you literally just screw the plate in and plug in your device to charge.  This may seem like "magic" to some folks who don't realize it's all in the prongs, but it's really a Godsend to those of us that have no idea what we're doing when it comes to electrical wiring.  This includes myself as I would never normally even attempt to install something like this if I had to wire the plate or USB port to the outlet on my wall.

Our unit came in white with the duplex outlet configuration, but SnapPower sells its units in both duplex configurations and decor for those tall square style outlets with GFI switches.  There's also a few colors to help match your walls including white, light almond and ivory.  Individually the outlets cost $20, however you can purchase them in packs of 2, 3, 5 and 10 for extra discounts, making them as cheap at $16 per cover.  Check out our short review and installation video below to see it for yourself. 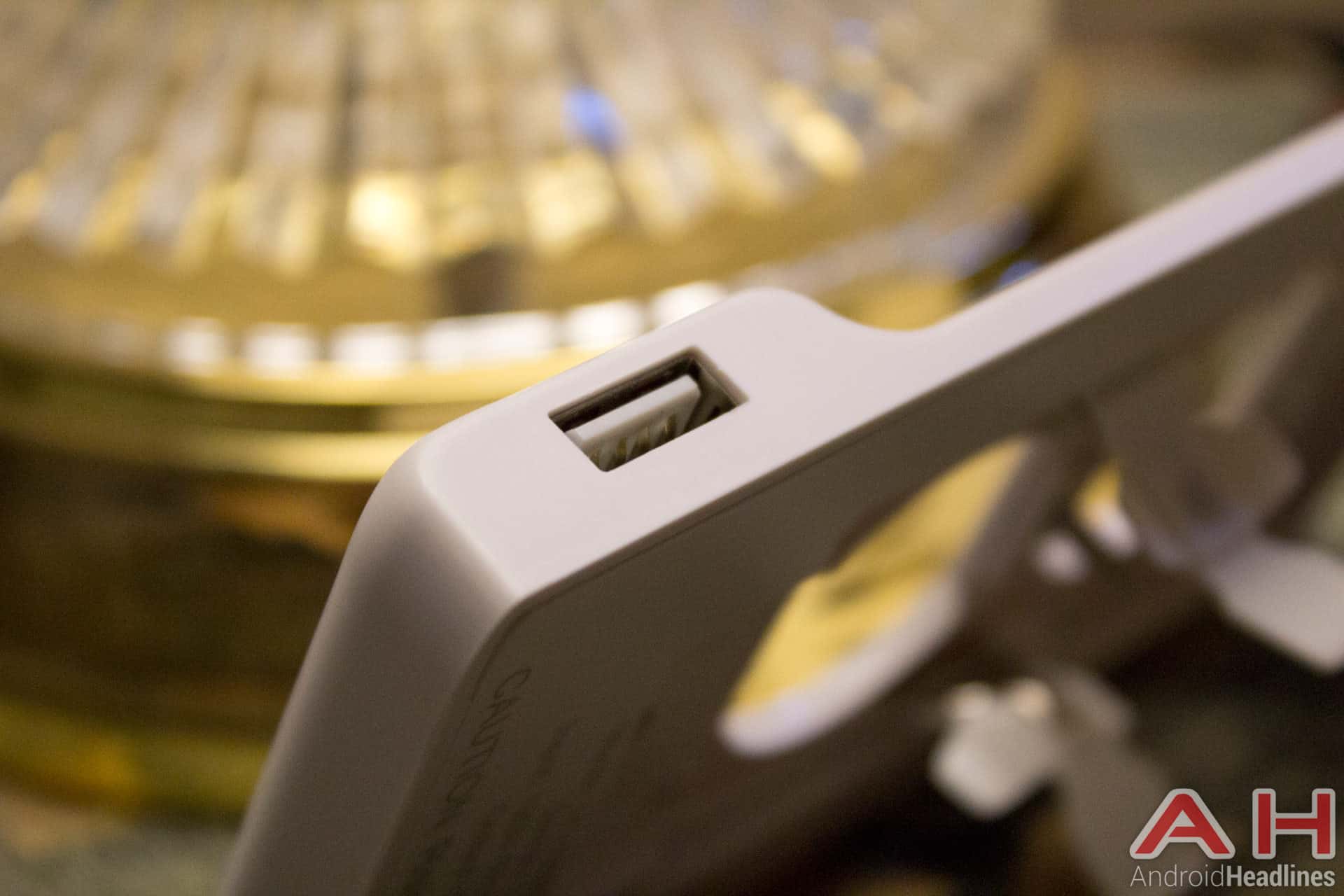 Since there's almost nothing to installing the product it's worth testing a little longer to see how well it works.  This is a standard USB port on the unit, and since it's a 5 volt 1 amp charger that means it's compatible with basically anything that can be charged via USB.  You can plug in a USB-MicroUSB cable as most Android phones ship with, USB-USB Type C as some newer Android phones ship with, or even a USB-Lightning cable that ships with iOS devices.  All of them work and all of them charged in my testing, although since this is only 5 watt charging it's not going to be super fast.  Many phones now ship with the ability to quick charge, meaning anywhere from 10-15 watts of power going into the phone.

Since this product is designed to be more about convenience than charging quickly it's difficult to knock it for this, but it would be nice to see an additional charger in the future that offers higher wattage charging.  SnapPower sells these directly from their website so there's no hassle in finding it at certain stores or anything like that, and the price is more than reasonable for what it is.  SnapPower also makes an outlet with a light below it for replacing a night light, again to free up both outlets and keep something ugly from sticking out of the outlet in the first place.  This is an excellent product, and while it's definitely more expensive than a traditional outlet cover it fits incredibly well on the wall and couldn't be easier to install.  Check out SnapPower's website for more information on styles and colors as well as purchasing options.