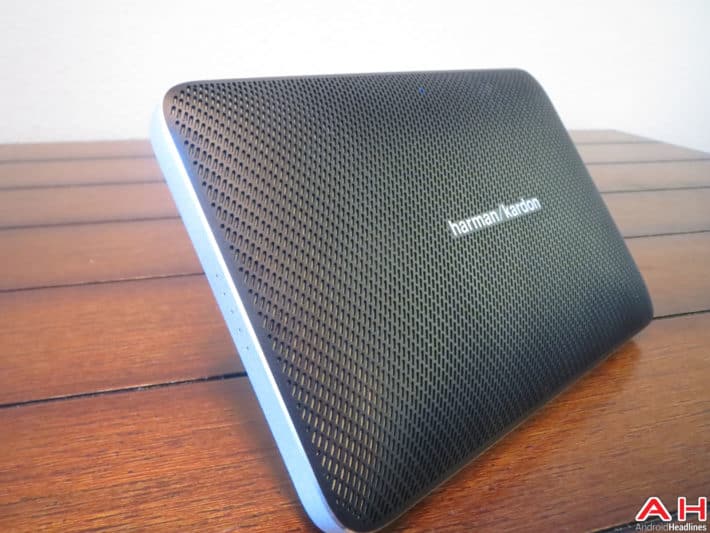 The last year has seen an abundance of new Bluetooth speakers landing on the market. Ones which range in price, but all come touting similar selling points that include longer battery life, a more durable nature and (hopefully) a better and richer audio experience. However, there is very little which really stands out on the market. That is, anything which offers more novel or interesting features. Although, there are a couple. One is the latest speaker from Harman Kardon, the Esquire 2. This is a Bluetooth speaker which is also designed to be a conference monitor. One which will fit in during your next meeting, as well as it does in your living room. One which comes touting a premium and more executive-like build. Although, it is also one which comes touting a high-enough price too. In terms of that price, the Harman Kardon Esquire 2 is available to buy for $199.99.

In terms of the specs, the Harman Kardon Esquire 2 makes use of four separate drivers which are designed to produce a richer acoustic experience and comes powered by a 16-watt (2 x 8w) capacity amplifier. The frequency range on offer spans 75 Hz through to 20 kHz, while the Signal-to-Noise Ratio comes in at >80 dB. Connectivity on offer comes in the form of Bluetooth 4.1, while everything comes powered by a 3,200 mAh battery; which is said to offer up to eight hours of continuous playback. In terms of the dimensions, the Harman Kardon Esquire 2 measures 130 mm in height, 190 mm in width and 34 mm in depth. While the Esquire 2 weighs in at 599 grams. 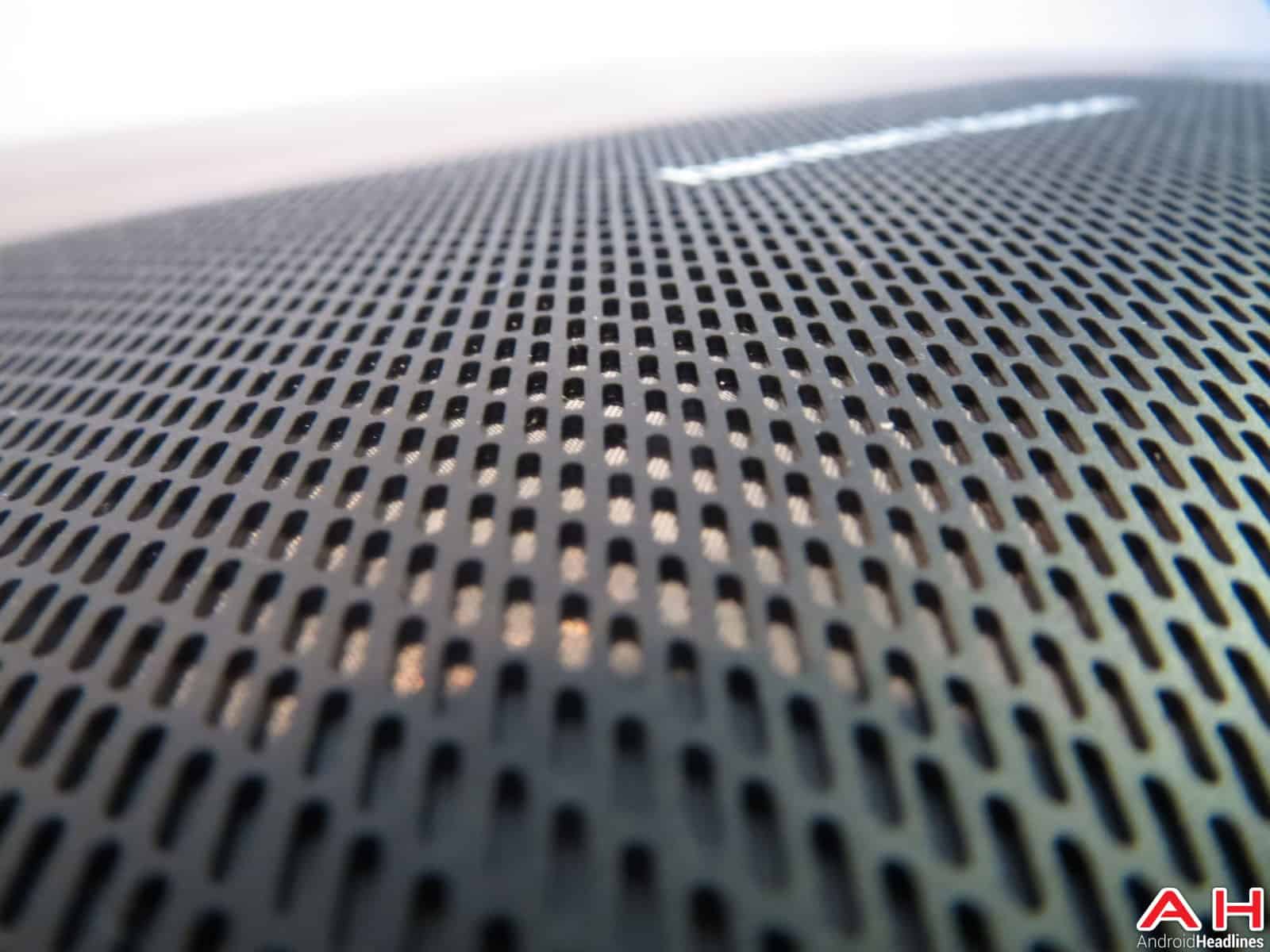 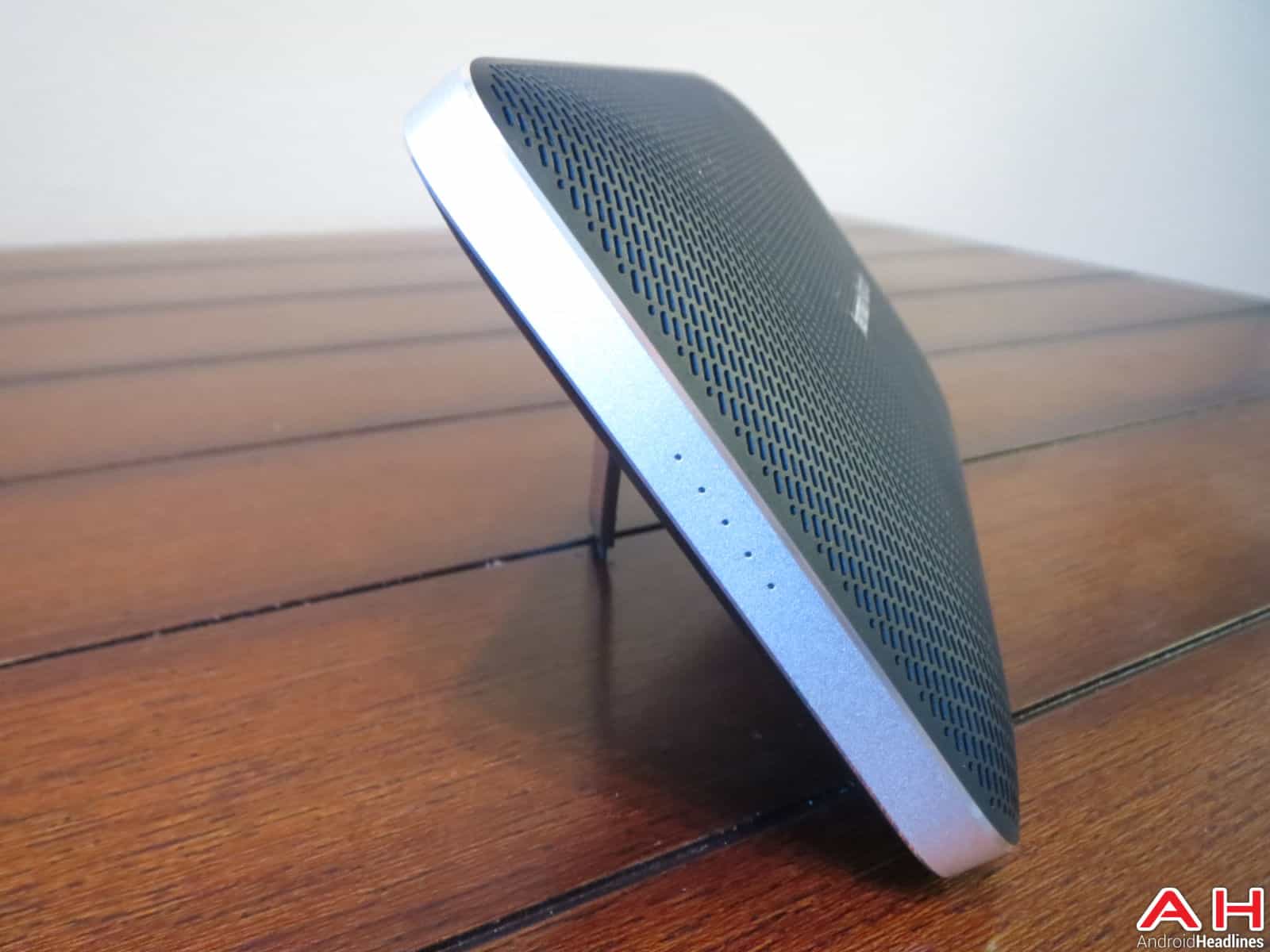 Likewise, the Mini also came with a nice kickstand which could be extended and used to prop the Mini up. One of the reasons that Harman Kardon probably included the kickstand on the Mini, is due to the lack of the Mini's depth which does not really allow the speaker to stand up by itself. An issue which the original did not face, due to the thicker depth on offer. As the Esquire 2 makes use of the same sleeker design, this one also comes touting an almost identical (albeit larger) kickstand. Which when tested was a nicely built and strong stand. 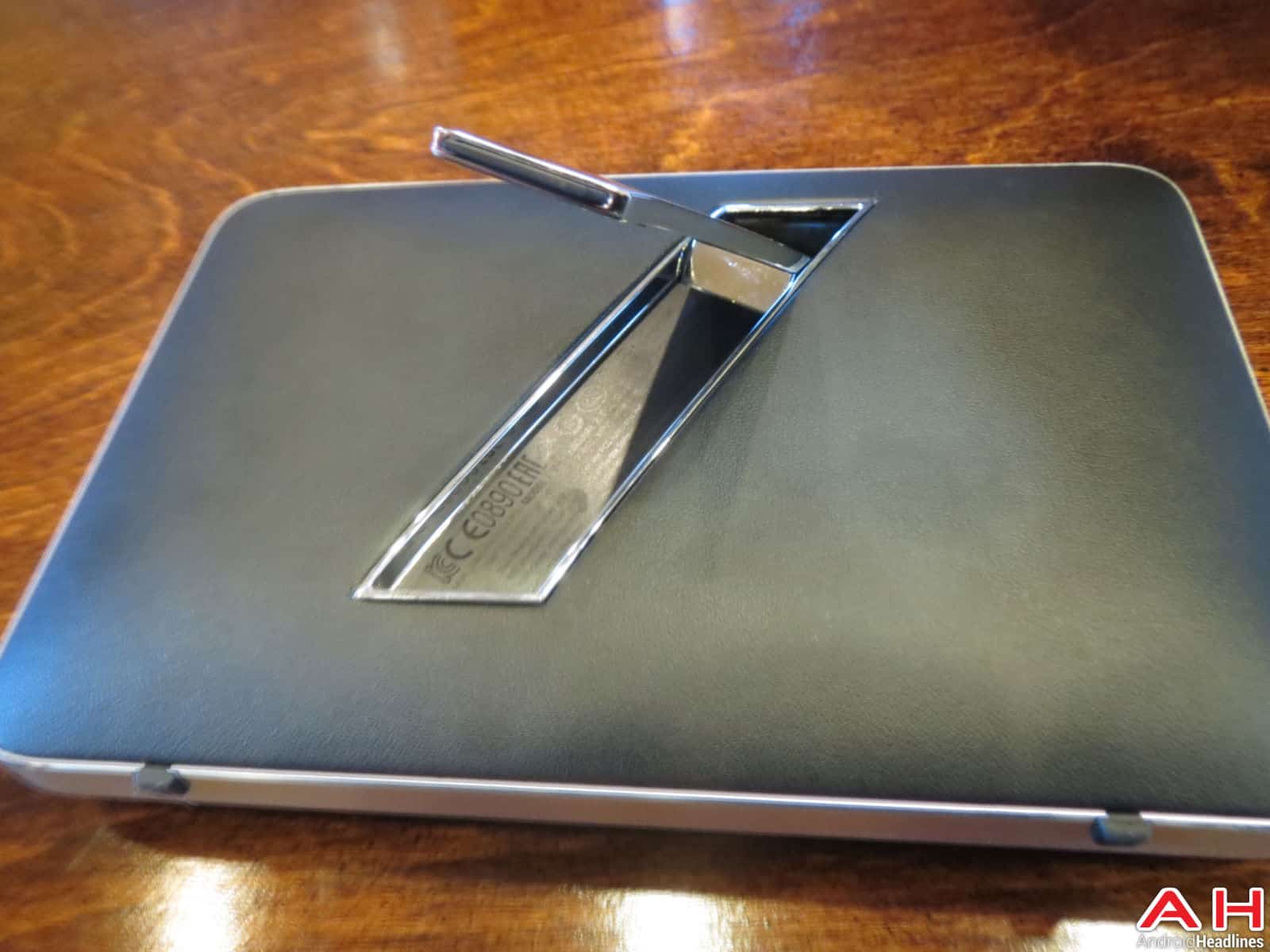 In terms of the connectors and possible due to its size, the the Esquire 2 is rather limited in terms of connections. Along the top is where you will find your main controls and these consist of the power button, Bluetooth pairing key, call answering and a mic shut off (mute) button. Also on the top is where you will find a long volume button. It is also worth noting that like the Mini, the Esquire 2 button presentation also sees a departure from the original Esquire. On the original model, the buttons occupied much of the top side and were again rather squarish and chubby-looking. In contrast, the Esquire 2 buttons are far more refined, smaller and compact. 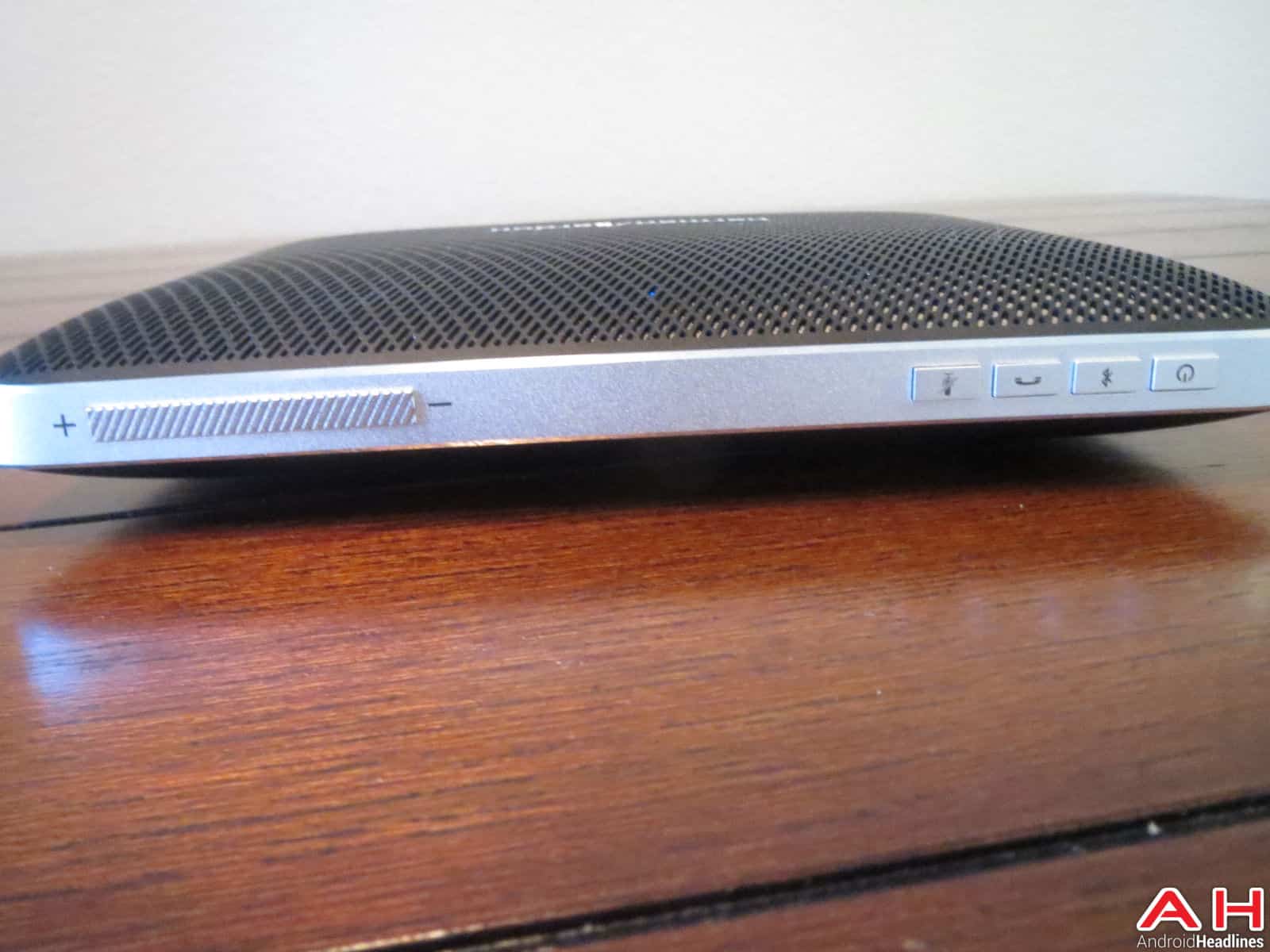 Moving to the left-hand side of the speaker and this side comes equipped with a USB port (which can be used to charge mobile devices), a 3.5 mm jack port and a microUSB charge port. 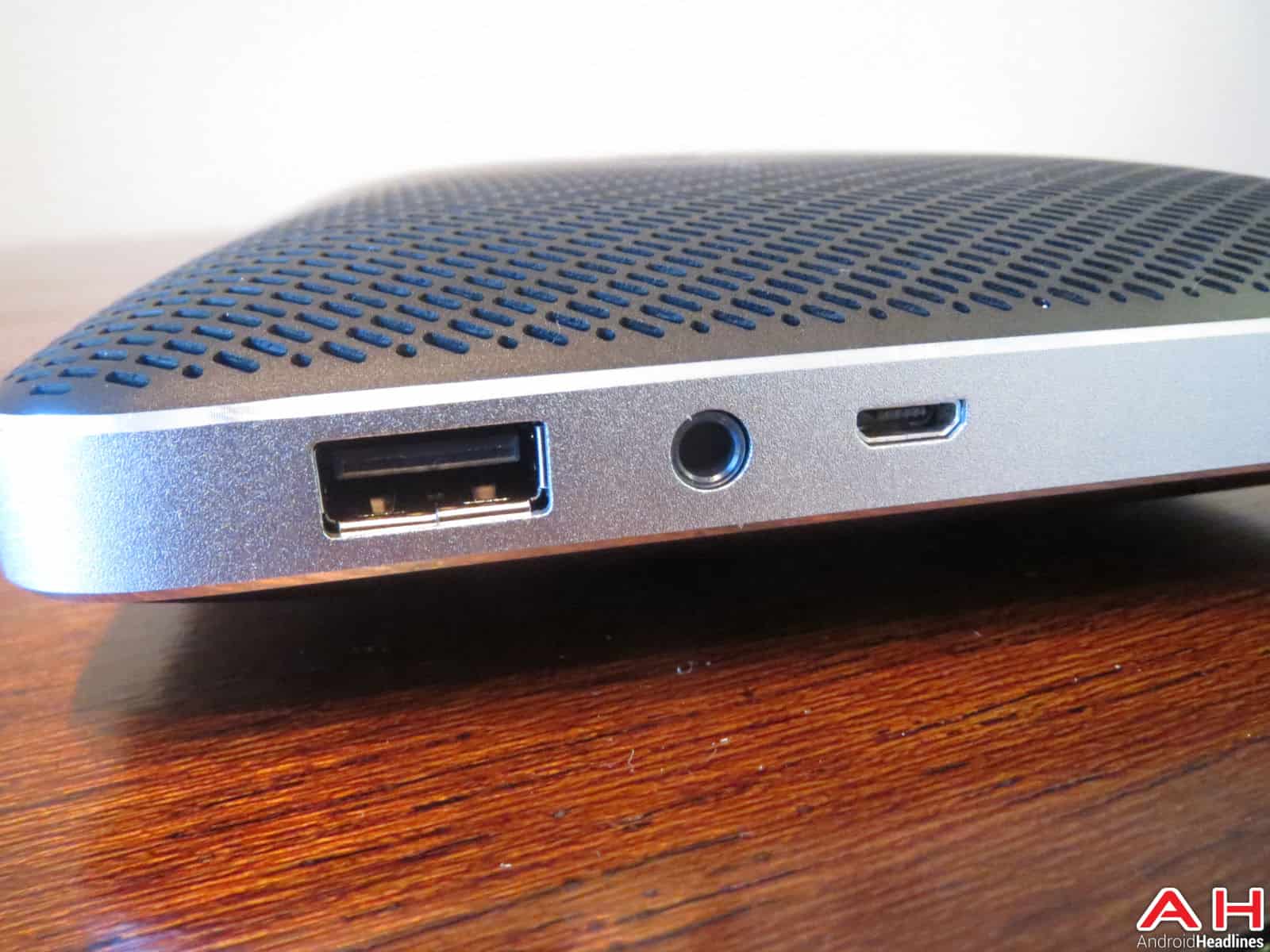 Generally speaking the right hand side and bottom are both left untouched with no ports or controls on offer. Although, the right-hand side is where you will find the battery indicator display. 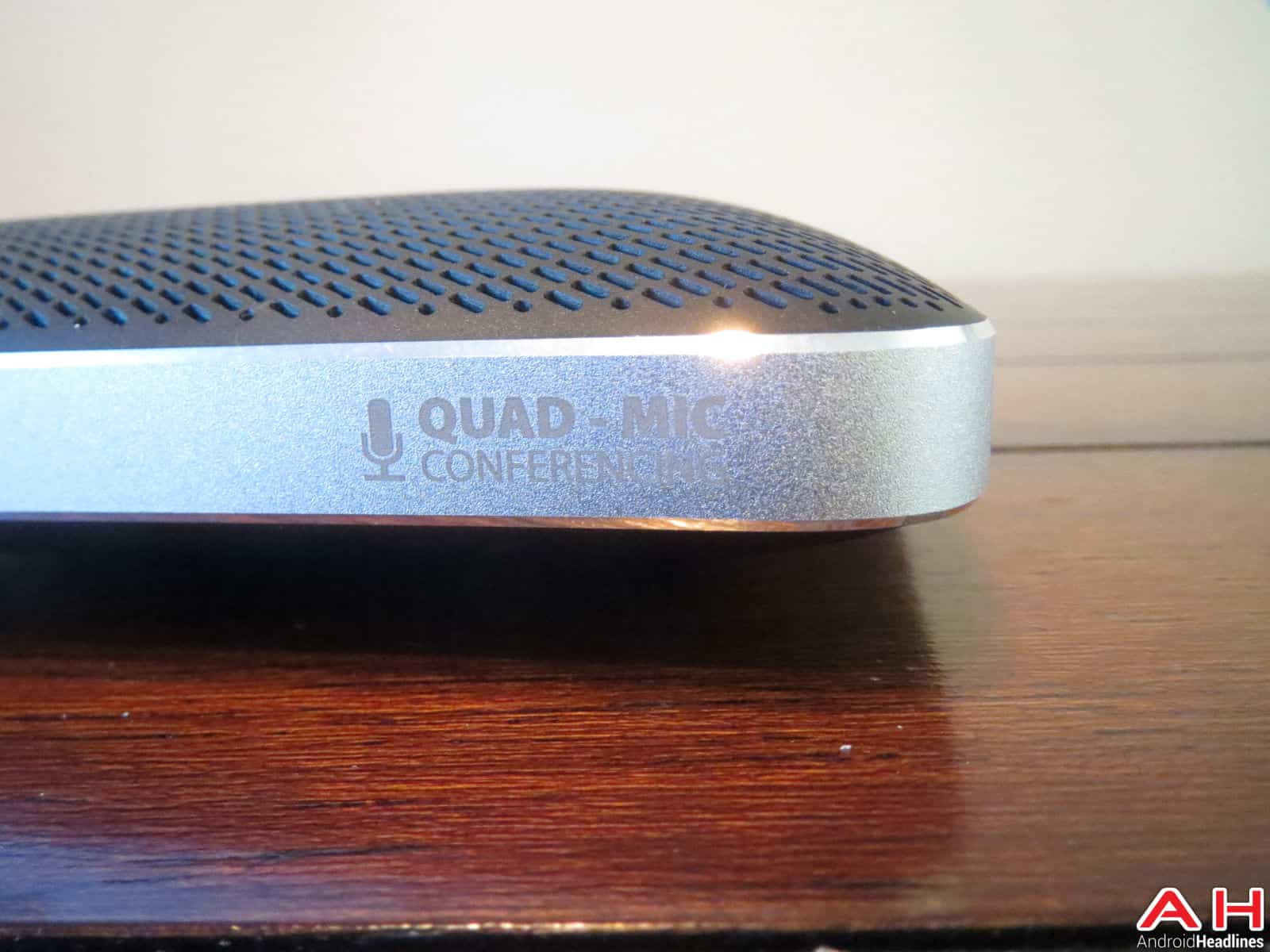 Before we get into the details on sound quality, it does need to be reiterated that this is marketed as a dual-purpose device. As well as being a Bluetooth speaker for the home, it is a conferencing system and this means that when trying to cover two markets like this, there is always going to be compromises at either end.

On the speaker side of things, the quality of the sound is excellent. This is a speaker which is equipped with four drivers and positioned in a way that the sound (most notably, the vocals) distribute evenly in all directions. As such, you do not have to be in any particular position or facing from a certain direction to really get a feel for the sound. The makeup of the four-way system also means that the speakers combine to produce a very rich sound. Again, especially in respect of the vocal range. However, this is also what causes the compromise.

Both the top and very lower bottom ends do suffer. Now, they do not drastically suffer where the quality is compromised in any way. But they do suffer in terms of the quality that you could get from another speaker. Keeping in mind, that the frequency range only drops to 75 Hz means that this is not able to offer any real or dynamic bass response and certainly not as much as those which drop lower. So the bass end is not really there, if you make a comparison to anything else on the market in this price range. Now, although the top end does max out at 20 kHz (which is fairly comparable to other speakers), the use of the equal drivers means the tweeter output (like the bass) is rather non-existent in any dedicated sense. In short, the tops, mids and bass are all forced through the same drivers, with little scope for clear separation of any. To be fair, the last comments do make the Esquire sound worse than it is and that is not the case. The quality of the sound is great and especially considering the makeup of what is inside. However, the point being made, is only to note that there has been a compromise on the audio playback as a dedicated Bluetooth speaker.

If we move to the other purpose of the Esquire 2, the conferencing aspect, then this is where the same make-up which has just raised criticism, comes to life. We have already established that the vocal range on offer is excellent and the use of the four drivers equates to a rich and all-directional sound. One which is ideal for use when used as a standalone conferencing monitor. Vocals are crystal clear and the omni directional design ensures that wherever you sit in proximity to the Esquire 2, the audio is equally distributed in a clear and rich manner. 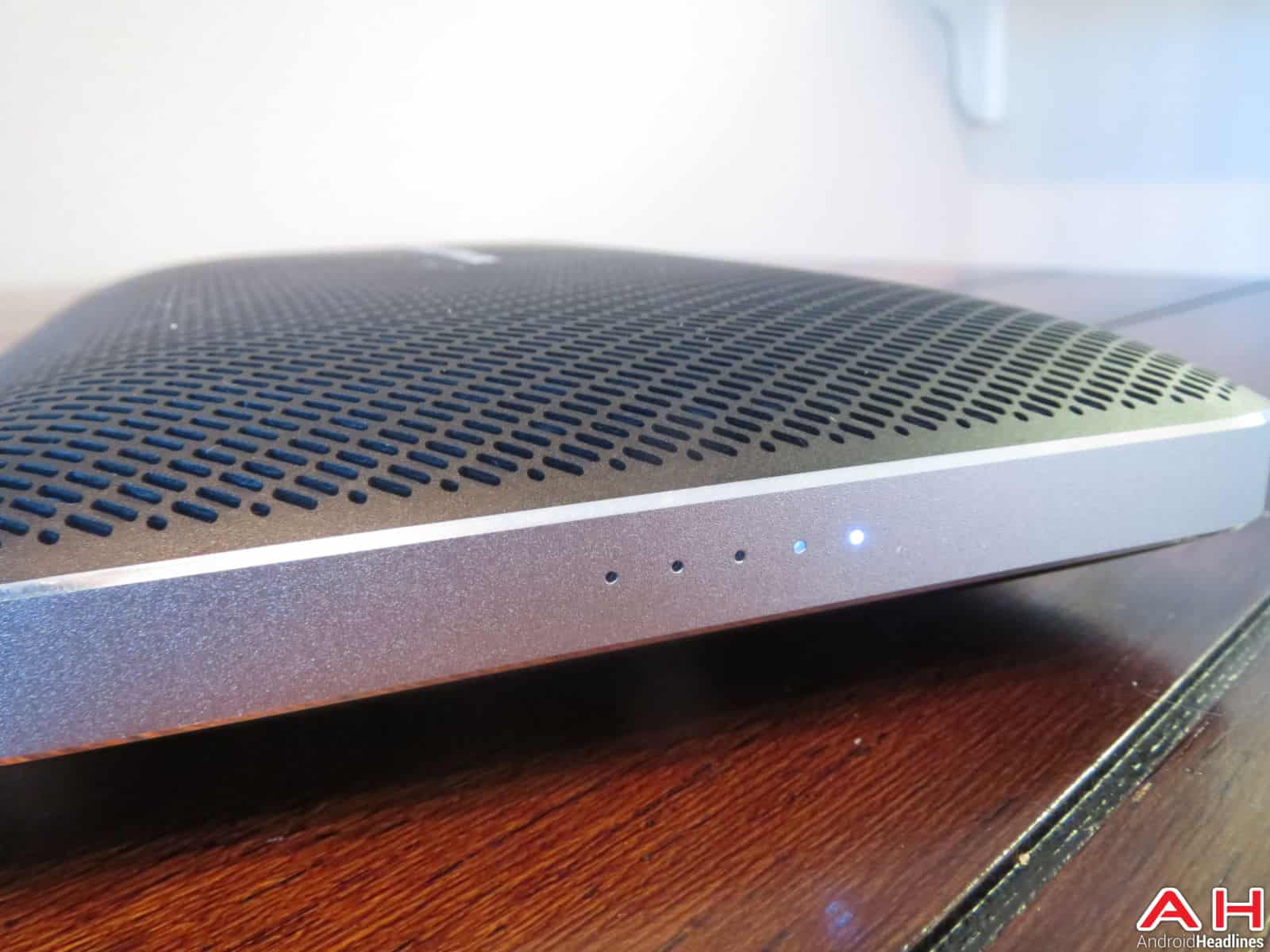 Nowadays, nearly all Bluetooth speakers come touting a good and sufficient level of battery life and on that note, a consumer is far less likely to encounter a good speaker which does not offer a suitable level of battery life. However, when it comes to the Esquire 2, this is not just a typical Bluetooth speaker, but also one which comes with the dual-use of being a conferencing system and therefore, places some focus on being more office-like. One of the ways in which the Esquire 2 achieves this, is by adopting a much smaller form-factor. Certainly one which is smaller than you would get with a more traditional Bluetooth speaker. One of the compromises in such a form, is a reduced capacity battery. In the case of the Esquire 2, this equates to a 3,200 mAh battery. This is not specifically a small battery, but could be viewed as small if you were to compare it to more run-of-the-mill premium Bluetooth speakers. And in all honesty, this is where this device does see its limitation.

The battery is stated to offer somewhere in the region of eight hours of playback. In testing, this was not realistically the case. At least, not when it comes to audio (defined as music) playback. When used as a speaker, the Esquire 2 was much more in line with a usage level of five hours. Of course, volume will always play a factor, however, the speaker was never run continuous at loud enough levels to really warrant unnatural battery drain. Therefore, the five-hour marker did seem to be a fair estimation of what should be expected.

That said, it is worth pointing out, as this is also a conferencing system, it is far more likely to achieve a greater level of battery-usage when solely used for this purpose. Based on the audio playback noted, it is possible that eight hours of usage might be obtainable, when used solely as a conference playback monitor. Although, if you are thinking about this as an audio (defined as music) playback speaker, then you would be wise to consider this as a five-hour usage unit.

In terms of charging, the Esquire 2 typically took about three hours (or not far under) to recharge from completely dead to full again. Which is a little slow for a battery of this size, but not a massive issue.

On the positive side, there were next to no issues when it comes to connectivity. In fact, the Esquire 2 was one of the more concrete connection speakers that I have tested recently. Throughout the hours of playback, the Esquire 2 never dropped off. This is a remarkably stable system and certainly one which can maintain a wireless connection, effortlessly. 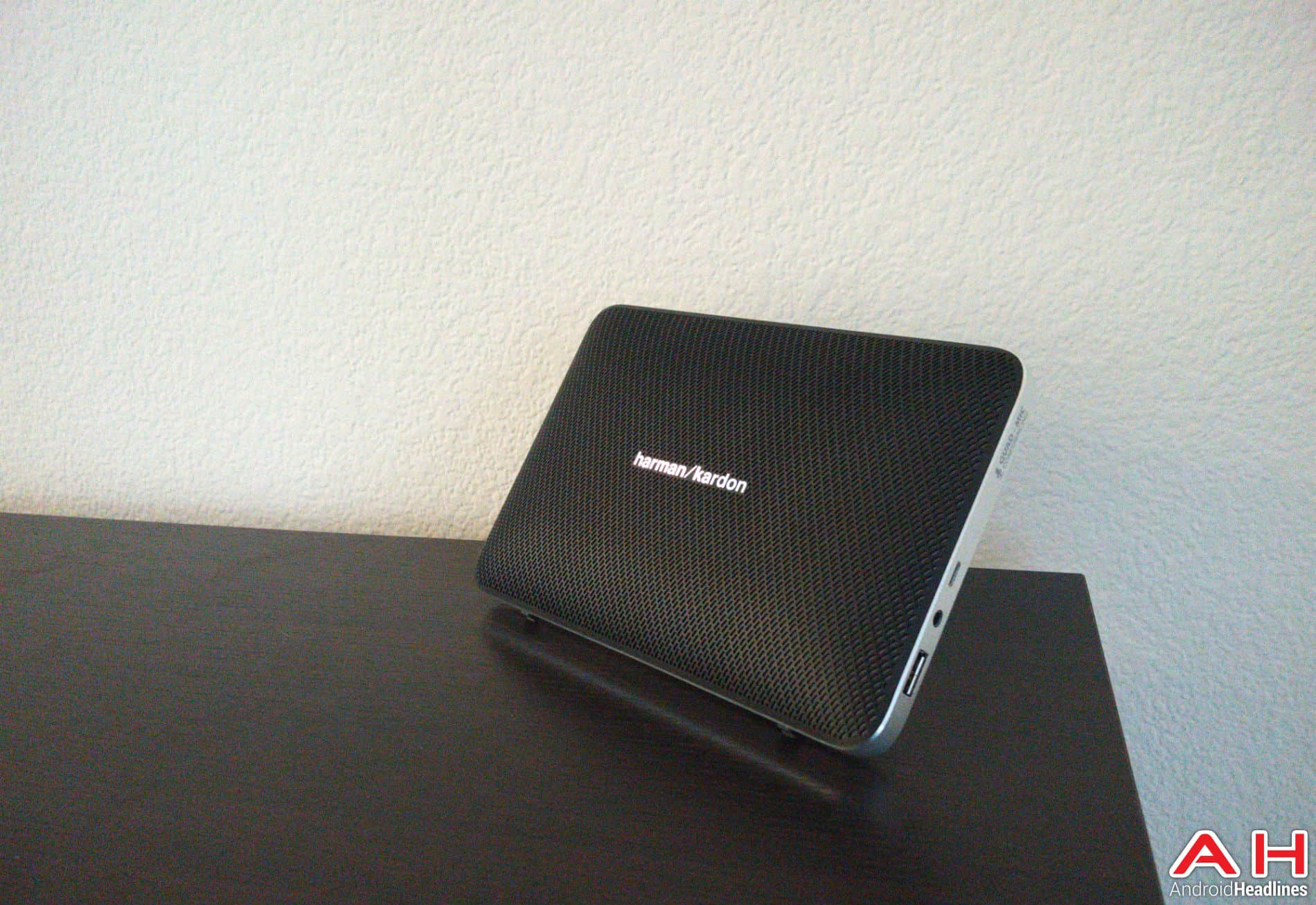 It is clear that the Harman Kardon Esquire 2 is not going to be for everyone. It is not. It is one of these products which does span two different markets and does inevitable compromise at the extremes along the way. Therefore, if you are after a powerful Bluetooth speaker that can deliver an across-the-board quality sound, then this might not be for you. However, its dual-purpose as additionally offering a conference feature, does make this an attractive device. This is easily a very effective conferencing tool and thanks to its omni-directional design means it will fit in very nicely on your desk, in the office or during a meeting. It can be used when you need to blast out some tunes and just as quickly, can be used to offer a highly effective communication tool. So where it does lack, it does compensate in other areas.

Should you buy the Harman Kardon Esquire 2?

This comes down to whether you see the value in such a product? It is clear, that this is designed more towards the executive market and if that includes you, then you will certainly see the value in this speaker. It is a very well-built device, it is designed extremely well and does illicit everything a premium and executive device should.