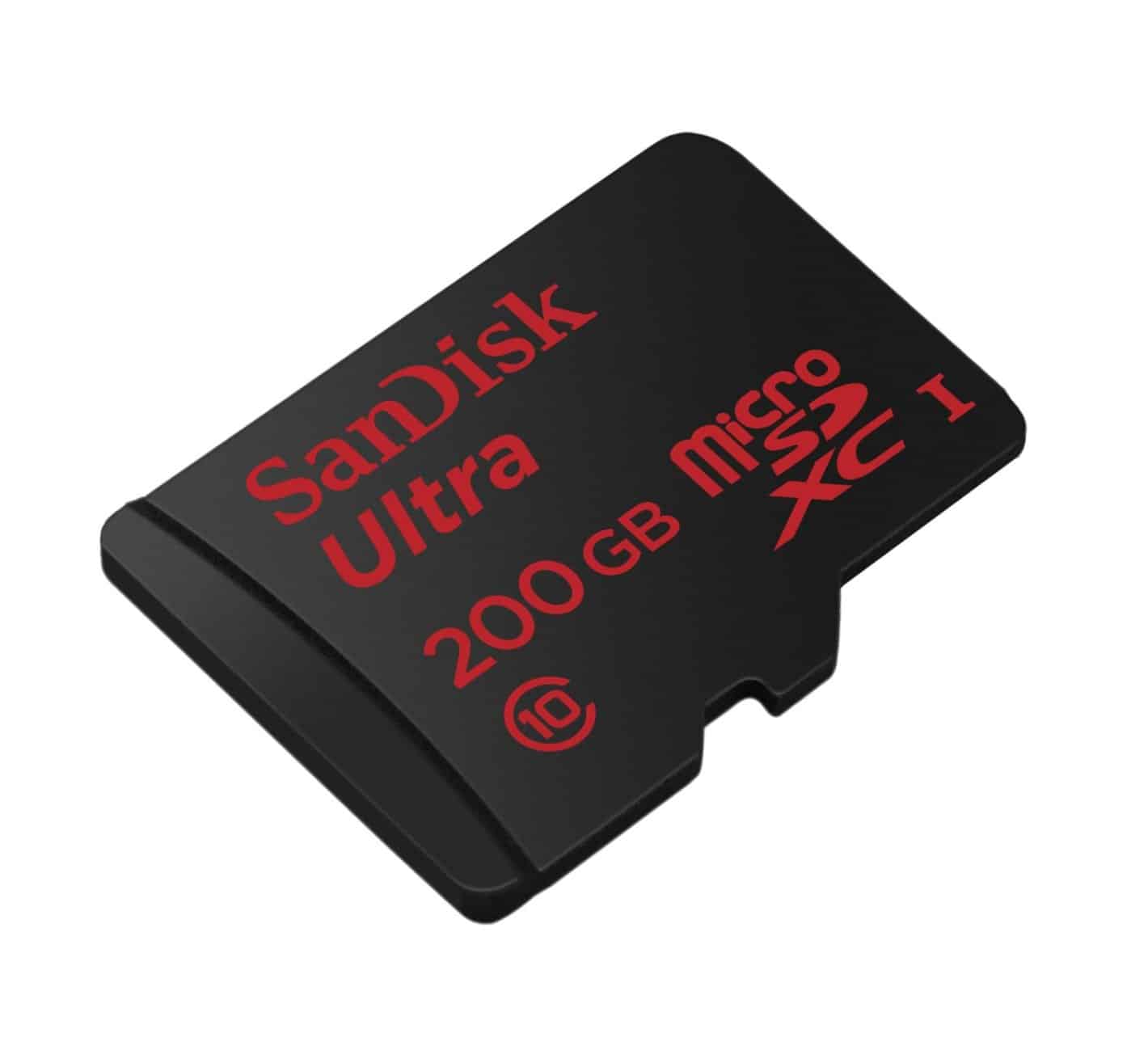 Today only, Amazon is selling the 200GB capacity microSD card from SanDisk for just $99.99. That's a pretty huge price drop considering just a few months ago, it was around $199, and just yesterday it was priced at $134.99. This 200GB MicroSD card will work in smartphones like the LG G4, HTC One M9 (and M8), Moto X Pure Edition and a few others. As long as it accepts 128GB, then this 200GB will fit in there just fine and work perfectly. This microSD card can transfer at speeds of 90MB/s, that's about 1200 photos per second. This is a great card for taking pictures, and especially 4K video which has been a staple in a lot of flagship smartphones in the past year or so.

In addition to the 200GB MicroSD Card here from SanDisk, Amazon is also having a sale on a slew of other SanDisk products. Including up to 60% off their other MicroSD cards, SD Cards, Solid-State Drives, USB flash drives and more! So if you're short on some storage, whether that be for your camera, smartphone, laptop, desktop or another gadget. Now is definitely the time to pick some up. SanDisk is a recognized leader in storage, so they are definitely a good choice.

Advertisement
SanDisk 200GB MicroSD Card - $99.99 SanDisk Products at Amazon
Trusted By Millions
Independent, Expert Android News You Can Trust, Since 2010
Publishing More Android Than Anyone Else
20
Today
101
This Week
101
This Month
3269
This Year
104748
All Time
Advertisement