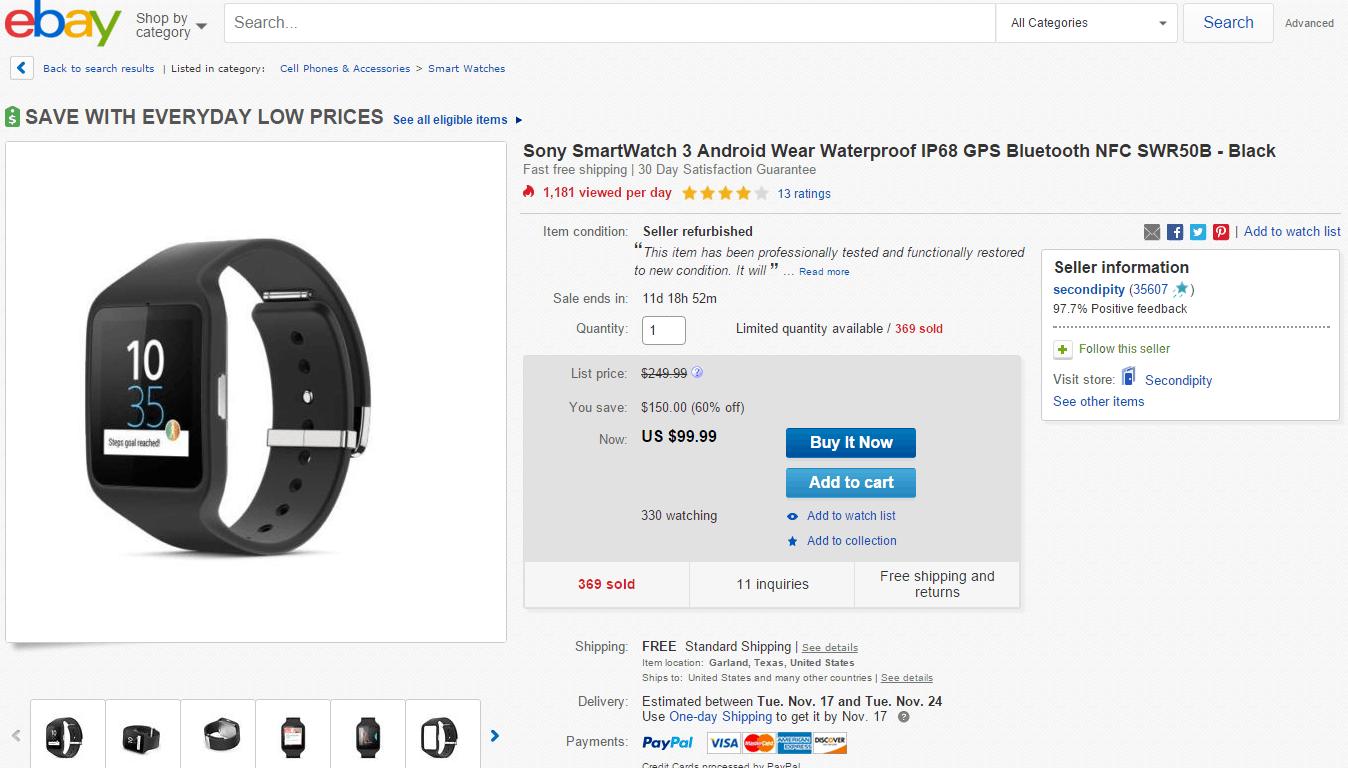 Android Wear has come a long way since the initial launch of the first two devices, and now that there is quite a few more options to choose from, some of the older devices are starting to pop up in some pretty good deals. Take for example the Sony Smartwatch 3, which was the first Android Wear device to actually incorporate GPS. Normally it costs around $249.99 but you can pick it up right now for just $99.99, which gets you a GPS enabled Android Wear smartwatch with a sporty look and feel and waterproof capabilities so you don't have to worry about it getting damaged by rain, sweat, or spills.

The Sony smartwatch 3 comes equipped with a 1.6-inch transflective display which should give it better viability in direct sunlight. It has a 420mAh battery which should last for about 2 days before needing a recharge. It's powered by a quad-core ARM A7 chip and has 512MB of RAM as well as 4GB of internal storage, and it features NFC for easier pairing and connectivity. With this it should also be able to make payments using Android Pay. For the rest of the sensors besides GPS it also has a built in accelerometer sensor, a compass, and ambient light sensors to help with the ambient display feature.