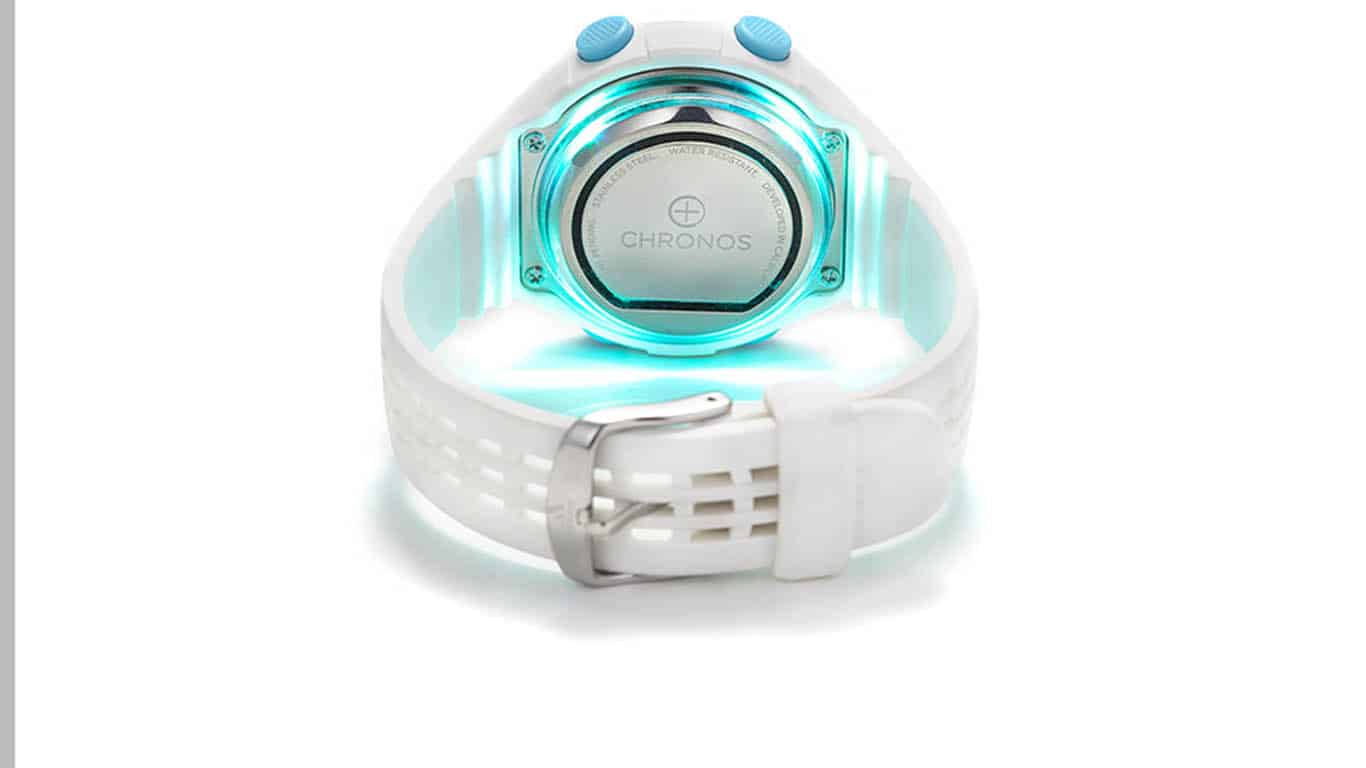 Be it for fashion, for status, or for craftsmanship some folks are just crazy about watches. The form, function, and popularity of watches are what led them to be the obvious choice for being amongst the first wave of wearable technology. One problem with smartwatches is that not every watch wearer wants to give up the classic timepieces in exchange for the hot new tech devices. Some people may wear watches that are antiques, or even heirlooms. Many traditional watches are well crafted by highly skilled watchmakers, and some of these are worth a small fortune. If you find some of those smartwatch features intriguing, but are one of these watch owners who does not want to simply discard your classic timepiece, there is hope on the horizon. This spring a new device called Chronos will allow you the option to add a little smarts to that dumb watch you are ever so fond of.

The Chronos, by Chronos Wearables, is a 316L grade stainless steel and water resistant disk that discreetly attaches to the underside of your watch via a non-residue micro suction adhesive backing. It has been designed to fit over 80% of modern watches, measuring 33mm in diameter, and just 3mm in thickness. It also boasts a battery life of 36 hours that is topped off using wireless charging. But just what kind of smarts can such a tiny disk add to everyday watches? Well, surprisingly quite a bit.

The Chronos disk comes packed with an accelerometer, haptic vibration, LED lights which appear through polycarbonate window, and Bluetooth 4.0 Low Energy integration to pair to your smartphone. The device doesn't require Android Wear because all its features are controlled through an app, which works on both Android and iOS. The app allows you to manage notifications and even set prioritizations on which of them get through to alert you. Currently the Chronos offers 8 different vibration patterns and 7 different LED colors, so you can create up to 56 combinations for personalized notifications. It also has integrated fitness tracking that can be connected to your preferred fitness app. Finally, the app is where you can customize the gestures and taps that are used to control the device's features. A flick of the wrist, or even tapping the face of the watch can be set to dismiss unwanted calls and other personalized functions.

The Chronos may not be as feature rich as some smartwatches, like the new Samsung Gear 2, but the price point reflects that with the MSRP at $129 USD. Additionally, pre-ordering will knock $30 off one disk, or $69 if two are purchased. Chronos Wearables has also teamed up with watchmakers Elliot Havok to offer a $169 USD bundle for a watch and Chronos, and Redux & Co to offer a similar pairing for  $389 USD.