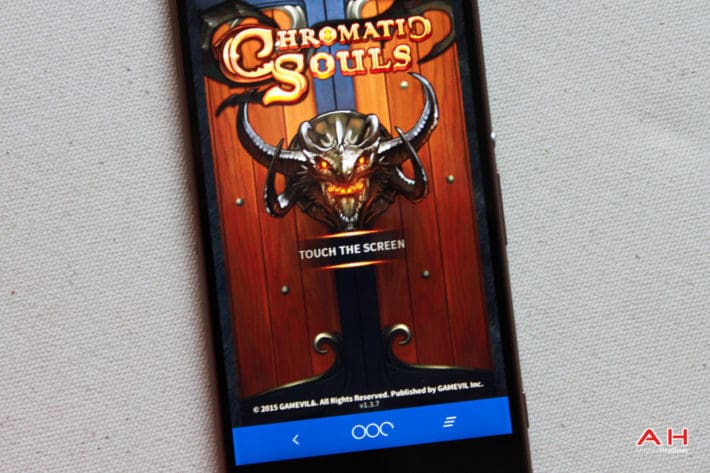 Gamevil is a company who has delivered many different types of RPG's to the mobile platform, and their latest, Chromatic Souls, has just hit worldwide release today on the Play Store. For those that love RPG games but prefer something along the lines of a slightly more classic, turn-based offering, Chromatic Souls should provide this type of experience. You still have all of the elements which make a decent and engaging RPG game, like different character classes, a leveling system, loads of quests and of course, loot, which you can collect as you progress through the game and equip it to your characters for better stats.

As you might expect from any RPG, it starts out with a bit of backstory to get you up to speed on what's happening in the game from the point you start playing. Not all RPG games are like this, of course, but it's a nice touch to get you feeling more immersed. As this follows a turn-based style of gameplay, you and your enemies will take turns unleashing attacks and defensive abilities in attempts to win the battle. Eventually, you'll be able to dictate the moves used as you see fit, but to kick things off you're run through a tutorial to get you familiar with the play style and how to interact with the interface, as well as which buttons do what.

Chromatic Souls has a decent level of complexity when it comes to content, but not so complex that it will be difficult to understand. There are also little touches of attention to detail that make the experience more enjoyable, like animated avatars for your characters that move when it's their turn. In addition to single player content, Chromatic Souls lets you link up with other players online for massive boss fights against raid monsters, something which might suit those who enjoy MMO games and are used to raids and dungeons which require more than a handful of players to take down more difficult bosses for a big reward. Gameplay is pretty simple, and the game also offers up some good graphics and special effects that make things more visually pleasing. Chromatic Souls is free, and you can pick it from the Play Store now if you want to give it a try.