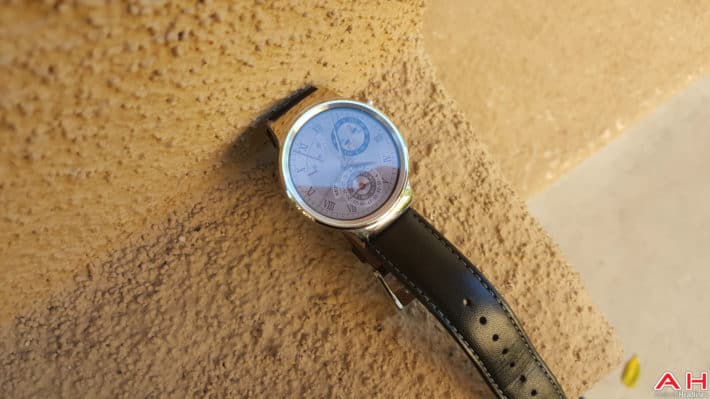 It looks like Huawei really wants you to purchase the Google Nexus 6P from their website as opposed to the Google Store. So much so that they have decided to offer a discount bundle when you get the Nexus 6P and a Huawei Watch. As announced on their website earlier, you can now get $50 off on your purchase of a Huawei Watch. Yes, this is really happening. The big catch, however, is that you have to get the Nexus 6P in order for the discount to be applied. Once you’re on their website, you just simply have to add both devices to your shopping cart. This will activate the discount and $50 will be slashed off of your total bill.

The Huawei Watch features specs similar to other Android Wear devices but it does boast its unbeatable display. The Watch comes with a 1.4-inch AMOLED display with a 400 x 400 resolution and 286ppi. To date, the device’s resolution is the highest that has ever been seen on a wearable. It is made from a 316L forged stainless steel with a scratch-resistant display. From within the frame, a 1.2GHz Qualcomm Snapdragon 400 processor powers the device together with 512MB of RAM, a 4GB internal storage, and a modest 300 mAh battery. Thanks to its interchangeable watch bands, you can pick out the style you want your watch to be in–genuine leather or stainless steel. The 42mm casing is available in three color options including Gold, Silver, and Black. Unfortunately, the discount is not applicable to the Huawei Watch Gold edition.

Meanwhile, the Nexus 6P features a 5.7-inch AMOLED display with a 1440 x 2560 resolution and 518ppi. It is powered by a 2GHz octa-core Qualcomm Snapdragon 810 processor with 3GB of RAM and the Adreno 430 GPU. The device is available with a built-in storage capacity of 32GB, 64GB, or 128GB. The phone is equipped with a 12.3-megapixel rear-facing camera with 4K video recording capability. A secondary camera is available in front with an 8-megapixel sensor. On the back, there is a non-removable Li-Po 3,450 mAh battery that gives power to the device. Upon release, the device runs on Android 6.0 Marshmallow OS. Colors available include Graphite, Frost, and Aluminum. Pricing for the Huawei Watch starts at $350 while the base model of the Nexus 6P starts at $500. With the $50 discount, you can get both devices for only $800. According to Huawei’s website, shipping starts early to mid-December.