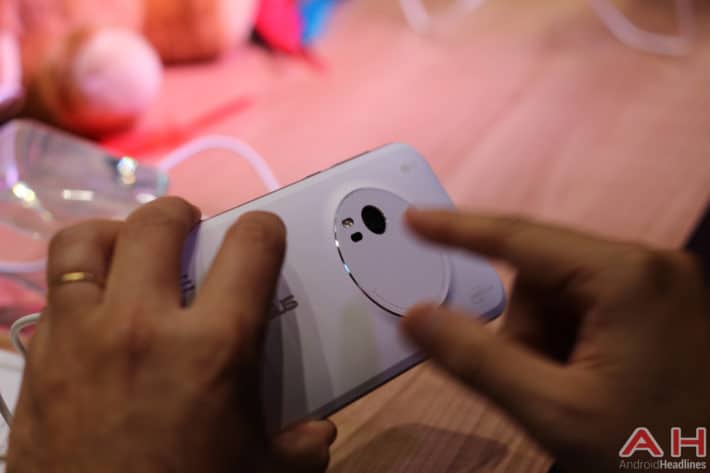 Asus announced the ZenFone Zoom ZX550 a while ago, it was unveiled in this year's CES, to be precise. It's a camera-centric device and its design certainly reflects this aspect, it features a large circular shaped hump in the back where the camera module is located. A second variant was announced more recently at the IFA, it was the model ZX551ML and while most of its specs are the same ones found on the original model, there are a few upgraded internals and some hardware changes. The newer phone includes 4 GB of RAM, more internal storage on the base model, NFC connectivity and fast charging capabilities, plus the screen is now covered with Gorilla Glass 4, which is the latest version of the glass. Neither of these phones was very popular, but they can be found on certain online retailers. Now, a variant with model number Z00XSB has been approved by the Chinese regulator TENAA, so the device might launch soon in that region.

This is most likely the revised version we're talking about, as the back of the phone shows the speaker grille with 3 perforations instead of two and there's an Intel logo, as that's the brand of the processor powering up this device. The specs also mention 4 GB of RAM, which is the amount of memory included in all versions of the newer model. The camera of this phone is the same module featuring the HOYA CUBE lens assembly, the sensor has a resolution of 13 megapixels, but it is one of the few phones that integrate a 3X optical zoom. It also features OIS, a dual-tone LED flash and laser autofocus. The camera on the front is a 5-megapixel one.

The IPS display of the ZenFone Zoom measures 5.5 inches and it sports Full HD resolution. The internal memory on this particular model is 64 GB and it can be expanded with Micro SD cards. The Intel processor is clocked at 2.3 GHz. This phone's dimensions are 158.9 x 78.84 x 11.95 mm and it weighs 185 grams. On the software side, it runs the customization made by Asus called ZenUI on top of Android 5.0, which is starting to be outdated with some smartphones already running on Android Marshmallow.