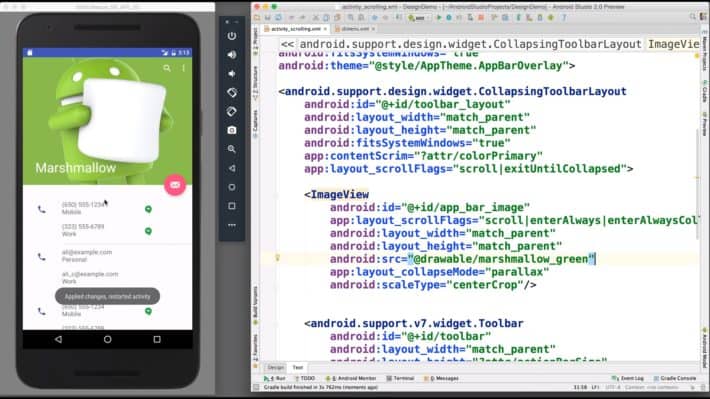 The update rolling out will bring your Android Studio version up to 2.0 and with it there are a number of small fixes and improvements included. Although, there are two particular features which should provide useful. The first is going by the ‘Instant Run’ tag and is a rather aptly named feature. The crux of this one is that it will allow you to preview changes to the code in a sort of real-time format. So once a change is made, you will instantly be able to see the effects either on your development device or through the emulator.

The second big change announced is the inclusion of a GPU Profiler. This is designed to offer a better and more accurate graphics-related preview. The GPU Profiler will essentially allow you to profile your OpenGL ES Android Code. For those that are more graphics oriented, it is worth noting that Google does state that this is still in a beta mode (“early preview”) and is “very powerful”. Interestingly, these two updates seem to be the start of what’s to come. The Google announcement on the update does specifically state that there s a lot more to come and will be announced in more detail during their Android Developer Summit. However, if the GPU Profiler and Instant Run features are anything to go by, then it does look like this is quite a substantial update heading out to the Android Studio. Those interested can read the full announcement by heading through the source link below. Alternatively, you can check out an example of how the newly announced ‘Instant Run’ feature will work by hitting play on the video below.