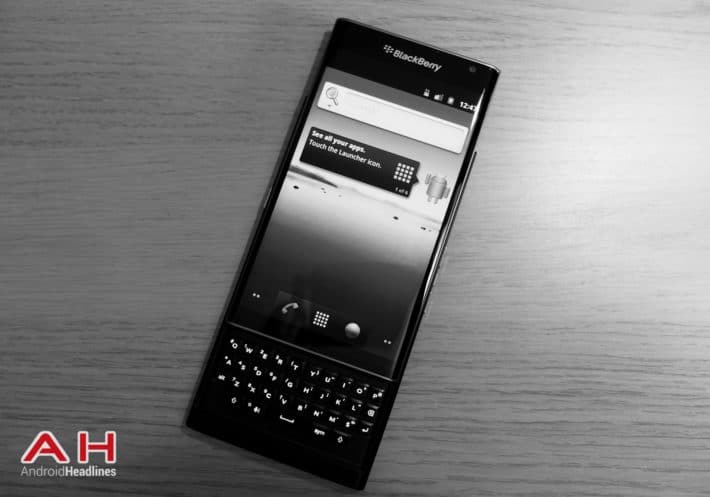 Over the summer, we kept on hearing about a mysterious BlackBerry smartphone running Android, and then as we entered the Fall we kept hearing more about it, and then it happened. BlackBerry, the proud Canadian firm that refused to adopt Android years ago finally launched a device that had a modern operating system on it. Between the Editors here at Android Headlines we have a couple of BlackBerry Privs on hand, and our Reviews Editor, Nick Sutrich, will be putting together a full review in due course. I have one here and in the admittedly short space of time I've spent with it, it's been quite an experience indeed, taking me back in time a little and making me wonder just how successful a BlackBerry can realistically be in 2015.

The first thing I noticed about the Priv when I took it out of the box to set it up was how good-looking a device it is. It's sleek, modern-looking and the carbon-fiber effect on the back panel is classy and has a good feel to it. Then I flipped the keyboard open. Once I did that, I was holding a device that was ridiculously tall and felt very top-heavy, and for what? A small keyboard that has little to no feedback and poor lighting? Of course, this is a response that a 24-year old such as myself is supposed to have. When I was 17, and had enough money to get my first smartphone, I chose an iPhone 2G (otherwise known as the original 8GB evil) and then I moved on to an iPhone 3G, then an iPhone 3GS and I finally landed at Android with an HTC Desire, and I haven't looked back. I have owned and seen many Android smartphones pass through my desk over the years, and not one of them has a hardware keyboard. This is a problem. For both my thumbs as well as the BlackBerry Priv.

I am constantly reminded of how smartphones that weren't an iPhone were struggling to find their identity. Back in 2007/2008 Android devices like the T-Mobile G1, the original Motorola Droid and even devices like the later Desire Z from 2010 didn't know if they wanted a keyboard or not. Android was originally developed with a hardware keyboard in mind, and the story famously goes that after seeing the announcement of the original iPhone, the team led by Andy Rubin went back to the drawing board. Regardless, the idea of a hardware keyboard is not a bad one. After all, there is a reason PC gamers prefer mechanical keyboards and console gamers can't get on with touchscreen controls. I was raised on the N64 and the PlayStation 2 and detest touchscreen controls on smartphones; they're clumsy, frustrating and my massive thumbs take up valuable screen space. A hardware keyboard offers up a little tactile feedback, leaves you with more room to see your messages and it was what people were used to. Back in 2008. 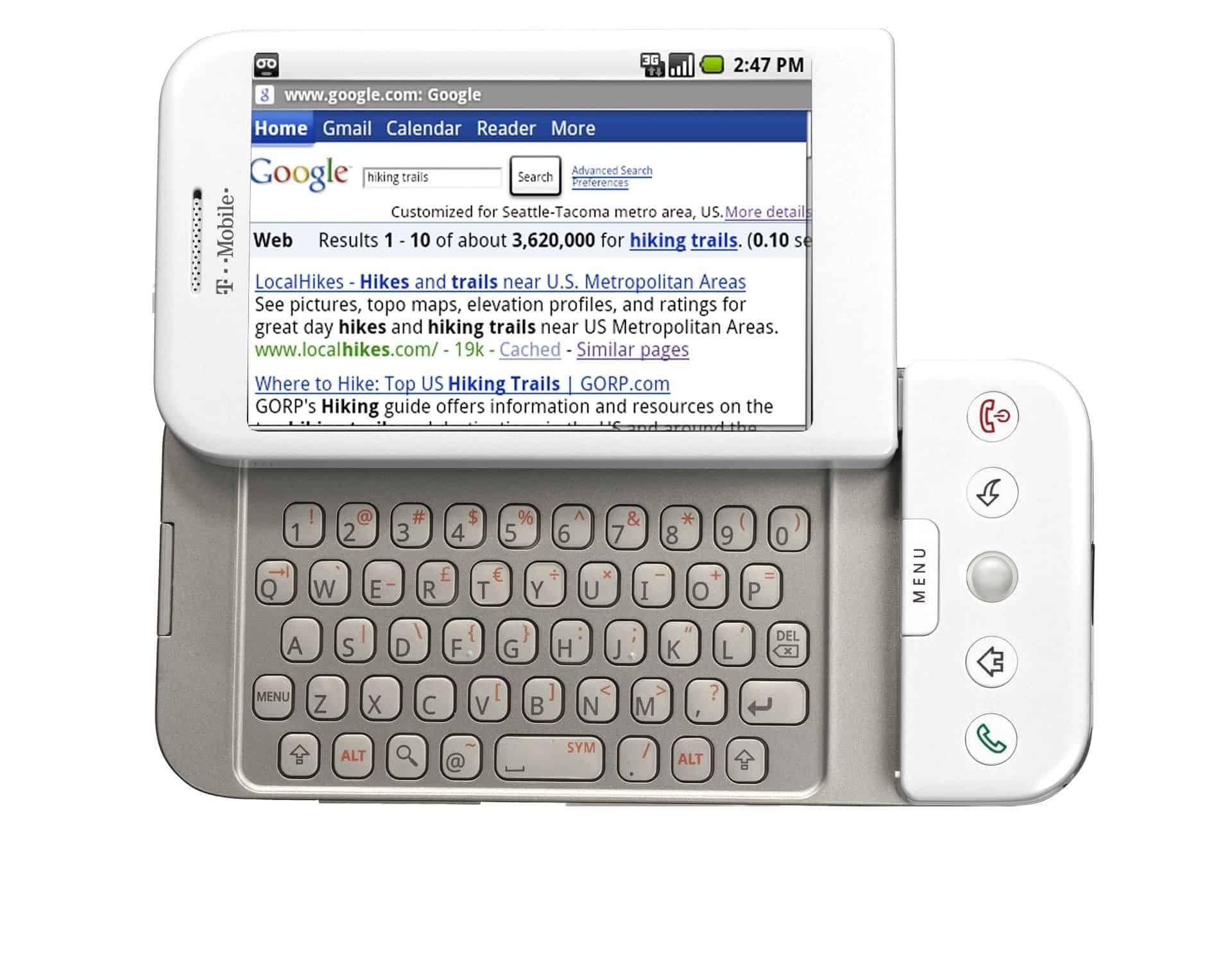 That was back then, in a market filled with 3.7-inch and 4.0-inch displays with resolutions of 800 x 480 or 960 x 540 if you were lucky. It's 2015 and even budget devices that cost very little have displays with resolutions of 1280 x 720 and a lot of phones feature a resolution of 1920 x 1080. Not to mention the fact that 5.2-inches to 5.5-inches seems to be the norm for smartphone screen size these days. Long story short, we no longer need the extra space a hardware keyboard used to provide us with. We have ample screen resolution and screen size to make a touchscreen keyboard not only work, but to be an excellent method to get things done with.

Of course, it was more than that back in 2008, users were either graduating from a BlackBerry or a similar Windows Mobile clone to one of these Android devices and touch response wasn't what it is today. It made a lot of sense to offer up these sorts of hardware keyboards. You have to appeal, in some fashion, to what the customer already has in order to get them to switch and switch they did. In just a few short years the BlackBerry became the sole reserve of those desperately afraid of change and those that needed the admittedly quite good security and enterprise features.

Now, in 2015, I can honestly say it has been years since I have seen a BlackBerry in the flesh, years. Now, that's not to say there aren't people out there still using and enjoying their BlackBerries, but that there are a whole lot less of them. The problem that BlackBerry, formerly known as RIM, had when the iPhone and Android started to take off was that they were old even then. After years of celebrities being spotted with BlackBerry smartphones and model after model with the same look and feel, and same old keyboard as well, it was time for a change. It was time for something new. With fresh new features, better cameras and a choice of a keyboard or no keyboard smartphones from Apple, Samsung, Motorola and LG were finally coming into their own, and rather than fight back with what customers clearly wanted, they sat back and dug their feet into the sand.

Instantly, the fact that the BlackBerry Priv runs Android makes this a BlackBerry I can use. I can simply set up my Google account and get all of my apps and contacts with little to no hassle, and I have access to all the same sort of apps and games that I've come to expect. That's one major problem the BlackBerries of old had solved. The form factor and keyboard here however, represents a new problem, one that represents something that people have grown out of; the need for keys. 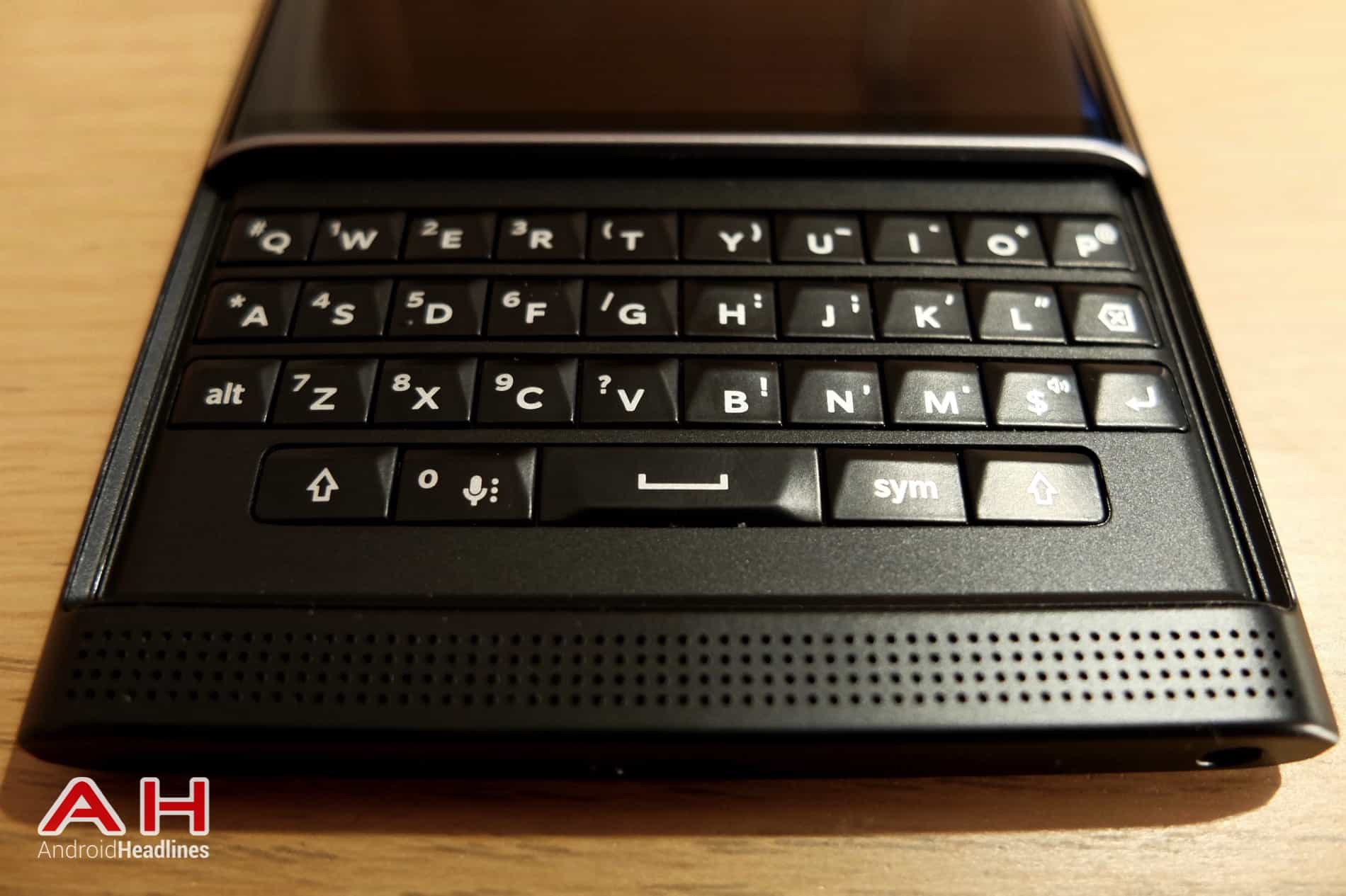 I'll admit, I have practically zero experience with a hardware keyboard on a smartphone, save for some messing around with my Dad's old G1 and a BlackBerry a couple years back. Even so, the keyboard here is not what I would have expected from a BlackBerry. Not only is it ridiculously small and recessed into the device's frame, but it has practically no feedback at all. The keys have no movement to them, and it's like pushing tiny pieces of candy further into a sticky mess. Approaching the keyboard like a madman, pushing in keys or just tapping them really hard did get me somewhere, but after spending 3 – 5 times longer typing messages in Hangouts, I gave up and went to using the software keyboard included. Much better. As an upshot, my display won't be covered in thumbprints from sliding up the display all the time now, either.

So much has changed in the past 7 to 8 years when the BlackBerry was the height of communication, and that's going to be a problem for the brand looking to climb back up the ladder with their modern Android smartphone. Make no mistake, the fact that this is running Android is fantastic, and BlackBerry have restrained themselves to only making adjustments to the overall software that are actually useful, and they're nice to have. However, in the past 7 years or so we have changed the way we use smartphones, and changed what we expect from them as well. These days we expect a touchscreen experience top to bottom, and for a lot of modern smartphone users, they've completely forgotten, or simply don't want to, use a keyboard like they did with the BlackBerries of old.

A keyboard is much more than a gimmicky feature, especially for a company such as BlackBerry, it's a large part of the whole experience of a smartphone. For a lot of users, this will be something they've simply forgotten about, and that makes the Priv a device for one of two customers. One is of course, the BlackBerry die-hard, someone either holding on to some ageing piece of hardware or shamelessly trudging along with an Android device. The other is someone who is sick and tired of today's status quo of slate-looking devices with little to set themselves apart from each other save for color and a few changes here and there. For that latter customer, the Priv might be the breath of fresh air that they were looking for all along, that is if they can get used to the keyboard. At the very least, the Priv is something different and it wouldn't be a bad thing if the BlackBerry returned to the top-tier of the smartphone world, but it's a tall order at this late stage and an Android smartphone without a keyboard, and a lower price point might have turned heads all the same in 2015.