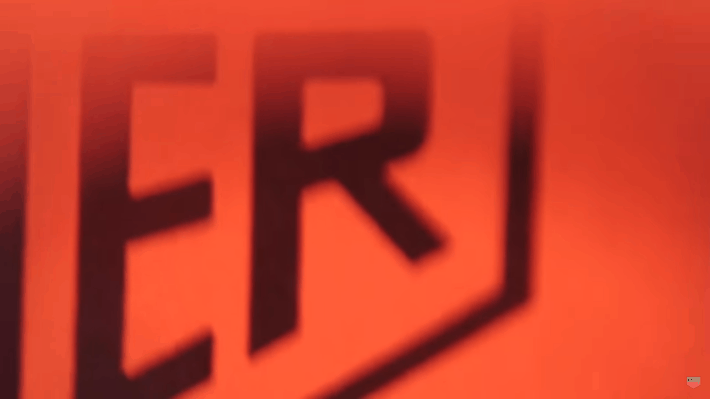 Earlier this week, the TAG Heuer Connected smartwatch was finally, officially announced. Jean-Claude Biver had been teasing the new watch for a long, long time coming, in fact the original announcement was back at Baselworld. If the fact that TAG Heuer, a well-respected Swiss name in the watch industry, announced a hedonistic smartwatch during Baselworld wasn't desperate enough, Monday's announcement confirmed the move as much. For those unfamiliar, Baselworld is sort of the Comic-Con of Swiss-made watches, and for TAG Heuer to have announced their deal with Intel and Google to create a smartwatch there was bold, if not a little desperate. The end result was a $1500 smartwatch, imaginatively(!) named the TAG Heuer Connected…that runs the same software and feature set as every other Android Wear watch out there.

For a long time, neither Intel nor Google looked as if they were going to have much input in the final product, but it appears as though at least Google has got an excellent deal out of this. Make no mistake, I'm a big smartwatch fan and user, but I also understand why and what a Swiss-made watch means to the discerning buyer. The way I view it is that I'd spend $300 on a pair of headphones where most would balk at $50, as fanatical I can get about headphones, there are people with lots of money doing the same about watches. I'm willing to bet the TAG Heuer Connected doesn't do much for those buyers and collectors. 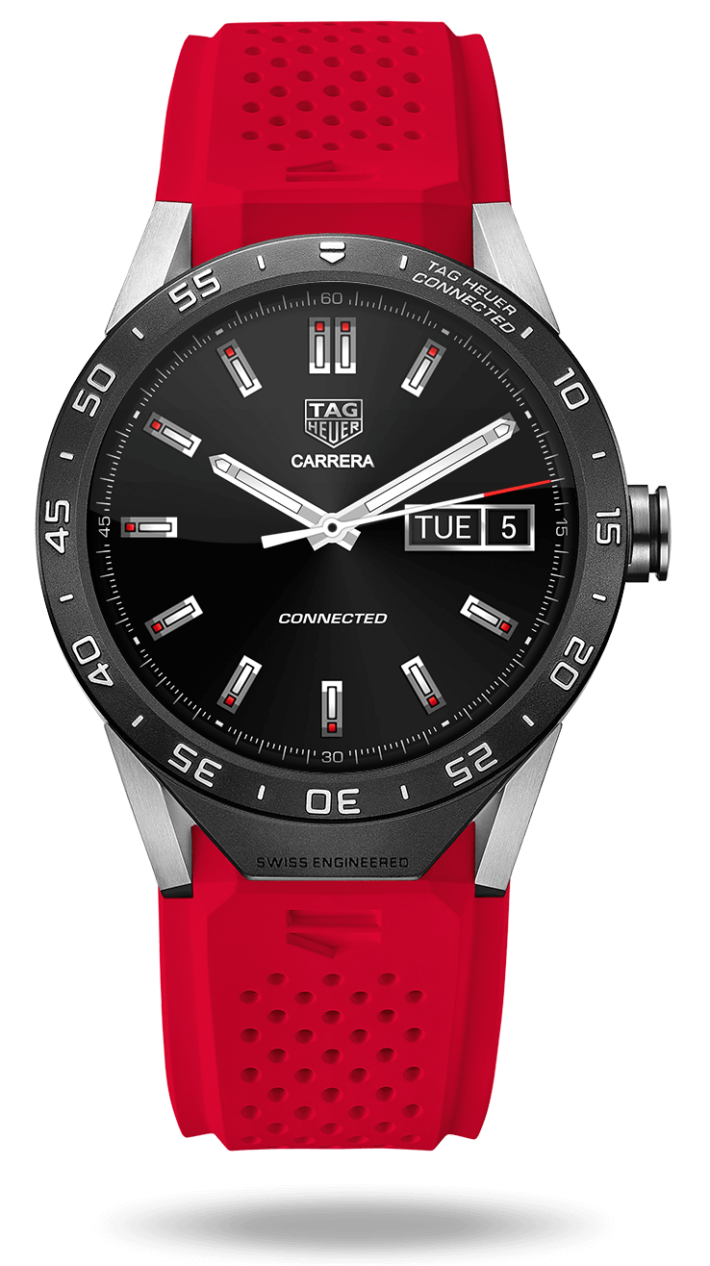 I'm a big smartwatch user, and I started out with a Sony SmartWatch 2, moved on an to LG G Watch, then a Moto 360 and now happy with an LG G Watch R. I love my G Watch R, that sounds a silly statement, but it feels good on my wrist, it looks good and the Hirsch leather strap I fitted adds a touch of luxury to the whole affair. On top of all that, I get glanceable information that lets me quickly see who has messaged me or whatever and then get on with my day. It genuinely makes a difference to be able to quickly see what a text message or email is about without hearing a noise that could be from anyone and then having me reach for my phone, yet again.

The TAG Heuer Connected is one sharp-looking smartwatch, but it's not worth $1500. How could it be? It has an Intel CPU that is comparable to the Snapdragon 400 inside the new Huawei Watch for instance, and it doesn't have GPS or even a heart-rate sensor. These are features found in watches less than $300, and when you consider the TAG Heuer Connected is basically any other Android Wear smartwatch, we have no choice but to compare features.

Of course, this isn't about the TAG Heuer Connected at all. It's about the name, TAG Heuer. This Swiss name brings credibility and brand power to Android Wear, an ecosystem that is still getting off of its feet, and now it has a big, genuine watch name flying the flag. This is a big deal. It might not seem like one right now, but over time it will start to sink in and people will start to take notice. As I said above, Google has got a great deal here. They've anaged to convince a big Swiss name to create a smartwatch that runs the same features and operating system as the likes of a 'cheap' Huawei Watch from a Chinese manufacturer. I'm not suggesting that Google should go ahead and start letting people mess around with Android Wear, but if you really think about it, having TAG Heuer produce a smartwatch that does the same – well, less – than a Motorola Moto 360 is good negotiation.

Young people aren't buying expensive Swiss-made watches like the TAG Heuer, they can get a faux-gold watch that looks cool and hip for next to nothing, and even if young people are buying watches, they don't care if it's Swiss-made or not. Watches like MVMT and the Slow watch are what younger people will be buying, not an expensive watch that tells the time almost as well. With TAG Heuer getting involving in the smartwatch game however, these young users will presumably start to think differently, and that's a very good thing for both TAG and smartwatches in general.

There's further evidence of this from TAG Heuer as well. There's a two-year warranty included with the Connected, which is nice for something that costs $1500, but at the end of it something special happens. You can trade in the TAG Heuer Connected at the end of those two years for a mechanical TAG Heuer or, as someone people refer to them, a 'proper watch'. This makes no sense. Am I being loaned a smartwatch while TAG Heuer craft my mechanical Swiss-made watch over a period of 24-months? Because that's what it'd feel like. If I wanted a trade-in offer, I would want it against the next TAG Heuer Connected, for say 25% or 50% off, not an essentially different product. It's almost as if the Swiss brand doesn't think these smartwatches are going to take off. That they're a 'fad' or something, and at the end of those two-years the customers buying these will want a 'real watch' when they're done with the new 'fad' that is the smartwatch. 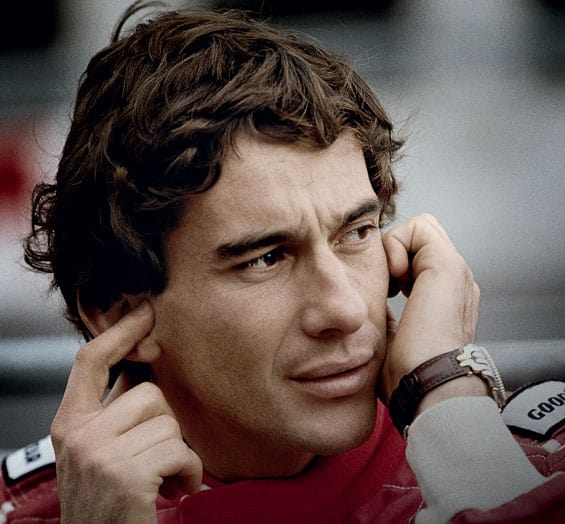 TAG Heuer is a name that will mean a lot of things to a lot of people, but it's undeniable that for the majority of people it means quality, craftsmanship and well, money. Recently, while out shopping with my fianc©, I saw a poster and display for TAG Heuer watches in a jeweller's, it featured the late Ayrton Senna. A closet F1 fan myself, I couldn't help but stop and take a look. I have zero interest in a watch that "just tells the time" and even though that's an unpopular and perhaps "crass" statement, I'll stick with it. Even so, I couldn't help but stop, look and admire. This is exactly what Google is hoping will happen to Android Wear over time as a result of scoring the TAG Heuer brand. Having such an established brand join your ranks says a whole lot about your platform.

Netflix is a prime example of this. Just a few years ago the idea of a DVD-rental service (remember DVDs?) becoming a force to be reckoned with in the entertainment world streaming shows over the Internet was ridiculous. And yet, shows like House of Cards and Orange is the New Black, created by this infidel have become some of the most successful TV shows in years. Netflix practically made Breaking Bad the overnight success it became and there's a good reason for all of this. Netflix was quick to make sure their platform was everywhere, and when it first started appearing on smart TVs from the likes of Samsung and LG, people started to take note and now, the industry itself is looking to Netflix to show them the way where 4K video is concerned. Can the TAG Heuer Connected do the same for Android Wear? Perhaps.

There are some questionable choices here, namely that trade-in offer we covered earlier. Why would the company that is selling the watch in the first place want you to get rid of it for a 'real watch' at the end of your two-year warranty? Quite simple really; TAG Heuer don't believe in the platform as much as an enthusiastic Jean-Claude Biver would have you believe. There's only one reason they would offer up such a thing, and that's because they're not even sure they would make another Connected, so offering any old TAG Heuer watch will cover their behinds. Still, the allure of a 'real watch' at the end of those two years will no doubt appeal to those that still consider smartwatches nothing more than gadgets for millennials and those with no taste, so there is some logic to this choice, just not in terms of selling smartwatches.

We're at the beginning of TAG Heuer's Connected journey, and make no mistake Android Wear is still getting off the ground as well. Will this lead to more luxury names joining Android Wear? Who knows, but it's more likely than not now that such an illustrious Swiss name has chosen to be first. Someone has to be first in this game, and over time, TAG will probably be glad it was them, while other watch makers continue to ignore an ever-growing sector that is actually encouraging people to purchase watches it will be nice for them to say that they were there early.