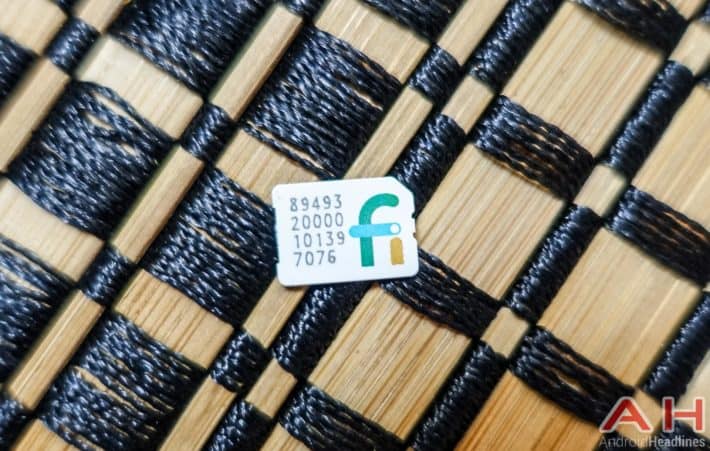 For months, if not years, there were rumors that Google was looking to be a wireless carrier. On April 22nd, 2015, Google made that ambition official, and announced Project Fi. It was not exactly what everyone had hoped for, however. Many had hoped that Google would offer unlimited talk, text and data at a pretty reasonable price, but that didn't happen. Google's Project Fi is dead simple, however, with you paying $20 for unlimited talk and text and $10 per 1GB of data. Additionally, when you are abroad, data is the same price, at $10/GB. Whatever data you pay for and don't use, you get refunded or credited for the next month. So if you buy 2GB of data, that's about $40/month, and if you use just 500MB, that's $15 you get back for the next month. Which is better than either losing the data, or having it roll over like T-Mobile and AT&T are now doing.

We all heard about how Project Fi kills your Google Voice account, which made me hesitant in trying out Fi, seeing as Google Voice makes using multiple smartphones at the same time much more bearable. But alas I did port over my Google Voice number (which took about 2 minutes to port over) and tried it out for the past few weeks, and while it was and is a great service, there are just a few things that kept me from continuing to use Project Fi. I really like their billing, while there's no choice to pay your bill on your own and you must do auto-pay, the bill itself is dead simple. It really can't get any simpler. Another feature that really got me excited was the price for international data, and the fact that it isn't throttled as much as T-Mobile's international roaming is, even though it's the same price as data back at home. With the amount that I travel to China, this got me excited. Additionally, living near the Canadian border, it means I can go across the border and still get some great coverage and speeds (although T-Mobile would be better since you get LTE in Canada now). Technically, you are getting 3G at 256kbps, but many are reporting faster speeds, of around 5-10Mbps. Which still isn't 4G LTE, but that's definitely faster than the 128kbps throttle that T-Mobile has in most countries. And it's the same price as at home. Which is even better. 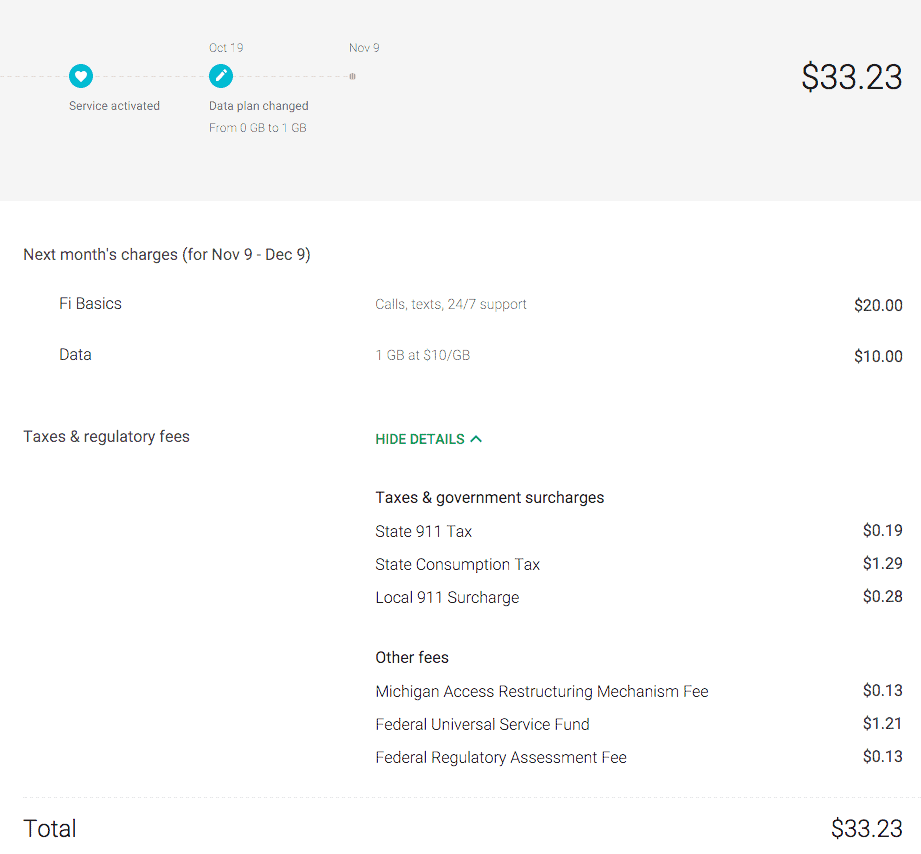 Not to mention the automatic switching between T-Mobile, Sprint and free WiFi hotspots which then enable Google's VPN. Now there is an app available, in private beta (meaning you'll need to join the Google+ community to use it) that allows you to see which network your phone is connected to, and even allows you to bump to the other network. During the time I used Project Fi, I never once saw it connect to Sprint. Not a huge deal, but seeing it connect to WiFi automatically at the mall, Starbucks and other places, was pretty awesome. The Project Fi app is really good as well. It shows you your daily data usage, and is almost instant. So you can see the days that you use more data than the others. Speaking about data, you don't have to really worry about going over. Paid for 2GB, but using 3GB? Don't worry, you'll pay the same amount for that extra GB as you did the first two, which is $10/GB. So there's overages, but not really, you'll just be paying the same amount, and whatever you don't use, you get as a refund. Like when you don't go over the amount you pay for each month.

Project Fi is great, but I was finding that I was using more data on Project Fi than when I was using T-Mobile. Now that's likely due to T-Mobile's Music Freedom (and Speed Tests also being exempt from data caps, and with the recent introduction of BingeOn T-Mobile's plans look even better), but for me it's worth it. Seeing as I stream music whenever I'm in the car, and that goes up pretty quickly. So as much as I liked Project Fi, I did end up switching back to T-Mobile (or really, just popping my T-Mobile SIM back in, since I hadn't cancelled my account). But it got me to thinking. Project Fi and Google are doing some interesting things here and have some great features coming up – of which they haven't said a thing about other than that there are some more coming soon. There have been some teasings of Family Plans coming as well, which would be great for those with multiple devices.

Now, there is a private Project Fi community on Google+, and if you browse through there, you'll see that there are plenty of people trying out Fi and not everyone is sticking with it, there are over 10,000 members at the time of writing this. It might be the same reasons as me, or it could be coverage, data usage, etc. I know a few people left Fi because they get better coverage with AT&T or Verizon, which is true (as much as T-Mobile's John Legere likes us to think T-Mobile has the same coverage as Verizon, it's simply not true. Yet.). Seeing as Project Fi is only using Sprint and T-Mobile right now. Hopefully they will end up bringing in the other two pretty soon. Which would make Project Fi even more viable. Something else that Project Fi is missing, is band 12. When you're indoors, you're stuck with Sprint's 800MHz spectrum if it's been rolled out in your area. However, according to Project Fi's Project Manager, that support is in the works, so should be here soon.

Google makes it really easy to either cancel or pause your service. Now since I had ported over my Google Voice number, I opted to cancel that way I can use my Google Voice number while subscribing to T-Mobile still. It was painless, it did take about a day to transfer back to Google Voice, so not as quick as transferring over to Fi. But not bad at all. Pausing the service is really easy too. It basically consists of two steps. Pausing the service, and then confirming you wish to do so. Now if you bought a device on Project Fi's payment plans – which they are offering for the Google Nexus 6P and Nexus 5X – you will have the option to return it. However, you only have about a week to decide if you want to return it or not.

Support for Google's Project Fi has been pretty stellar so far. Now we all have these terrible stories about customer support with just about every company even Google (especially when it comes to Nexus devices). But in my experience, customer support on the Project Fi team was fantastic. Helped me out when I needed it, and didn't have a nasty attitude. Also having that private Google+ community for Project Fi is also a huge help and a big resource for new people heading to Project Fi.

I did enjoy the time with Project Fi, but without the Music Freedom from T-Mobile, I was going to be spending about the same amount of money each month for Fi as I was on T-Mobile. Unless I really wanted to download music and save it offline, which I don't really want to do. I'd rather just plug my phone into Android Auto and have it playing Spotify and not worry about it using up all my data. With Fi, I was also finding that I needed to watch my data a bit more heavily than with T-Mobile (part of that was due to the issues Comcast was having in my area in recent weeks, which forced my phone off of home WiFi and onto Fi's network). Now if you live in an area that has great coverage from either Sprint or T-Mobile, or both, like I do, then Project Fi is definitely worth a look. As much as I loved Project Fi, it's just not completely there yet. However, this is only the beginning for Project Fi as it's still a "project" for Google. And it will get better. Project Fi's product manager has been teasing all sorts of new features coming to the service soon. So while I'm not using Project Fi right now, that's not to say that I won't be back.