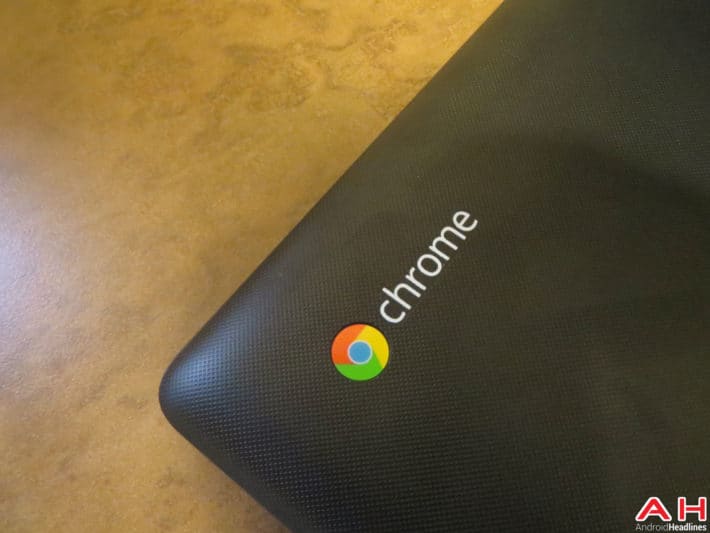 Over the last couple of weeks, reports have started to surface that Google has had plans to merge Chrome OS, their cloud/web-based computer operating system, and Android, their mobile operating system. The particulars are all but certain, as there seems to be conflicting reports both stating that the merge is something Google plans to do or at least look into, while Google's own Hiroshi Lockheimer has previously stated that there are no plans for a merger, and that Google is still very committed to Chrome OS as there is a ton of momentum for Chromebooks. He even pointed out how he has just recently purchased two Chromebooks for his kids for schoolwork, and that right there is the reason Google needs to keep Chrome OS, and Android separate. Education. Over the past few years, Google has been trying to make a huge push into the education sector, with campaigns aimed at getting schools across the country, and even the globe outfitted with Chromebooks for both students and teachers alike.

The Chromebooks for Education program gives schools an affordable alternative to things like iPads and Windows-based laptops and computers. The price is right, which means schools don't have to spend a whole lot of money to puts Chromebooks in the hands of their students. This can be especially important for school districts who may need to account for huge student body numbers. With larger numbers of students, outfitting every single one with a device could easily become a costly affair, but opting for a Chromebook gives schools an option that allows students to thrive in a modern day learning environment without breaking the budget, as many of them come in under $250 while some are even in the $100 to $200 range. Even if schools can't supply a Chromebook for every student, Chromebooks make perfect devices for sharing.

This is an easy process as each student sharing a single Chromebook can simply sign in with their own Google account. They also give teachers an easy way to interact with the students for everything from homework assignments to hangouts about projects or tests. With everything connected to the web, kids are able to look up anything they need whether they're at home or in class, and when they need to get to work they have all the tools built in like Docs, Sheets, and Slides for papers and presentations. Chromebooks for Education was a major focus for Google a couple of years ago, and it would seem that their passion for helping kids learn and giving them the right tools to do so is just as strong today as it was then.

All of these things have made Chromebooks for Education a huge success with different school districts, an area where it has been long dominated by Microsoft and the Windows interface as every computer lab or computer on campus has run some form of Windows. To see how successful Chromebooks For Education have been, one only needs to look at Google's list of case studies that displays which schools have already adopted the Google platform. Even if a merger between the two platforms was to happen, it likely wouldn't be happening for at least a year or longer, which means even more time for schools to adopt the Chrome OS and Chromebook structure as they are. Merging Android with Chrome OS instead of keeping things separate also has the potential to just confuse students and teachers (the consumers), and with how much time and money Google and the schools who have adopted the platform have already invested, who's to say that this wouldn't partially undo some of that success they've seen. According to a report by Gartner earlier this year, Chromebooks had seen their most success yet in 2014 since the first Chromebook launched in 2011.

Education has been the main area of consumers for Chromebooks sales, with 2014's numbers showing that 60.3 percent of all Chromebook sales in the U.S. came from the Education sector. That number rose to 68.9 percent in the Asia Pacific market, and it was even higher in Europe, the Middle East, And African (EMEA) markets where 72.3 percent of all Chromebook sales came from schools. These are fairly high numbers compared to the business and consumer markets that purchased Chromebooks for each region, and it's quite possible those numbers have only risen since last year. Education is also expected to show a continued interest in Chromebooks over the next three years, helping the platform and the units that run it gain a more widespread adoption. Chromebook sales as a whole are also doing amazingly well, with Chromebook sales in 2015 expected to hit 7.3 million units. This is a decently sized increase from 2014's ending numbers for Chromebook sales and if Google is able to sell this many units, 2015 will have seen a 27 percent hike in the number of Chrome OS devices sold over 2014's final figures.

As computing continues to integrate more with the cloud as well as web-based apps and services, schools may end up with a decision of providing students access to new learning tools from two camps. Microsoft Office 365, or Google Apps for Education which includes many of the same things. Many schools have already opted for Google Apps as the access comes free and is available already built-in to every Chromebook. Office 365 is also free though. Google has had an opportunity here to grab up the majority share of education establishments and get them signed on with their platform, and while they are already doing well in this regard, they can certainly do better and if they manage to grow their education consumer base, they can potentially lock out Microsoft.

Merging the two platforms could also dilute one brand or the other. Both platforms are successful on their own, and merging them could possibly make it harder for one or the other to distinguish itself from competitors like iOS or Windows 10. With Android 6.0 Marshmallow, the Android platform is at its absolute best in terms of design and functionality, and merging it with Chrome OS in any way, somehow feels like Google would be taking a step backward after making all this progress on the mobile platform and the ecosystem that has grown within it. For whatever good reasons there might be to merge both platforms, familiarity is another one to consider for keeping them apart and continuing to focus on improving on them as individual platforms. With Chromebooks being such a success within schools these days, moving things away from the familiar structure may end up causing more harm than good as students and teachers would potentially need to re-learn how to work with parts of the system, if not having to re-learn the entire platform.