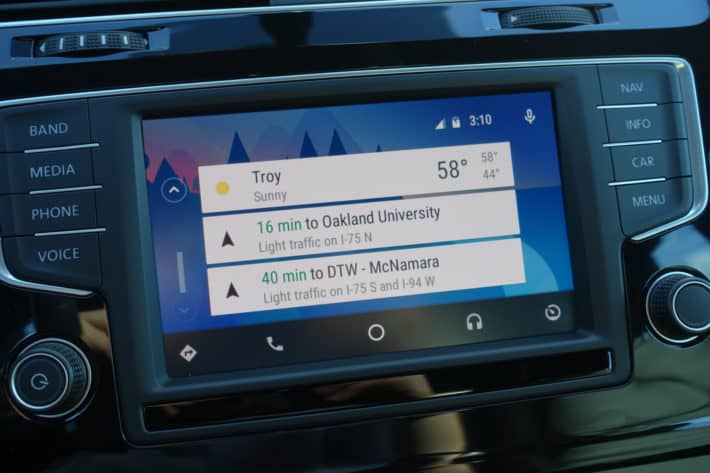 This week, all eyes – in the automotive world at least – were on Los Angeles for the LA Auto Show. This is the third big Auto Show in the US every year. We have the Detroit Auto Show in January, then the New York Auto Show in April and the LA Auto show in November. There is also the Chicago Auto Show in February, but with the NAIAS being in Detroit a month before, Chicago's show is pretty quiet. In LA, the press days have wrapped up and it's now open to the public. We saw all kinds of sweet new cars announced at the LA Auto Show this week, and some publications got the change to drive them. But the thing that was notably absent, and something we've been keeping our eyes open for, is Android Auto.

Now Android Auto isn't 100% silent at the LA Auto Show, as some car makers are holding demos of Android Auto in some of their models, with Audi being one of them. They are doing demos with the Q7. However, there were no cars announced with Android Auto. That's not a good thing, but not necessarily bad either. Many car makers have already announced their plans for Android Auto. Including Audi, Buick, Cadillac, Chevrolet, GMC, Volvo, Volkswagen, Hyundai, Honda, Kia, and a few others. We also didn't hear anything about connecting with your smartwatch, which we have heard from Ford and Hyundai earlier this year. Allowing owners to find their car, unlock/lock their car and more from their smartwatch.

We'll likely see some more Android Auto news from car makers at CES and the North American International Auto Show in January, with more of it being at CES, seeing as that is a technology show. Hopefully we'll see more cars coming out with Android Auto and Apple Carplay (this way drivers won't need to choose their phone based on what car they bought). We'd really like to see our cars get more features with our smartphones, and smartwatches. Making life even easier. Just think, being able to look at your watch and see where you parked at the mall, or at the Big House, or even the airport. That would be amazing. Hyundai and Ford already have that, as mentioned before, and it would be great to see more car makers jump on board as well.