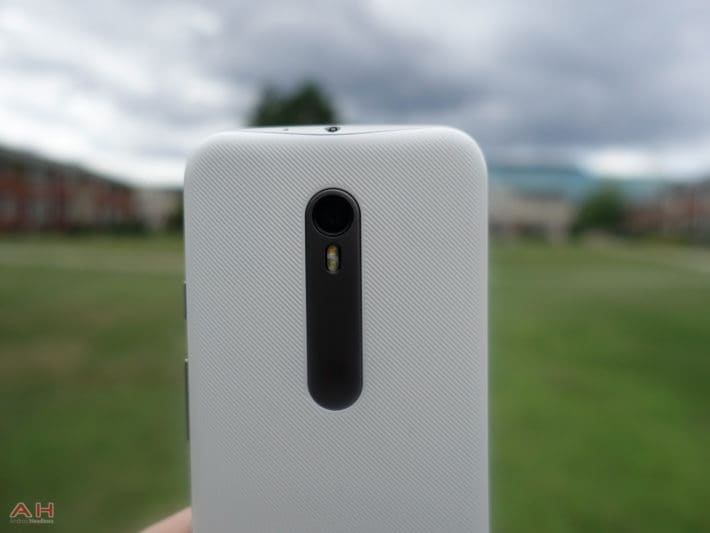 It wasn't so long ago that Android 6.0 Marshmallow was known simply as "Android M" and in Developer Preview. Since then of course, the new Nexus 5X and Nexus 6P have launched with the new software onboard, and devices like the LG G4 are getting the update, with HTC's One A9 being the first to launch with the new version. One manufacturer that many will be expecting to roll out their updates to Android 6.0 Marshmallow sooner than others is Motorola, and if leaked screenshots from a soak test are real, the company is already hard at work updating the 2015 version of the Moto G.

Earlier today, screenshots from a Motorola soak test turned up on Google+ showing an update with a version number of 23.11.en.03 and a Marshmallow build number of MPI24.65-3. The 'Android Security Patch Level' is a new heading here and is listed as '1 November 2015'. So far, there isn't too much to know about this soak test, outside of the fact that this will bring the Moto G 2015 up from Android 5.1.1 Lollipop to Android 6.0 Marshmallow, of course. Considering that the Moto G has only just launched earlier this year, it's unlikely that Motorola is to offer up any drastically new features, and this is to be more of an update that changes Android itself, rather than add features as we saw with Android upgrades on the Moto X from last year.

Soak tests like these are used by Motorola all the time, and the general consensus is that if Motorola is testing such software, then it must be almost ready for the primetime. This is good logic, but just when the soak test ends and Motorola have a new version to send out remains unclear. It's possible that the company was waiting for the latest round of security patches to be released by Google before even releasing a soak test, so we could see an update by the end of this month, but something towards the end of December is more likely. As for the Moto X 2014 and Moto X Pure, there hasn't been anything just yet, but we're sure Motorola is working on updates for these phones as well.