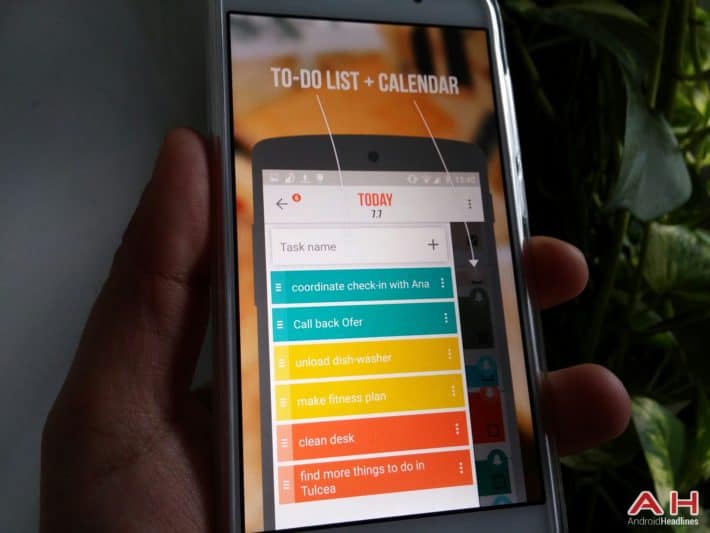 Have you ever forgot to do something during your extremely busy day? Well, I have, and that's exactly why I tend to keep track of everything I need to do during my day. I've tried out many applications which let you compile to-do lists and what not, like Google Keep, Todoist, Color Notepad, all the way to calendars which let you do the same thing, like Sol Calendar for example. Well, there's a new option available out there for those of you who don't like any of the existing ones, the app called 'Accomplish: To-Do list reborn', read on.

This app has been announced quite recently, and it has slightly over 2,000 reviews thus far. The app's average score is 4.3 in the Google Play Store, and it sure seems like a well-designed and compelling app for those of you who are in a market for a to-do list applications. Now, as many other to-do apps, this one offers you the option to set reminders as well, and it has a built-in calendar in there too. The design of the app is quite colorful, material design-like, which I'm sure some of you will greatly appreciate. The app basically has two parts, the 'to-do list', and the 'day-view' part, which is quite similar to the day-view on regular calendars, but has more options it seems. The day-view actually syncs with Google Calendar, which is a must for the most of you I believe, and you also get some gesture controls baked into this application. You can set different colors and themes inside this application, and you can also customize pop-up reminders.

Accomplish Software, the company behind this app, has announced many more features / improvements are on the way. One more thing you should keep in mind is the fact that this app offers in-app purchases, just so that you don't get surprised if you see those once you install it, but it's otherwise completely free. That being said, if you're interested in checking out this app, click the Google Play Store banner down below. We've also included some official images of the app in the gallery, as well as the promo video tour for you to check out.