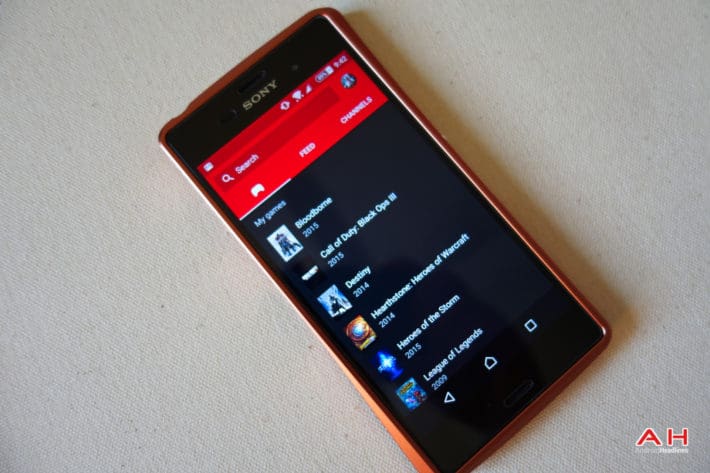 It wasn't too long ago that Google officially launched YouTube Gaming, the platform with which it aims to take on rival Twitch for the live game streaming service that everyone wants a piece of. Since its release from earlier on in the Summer, Google hasn't made many changes to the fledgling app, but that changes today with the version 1.1 update which brings in a collection of new features, stability improvements and bug fixes which should enhance the user experience and top off the overall performance of the app. If you're already using YouTube Gaming you may see the update live in the Play Store for you, if not, you can grab the download of the apk here to install it.

First up in the changes is the live screencasting feature which Google has enabled within the app. Now, users on Android devices (although there is no Android TV support) can cast their gaming sessions to the YouTube Gaming platform allowing anyone to view them playing mobile games, something which is already possible via other apps. It shouldn't be a surprise that YouTube Gaming now features this option as it was already hinted at in the past, but for those who have been awaiting it's arrival the excitement is probably no less than if it were a complete surprise. Accessing this can be done by tapping on your profile image inside of the app which presents you with a series of options like streaming quality and what app you want to record or stream. Once configurations are enabled Google presents things nicely with a visually appealing floating action button that you can move around at your convenience to fit where you want it placed, that also fades away almost entirely once you start the recording/streaming process.

Also new in this update is the ability watch videos later and import gaming subscriptions. That second bit is the capability to import your gaming related subscriptions from YouTube over to the YouTube Gaming app, something which could be very useful for both those particular gaming focused content creators as well as the users who enjoy watching their channels. As for the watch later option, this should be pretty familiar to YouTube users by now as it's been a staple of YouTube for quite some time. Now, you'll be able to pick and choose videos you come across to save for later viewing should you not have the time to watch them at the current time. From just these few feature additions, YouTube Gaming is really starting to come into its own. It'll be interesting to see how the competition between it and Twitch unfolds as each service adds new stuff to keep or gain users.