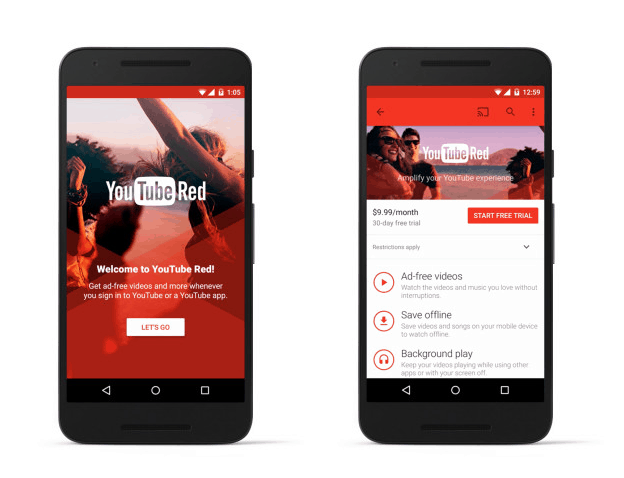 On Wednesday, Google took the wraps off of its YouTube Red subscription service. Which essentially allows users to sign up and enjoy an ad free experience for $10 per month ($13 if you sign up on iOS, due to the Apple App Store 30% rule). However you also get some premium content from those like PewDiePie, CollegeHumor and others. You also get background listening and offline playback. Now these creators that are part of the YouTube Red deal, they didn't really have much of a choice about signing on the dotted line or not.

According to a report out of TechCrunch this morning, YouTube essentially bullied these creators into signing a deal with the company for their YouTube Red service. And if they didn't sign on the dotted line, their videos would be removed from YouTube. In fact, Google allegedly confirmed this to TechCrunch this morning. Creators that don't decide to opt into Red will have their videos hidden from both free and paying members. Seems a bit heavy handed, however what Google is saying is they want consistency. They don't want their members worrying about whether their favorite creators are part of YouTube Red or not.

YouTube did say that about 99% of the content on YouTube will still be available through YouTube Red. This shows us that the most of the creators that were asked to sign up with Red did so. However, YouTube's Chief Business Officer Robert Kyncl didn't state how many creators turned down the offer. Kyncl didn't state what the percentage of revenue would be for the creators, from YouTube Red, but did continuously say that the vast majority of the revenue from Red would go to the creators. Competitors like Spotify pay 70% to artists, with Apple Music at 71.5%. Earlier this year, YouTube changed their policies so that creators only collected around 55%, which is pretty low for the industry standard.

Right now the plan is to launch YouTube Red on October 28th in the US. There will also be a separate YouTube Music app launching sometime this year. It will be coming to other countries in 2016. However no firm date has been set just yet.