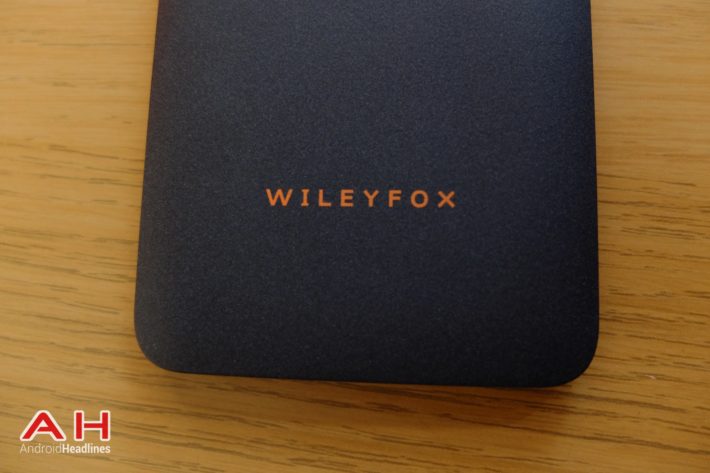 Wileyfox are a British smartphone manufacturing company offering two smartphones to eager buyers: the £129 Wileyfox Swift, which is based around the Qualcomm Snapdragon 415 processor equipped with 2 GB of RAM, 16 GB of internal storage backed up by a microSD card slot, two SIM card slots, 4G LTE, a 13MP rear camera and a 5.0-inch, 720p resolution display. The flagship model is called the Wileyfox Storm, which is based around a 5.5-inch, 1080p resolution display. Under the skin, there's a Qualcomm Snapdragon 615 System-on-Chip backed up by 3 GB of RAM, 32 GB of internal storage plus a microSD card. There's a 20MP rear camera and an 8 MP front facing camera, complete with a LED flash. The device is kept alive by a 2,500 mAh rechargeable battery and has two SIM cards. The Wileyfox Storm runs Cyanogen OS 12.1, which is based on Android 5.1 Lollipop. The Storm went on sale yesterday (Wednesday) for £199 but Wileyfox report today that the device is already out of stock on the Amazon, Ebuyer and Clove websites. However, Wileyfox report that the device is still available at Argos and Expansys, or customers can pre-order the device from Amazon, Clove and EBuyer and receive a new device next week.

The Wileyfox Storm is another mid-range device offering what appears to be excellent value for money. Wileyfox are using a range of components that are very much "good enough" for a modern smartphone, rather than cutting edge. The Snapdragon 615, for example, is one of Qualcomm's mid-range System-on-Chips. Likewise the screen, which at 5.5-inch and 1080p resolution, is not of the same quality as a modern flagship device. However, 2015's mid-range devices have a comparable if not better specification than flagship devices from only two years ago, but are running more modern software. Customers upgrading from a two year old high end device will have something similar if not better in their hands, plus the other advantages associated with a new device including a warranty. The Storm competes with devices such as the OnePlus X, the Google Nexus 5X and the Motorola Moto G. Meanwhile, for those customers eager to snap the Wileyfox Storm up, it sounds like you better be quick and head over to the Argos or Expansys websites, or accept that you may need to wait a few days and use the Amazon, Clove and EBuyer websites.