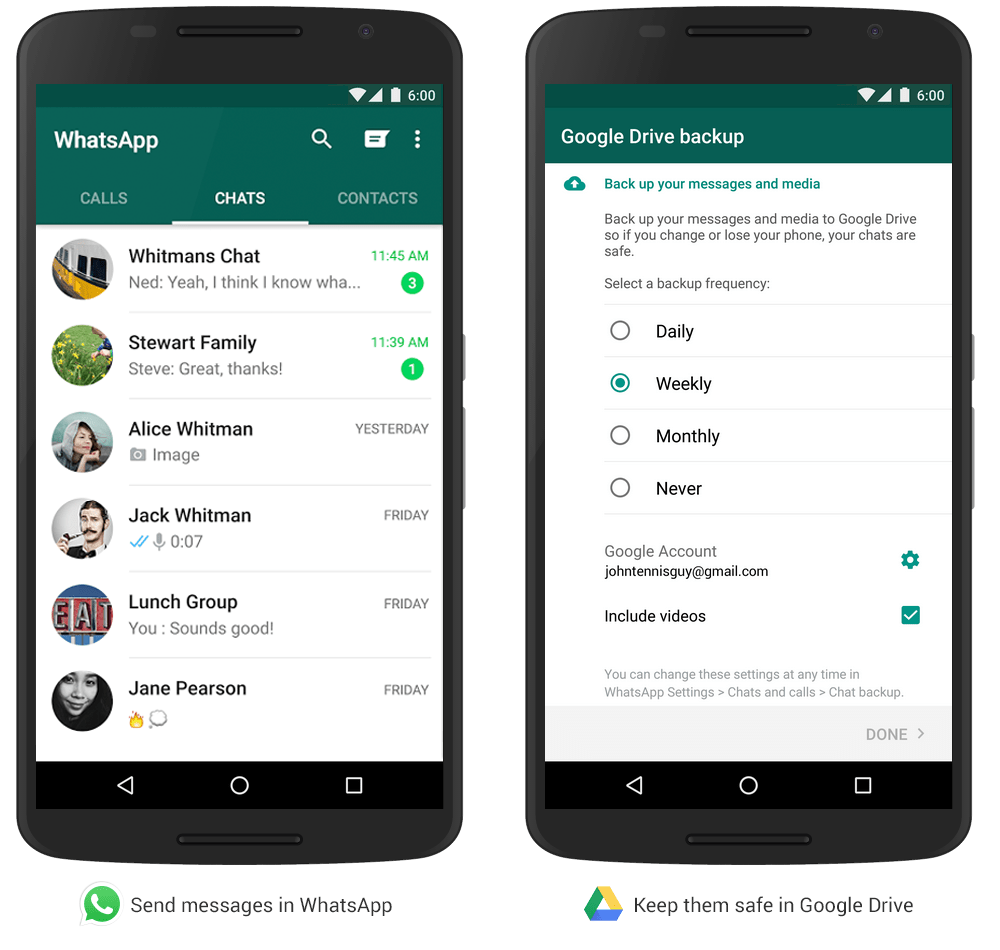 WhatsApp is one of the most popular messaging apps and currently claims to have over 900 million active users. The app has been updated regularly to add new features making it a more compelling solution with each update. We had heard that the app would be able to back up conversations and other data on Google Drive a few months ago, but the update has been taking its time in reaching the end user. Now, the update has been officially announced and it's rolling out starting today, but it might take a couple of months before it reaches every phone, so users might want to look for it once in a while to check if it is available.

The app has always allowed their users to back up their conversations once a day and they are stored in their phone. But what happens if that phone gets lost, stolen, damaged or if a user just wants to upgrade to a newer phone? In the last scenario, they had the option to move that file into the new phone, but in the other scenarios, their conversations would be lost forever. With the new Google Drive partnership, users will be able to keep their conversations, voice messages, photos and videos in the cloud-based storage service. The option will appear in the Settings menu once the app gets updated to the latest version and can be programmed to save those elements on a daily, weekly or monthly basis to a certain account. Or if they don't want to use that option, they can choose to never back them up at all. There's also an option to back up videos, as these files might take much more space than the conversations.

As to why did WhatsApp chose Google Drive to store those files, apparently it has to do with the fact that the vast majority of their users are on an Android phone rather than iOS, so this service is better integrated for the Android operating system. Additionally, it offers encryption which users will be able to restore their files with in just a couple of taps. Not only on their existing phone, but also on a new one too.