What with the Martian enjoying a good run in theaters this week and every morsel surrounding the new Star Wars film gobbled up instantly, it’s a good time to be a Sci-Fi fan. Many of you might be preparing sweet Halloween costumes as well, but if you want a little Sci-Fi in your everyday while doing boring things like going to work the these five Sci-Fi inspired watch faces should do a great job of letting you express yourself without things getting out of hand. 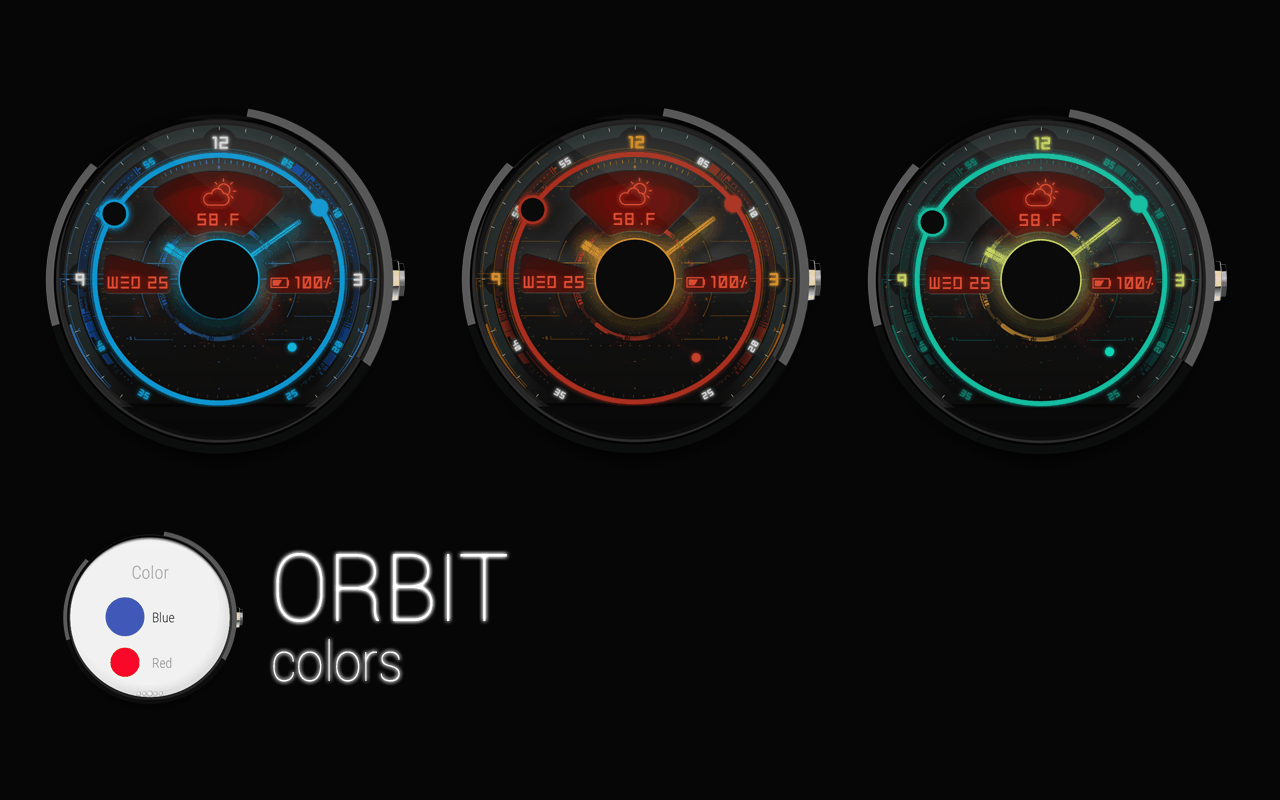 Tha PHLASH has become known for offering up excellent icon packs for years, and earlier this year they jumped into making Android Wear watch faces, and they’re all Sci-Fi masterpieces. We’ve chosen ORBIT here, because if you’ve just picked up a fancy new round watch like the Huawei Watch or a new Moto 360, then this will look great. It’s easily customizable – from your watch directly – and it looks awesome in the dark, just like that blue LED in your old Casio did. 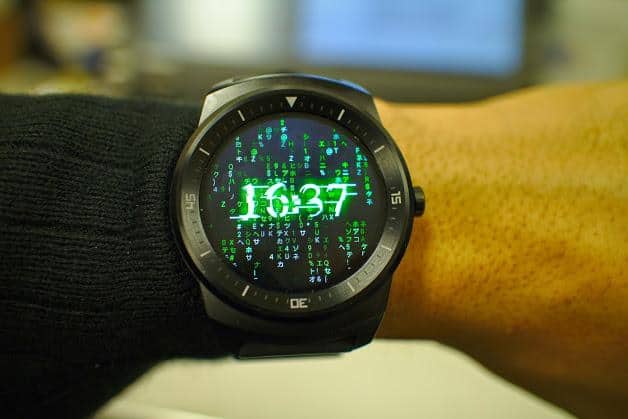 The Matrix has amassed a sizeable cult following over the years, and the falling code animation is still great fun to this day. This simple little watch face for Android Wear puts a 24-hour digital clock in the center of your watch and lets all that code fall around it, it’s great fun to show off, and it’s actually really readable on either a round or square smartwatch, too. 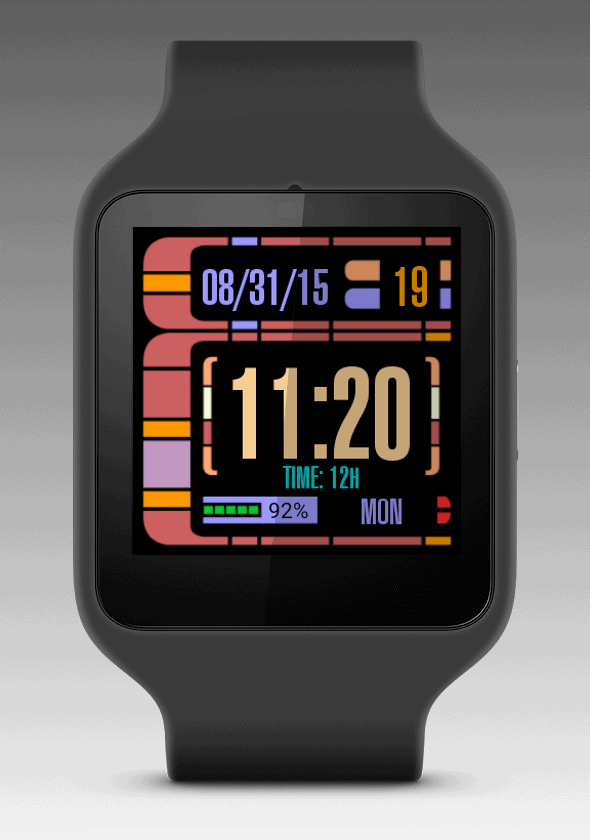 If there’s at least one thing that all Star Trek fans can agree on, it’s how good-looking the LCARS interface was back in the 80s and 90s. While Microsoft and Apple were serving up beige computer interfaces, every new episode of Star Trek had a colorful new interface and voice control way before Google Now even existed. LCARS has been imitated on all sorts of platforms over the years, but it fits the best on your watch, really. This is one for the square watches out there, but it does work on round watches as well. 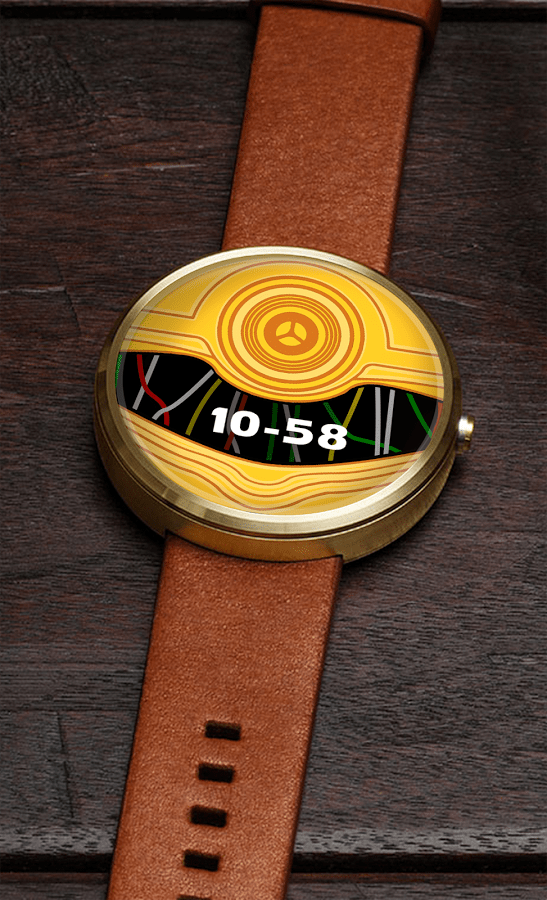 A subtle nod to your love of Star Wars, these subtle Droid designs will give you a little C3-P0 and R2-D2 on your Android Wear watch. These are nice and simple, and we wish there was both a BB-8 design as well as more features, but for subtlety these offer up a fun look without being too over the top. 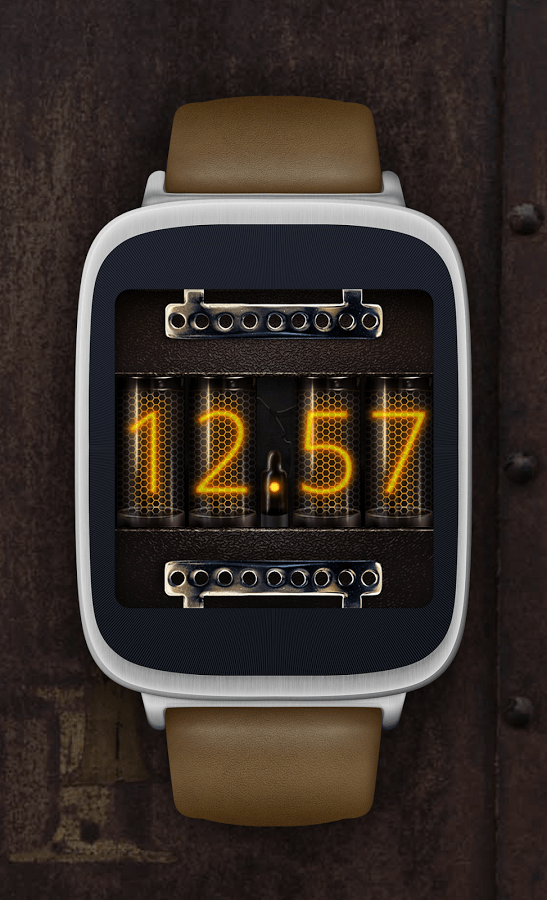 A simple favorite for a lot of users, Nixie tubes look great, and they’re synonymous with Steampunk looks. Again, this is a nice and subtle way of showing off your Sci-Fi taste on your wrist without going too crazy, with a nice glow and a digital clock, these will look good on both square and round Android Wear watches.