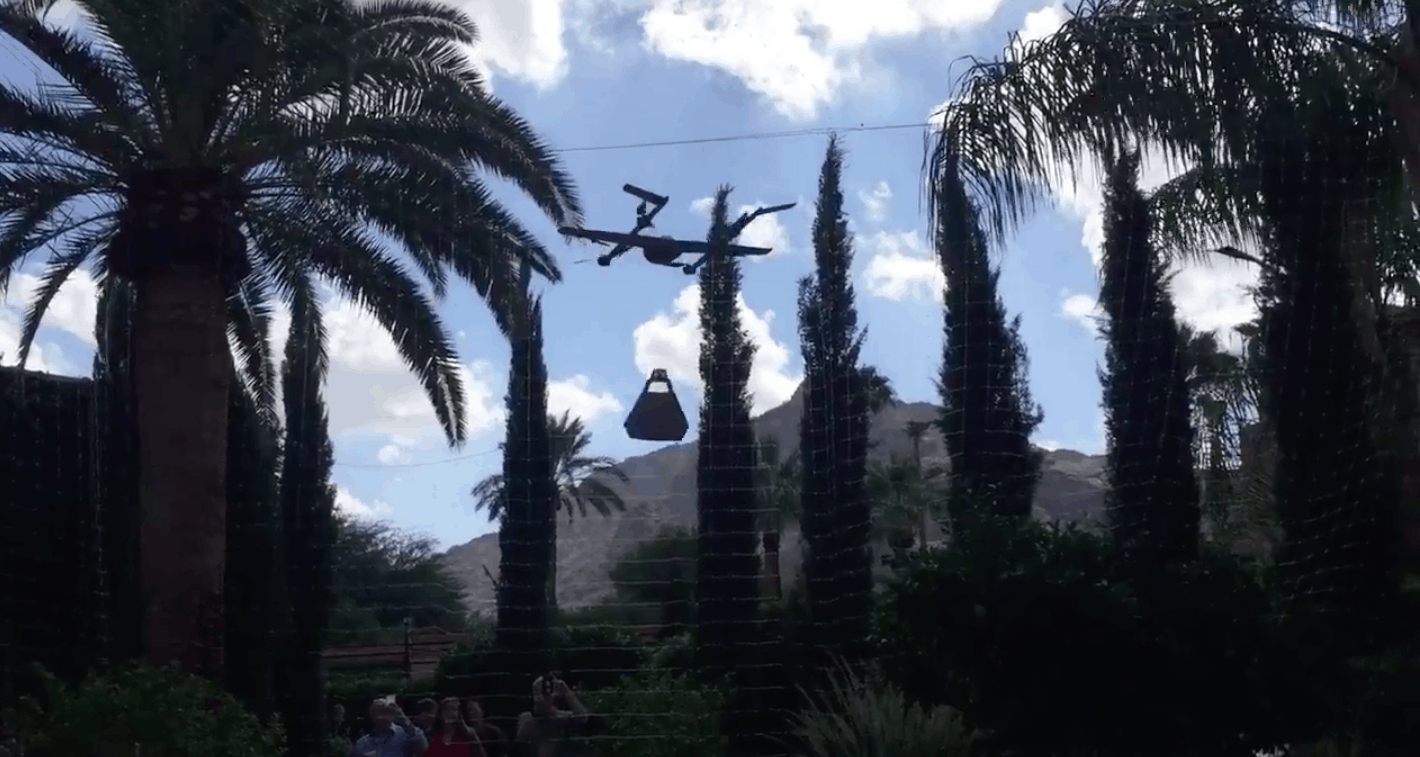 As drones are becoming increasingly popular, tech companies are looking to means of using them for purposes other than just taking images and sneaking the neighbor. As drones can fly, nothing better than a tiny robot that can skip traffic and other obstacles in the urban landscape to make quick deliveries of small packages, and Google, Amazon and other startups are already putting their money and research efforts on that. Through its dark projects company Google X, the search giant has been working on a drone delivery system for a while. Called Project Wing, it was first introduced in Australia a year ago. Things didn't work very well there but Google didn't quit the idea and recently they have registered with the Federal Aviation Administration (FAA), the aviation regulatory agency in the U.S. two drone models, which are expected to be used as delivery drones.

A short video surfaced on Twitter yesterday gives us some light on how this exciting technology is likely to work. In the images, an alleged Google X's drone approaches an area that looks like a garden, then a package is lowered with the aid of a rope, then the aircraft gets rid of the strings and flies away. As the video is only 13 seconds long, we can't see many details. But it is possible to notice that the aircraft has four engines and is able to hover like a helicopter and other similar drones, as opposed to Google's original Project Wing, which had a very different design and flight mechanics. According to the tweet, the drone has a speed of 60 miles per hour, pretty fast.

This device doesn't seem to be one of the models Google registered with the FAA earlier this week, though. The files indicated that both models had 2 electric engines, and this model has four engines. Since the tweet doesn't give any information about the location, we don't know where it was taken or what drone model is being used. In the video, the dropping looks a little fast enough and if you ordered some eggs, they are likely to break. However, this is only a prototype and Google will be adjusting that when this service comes to consumers. Anyway, the tech is pretty cool. What do you think? Would you be ordering fresh food to be delivered by drones? Check out the video in the source link below.