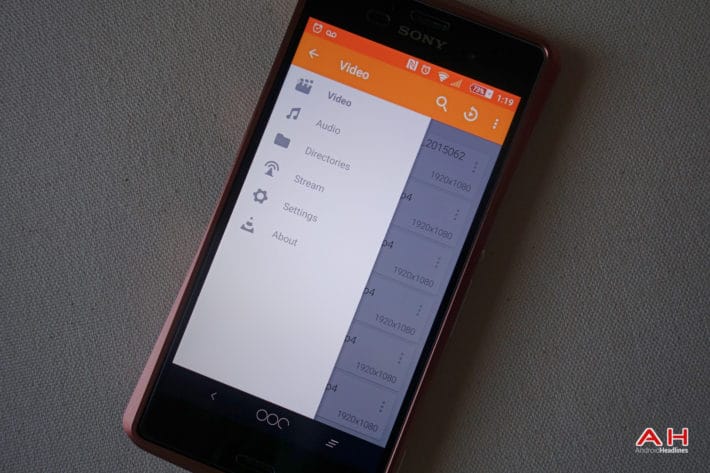 When it comes to media player choices on Android, users can take their pick from a wide variety of options including the stock players that are already built right into their devices. Looking past those, there's a sea of choices on the Play Store that one could tap to handle all their video playback needs. One of the best is arguably VLC for Android, having already amassed a huge following of users that swear by its capabilities on the PC computing platform. While VLC has been decent from the start when it launched on Android, it had yet to change things visually to meet the new design guidelines. Today that changes.

VLC has just pushed out a new update to the stable version of the app which you can pick up from the Play Store, (remember they still have a beta version available for those who are interested in testing out bleeding-edge features before they're rolled out to the public) which finally brings in a visual overhaul and dresses VLC in material design from head to toe. There's even a floating action button now for the task of shuffling through your locally stored music when you tap it.  This can be accessed from the songs tab under the Audio category, which you can find in the slide out hamburger menu just under video.

VLC held nothing back as the app now also utilizes animations for the transition of the hamburger icon to an arrow, so everything should be much more visually appealing to new and longtime users. More material design isn't the only new thing in the version 1.6 update for VLC, there are some new features and improvements to make note of too. VLC has scaled back on the number of permissions needed to use the app, likely as part of their work to prepare for Android 6.0 Marshmallow which will begin to roll out to non-Nexus devices in the coming months. Those who have phones with 4K video recording or who locally store 4K videos for playback on their device will notice the improved speed for playback of 4K videos which VLC state they have accelerated. The ability to sync audio and video has also been improved as was support for chapters, and lastly there's a new feature for auto-detection of USB connections.