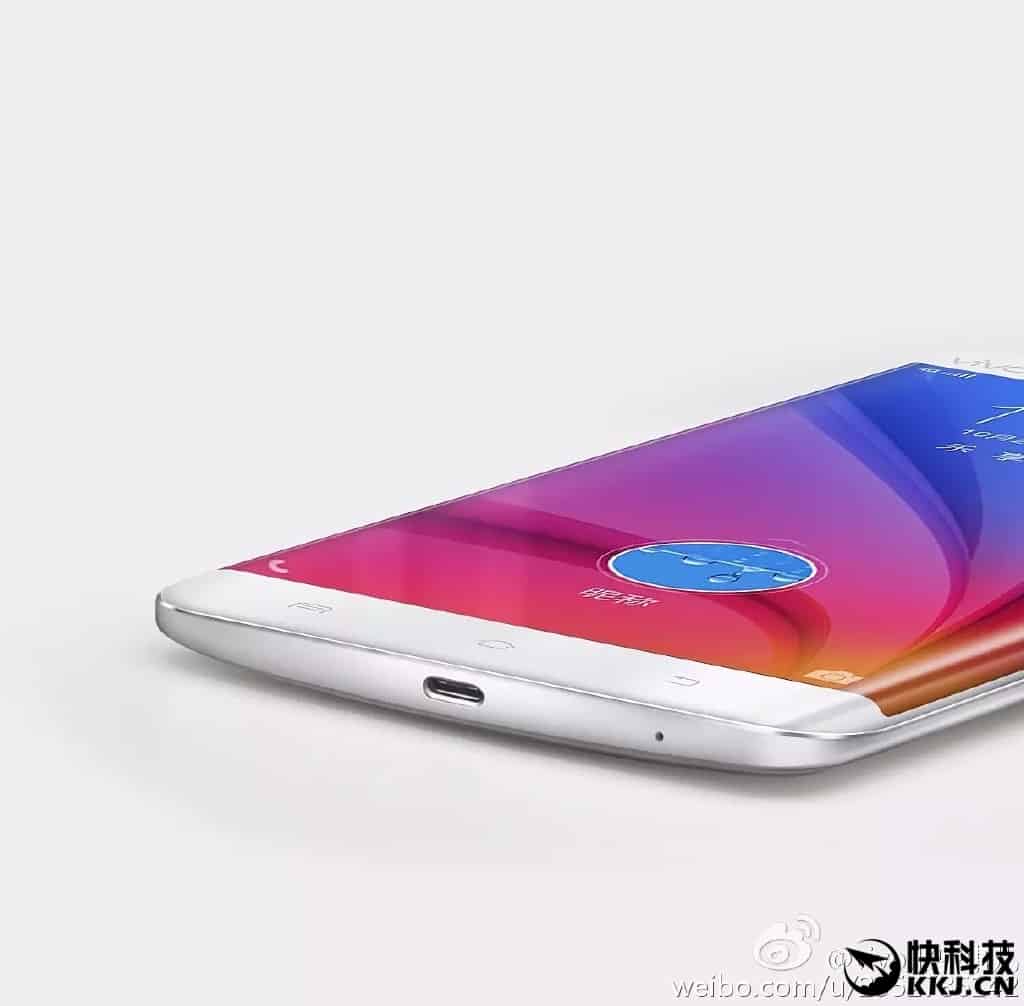 Vivo doesn't exactly release a ton of smartphones a year, but they do manage to attract attention to themselves when they announce a higher-end device. The company's X5Pro smartphone was rather popular in Asia, and same can be said for the XPlay 3S handset which is over two years old at this point. We've been coming across regarding the Vivo XPlay 5S for quite some time now, and have seen all sorts of contradicting info. According to the leak that surfaced earlier this month, the XPlay 5S is actually expected to be fueled by the Snapdragon 820, while both the Snapdragon 805 and 810 have been mentioned in the past.

Well, a new leak has popped up showing two phones actually, along with the Vivo XPlay 5S' alleged specifications. This time around, however, the handset that leaked looks somewhat different. If you take a look at the gallery down below you'll get to see a phone which resembles the Galaxy S6 Edge, it has a curved display on both sides, and not even its general design goes hand-in-hand with the leak we've seen recently. Is it possible Vivo is preparing to launch two phones and basically do what Samsung did with the Galaxy S6 and Galaxy S6 Edge? Well, everything is possible at this point.

What about the specs? Well, according to this leak, the phone will be powered by the Snapdragon 820 processor, and it will also pack in 4GB of RAM and 64GB of internal storage. The 21-megapixel shooter will be available on the back of this phone, and a 13-megapixel shooter is said to be available on the front side of this phone. The rear-facing fingerprint scanner is also visible in these images, and the 4,000mAh battery will reportedly also going to be a part of this package. The device seems to be made out of metal, well, both of them. Now, it is possible that these are the two variants of the same device, but the odd thing is, they look significantly different. Not only are their camera cutouts completely different, but the overall look of the back as well, plus the first device doesn't seem to sport the laser autofocus. It will be interesting what Vivo plans to announce, these leaks are interesting though, for sure.