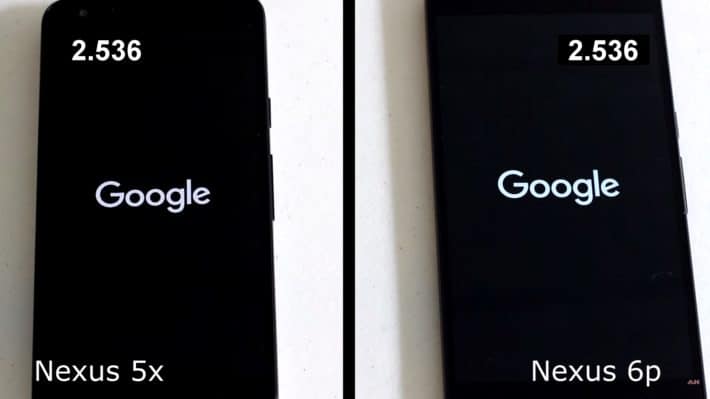 Google’s newest flagships, the 2015 Nexus 6P and Nexus 5X, have just started shipping today to eager customers, but maybe you weren’t fortunate enough to get on that initial batch of shipments or just haven’t made up your mind as to which flagship is right for you.  While we’ve covered the gamut of what each phone can do in our Nexus 6P review and Nexus 5X review, you might be looking for something a little more specific to compare between the two.  Since one of the most important features, the camera, is identical between devices, we’re going to take a look at the differences between the two in daily speed results.

In this test we run through some real-world performance of the two phones and begin with the bootup times for each device.  After that we run through a series of 10 Google apps to see which phones not only launches each app the fastest, but we then go back through and re-launch each app to see which phone multi-tasks the best.  When a phone can keep apps paused in memory it can reload them faster, so does the extra processing power of the Nexus 6P as well as the additional faster RAM help a lot or not so much?  Check out our video below to find out!