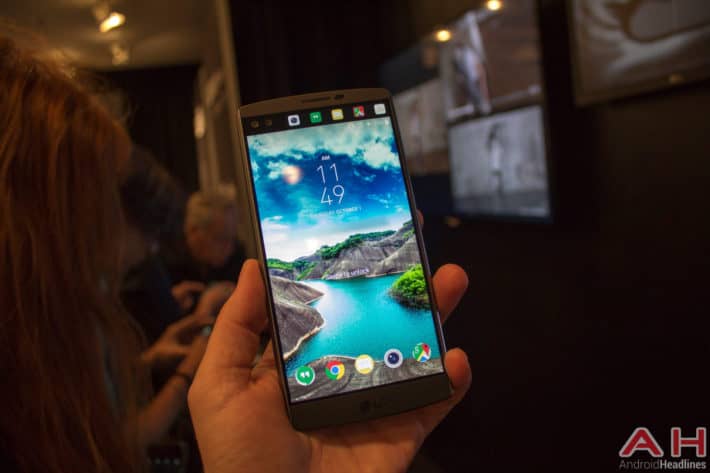 LG recently released a unique smartphone, it’s simply called LG V10 and despite sharing some components with the LG G4 that was launched earlier this year, the company included some innovations on the newer smartphone to make it stand out, not only from the former flagship but from some of the phones that were released recently. For instance, it includes a secondary display above the main display that would always be turned on providing some useful information or shortcuts for frequently used apps when the main screen is on, among other functionality. There’s another unique feature on the front, as the V10 integrates two 5-megapixel cameras, one with an 80-degree lens for single-person portraits and the other with a 120-degree lens to fit more elements or people into selfies.

The design of the phone is meant to appeal to those fashion aware users while the materials used in its construction are meant to make it durable. It features two layers of Gorilla Glass 4 to protect its screens and the frame on the sides is made from stainless steel. The display is quite large, measuring 5.7-inches and it features QHD resolution. Its 16-megapixel camera on the back features OIS, laser autofocus and Manual modes to control most settings in both pictures and videos. The phone is powered by the Hexa-Core Snapdragon 808 processor and 4 GB of RAM. Its internal storage is 64 GB and it can be expanded with Micro SD cards, plus it includes a removable 3,000 mAh battery, making it one of the few phones that still sport these two features.

T-Mobile and AT&T are already selling the LG V10, and now it is also available from Verizon. The full retail price with this carrier is $672 and it can be purchased with one of their plans starting at $28 a month. The color options are reduced to just Space Black or Luxe White. This phone is being marketed with support for Verizon’s XLTE network and it’s supposed to work in over 200 countries. Let’s remember that those who buy this phone before November 15thwill also get a 200 GB Micro SD card, an extra battery and a charging cradle.