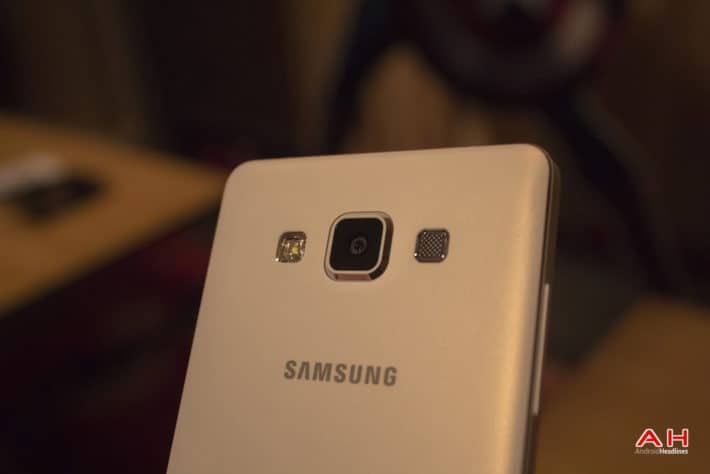 Samsung changed its naming scheme last year, as it is now based in a letter that indicates some features of the handsets and it is followed by a number that indicates the size of the screen and the power of its internals. This happened with the introduction of two devices called Galaxy A3 and Galaxy A5. Also, these phones were interesting as they were the first ones from the company to be built with a metallic unibody, which would distinguish this series. Another highlight for these phones was the integration of a 5-megapixel front facing camera for those who enjoy taking selfies. Now, some information found on the Indian import and export database Zauba suggest that the successors for both phones could be launched in a near future.

Sometimes companies send prototypes of their new phones to other countries for testing purposes, and Zauba has been a reliable source in the past. The Galaxy A3 and Galaxy A5 are associated with the model numbers SM-A300 and SM-A500 respectively and some phones with model numbers SM-A310F and SM-A510F were spotted on the database. The letter F in both models usually indicates regional variants or some other hardware differences, but the overall design of the phones remains intact. The listing doesn't provide much more information besides the model numbers and the screen sizes for both devices.

The SM-A310F integrates a screen that measures 4.75 inches, which seems logical for a successor of a phone like the Galaxy A3 with a screen that measures 4.5 inches. The same goes for the SM-A510F, as the listing mentions that its screen size is 5.2 inches and the original Galaxy A5 features a screen diagonal of 5 inches. The data and the fact that the aforementioned phones were announced a year ago makes the arrival of their successors around these dates quite likely. It was previously reported that Samsung was working on successors for the Galaxy A series, but following Samsung's tradition, there should be a couple of leaked images and information before the phones become official. While Samsung opted for a construction based on a metallic frame and glass for their flagship devices this year, it would be nice if mid-range devices with updated internals could get a premium construction once again.