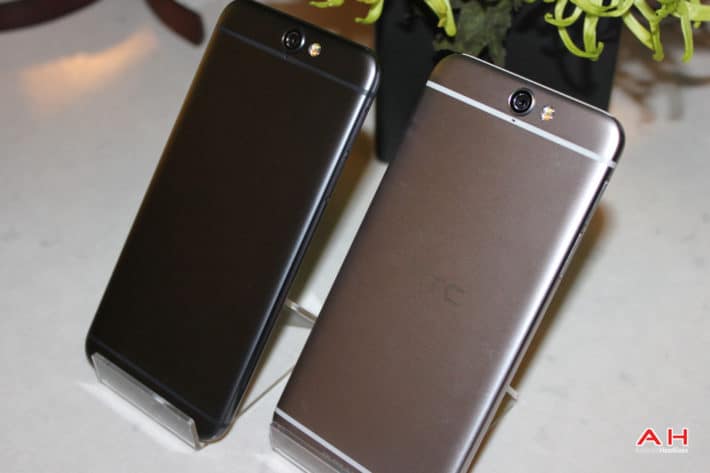 For a long time we had been hearing about a new HTC One smartphone and as the leaks started pouring in it was clear that HTC were trying something a little different. Rather than a large device like the HTC One M9 with it's big BoomSound speakers, HTC were going after the average user. Now that the device is official, it's clear that HTC is doing just that; offering up a quality device for those that just want a smartphone, albeit with some nice extras. The form factor, display, internals and price of the One A9 are all fairly good, there's nothing wrong with the overall package of the One A9, but some would say there's a lot wrong with how it looks.

The big story from this week has undoubtedly been whether or not HTC has blatantly copied the iPhone's design. Both HTC themselves, including an executive from North Asia, and fans of the Taiwanese firm insisting that HTC were there first with the One M7 and its full-metal build and plastic antenna gates. This is of course true, but while the One M9 looks like its own phone, the One A9 doesn't. We went hands-on with the One A9 earlier in the week, and we do a review coming, but ultimately fans of HTC and those that aren't fond of the firm will make up their own mind.

There's also some questionable pricing going on outside of North America. In the US, you can purchase the One A9 for $399 (for now, at least) directly from HTC.com and it comes with 3GB of RAM, purchase it across the pond in the UK and it will cost over £450 for 2GB of RAM, a questionable price hike for something just because it's made out of metal.

A lot of buzz is going to surround the HTC One A9 as it makes its way to store shelves over the coming weeks, but whether or not the One A9 really is an "iPhone Clone" will ultimately be down to the users and what they think. Speaking of which, we want to hear from our readers, so join the conversation on Google+, Facebook and Twitter and let us know what you think!