Top Flyer Game Free is an Android game that offers players the opportunity to play a fun, simple and addictive game flying a helicopter above different environments. A game that casual gamers as well as kids will enjoy, the controls are simple, and see you only needing to keep the helicopter in the air and to dodge obstacles and missiles. Collecting coins along the way is how players will unlock different levels like the City, Desert and Jungle varieties currently on offer. Top Flyer is a free game that players can play without needing to spend money, but there are in-app purchases listed in the Play Store description.

Taking to the skies is as easy as downloading Top Flyer from the Play Store, and then running the game, to then hit the play button. 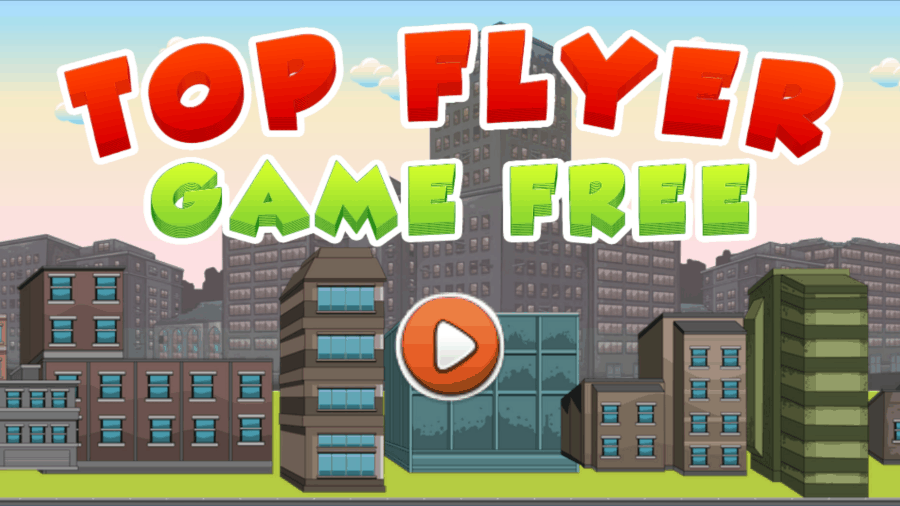 Right away, it becomes clear that Top Flyer is a fairly basic game, as there's little visual flare in the opening, and when you go to choose which level you want to play you're only greeted with three, and you're not given any free coins to start with, either. 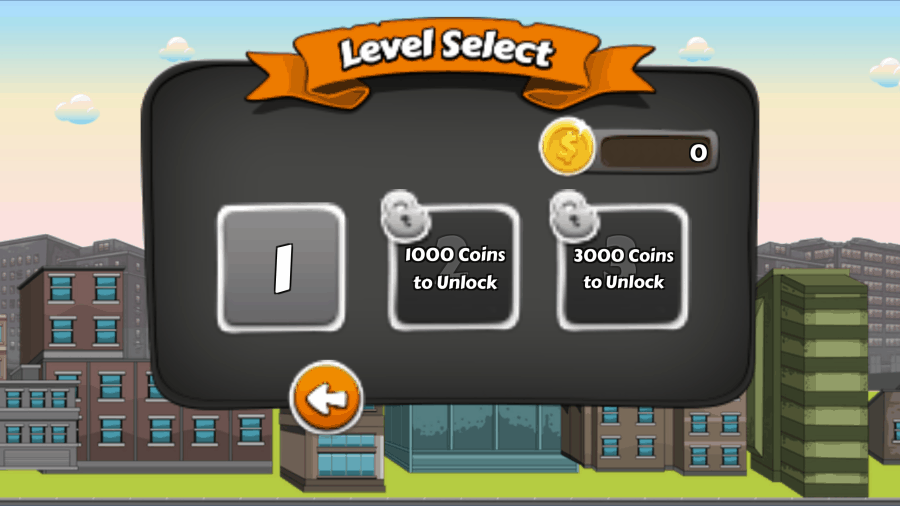 You aren't provided with any rules because the game is fairly easy to play. All players need to do is to tap to go up, hold to keep up and just adjust accordingly to maintain a certain level on the playing field. 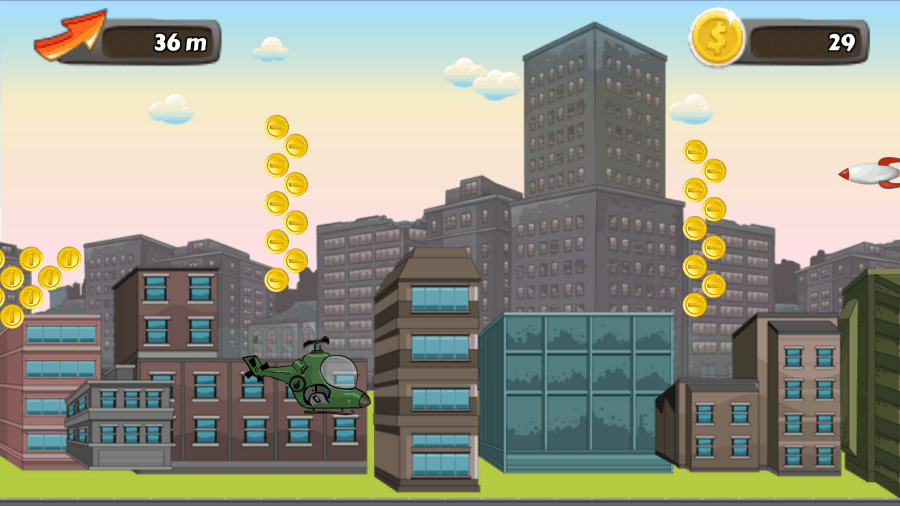 There are lots of coins here, and that's sort of the big point of the game; collecting coins. You need 1,000 coins to unlock one of the next levels, but it takes a long, long time to collect that many coins, sadly. The only thing that spiced things up in the first level was needed to dodge missiles, and that was about it. 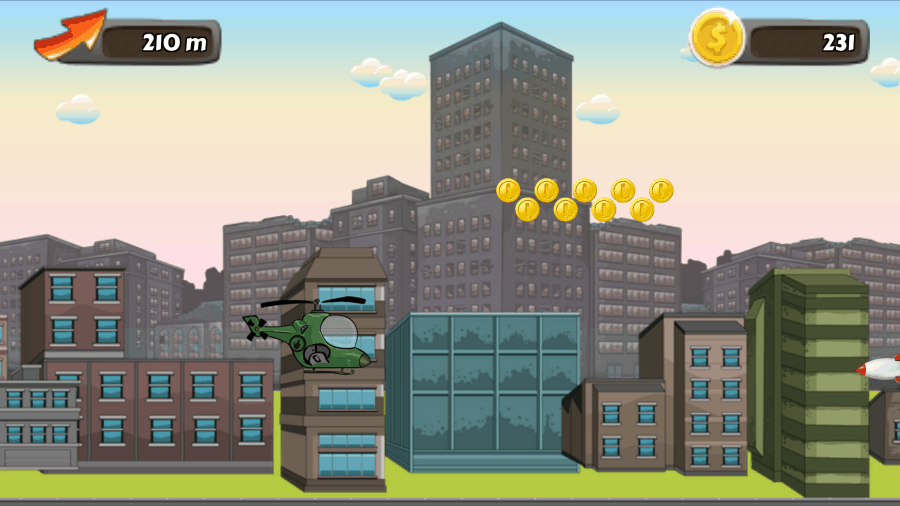 When you get hit by one of these missiles, it's of course game over, but rather a simple 'Game Over' screen I'm greeted with a 'You are dead' message, which is a little brutal to say the least. 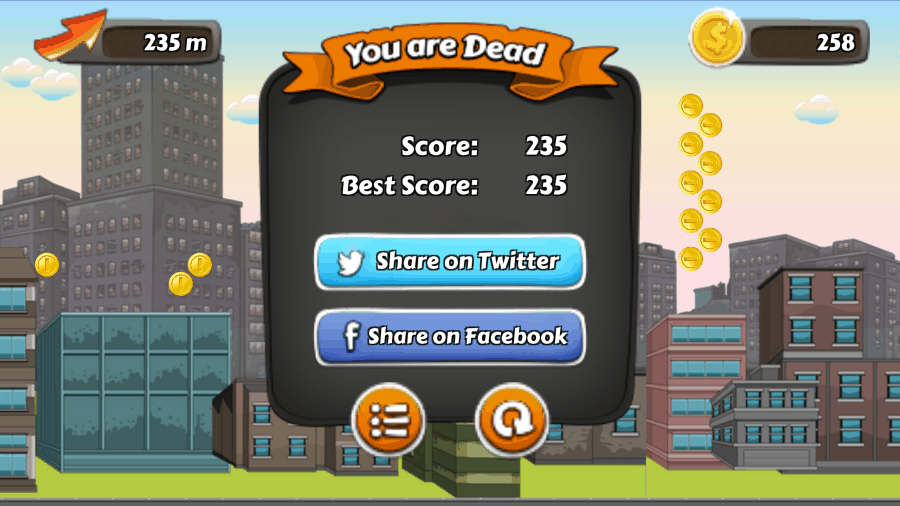 You need coins to unlock the other levels, but I could see no way of actually purchasing any more of them, you're just left with the below message and the game seems to rely more on ads than anything else. 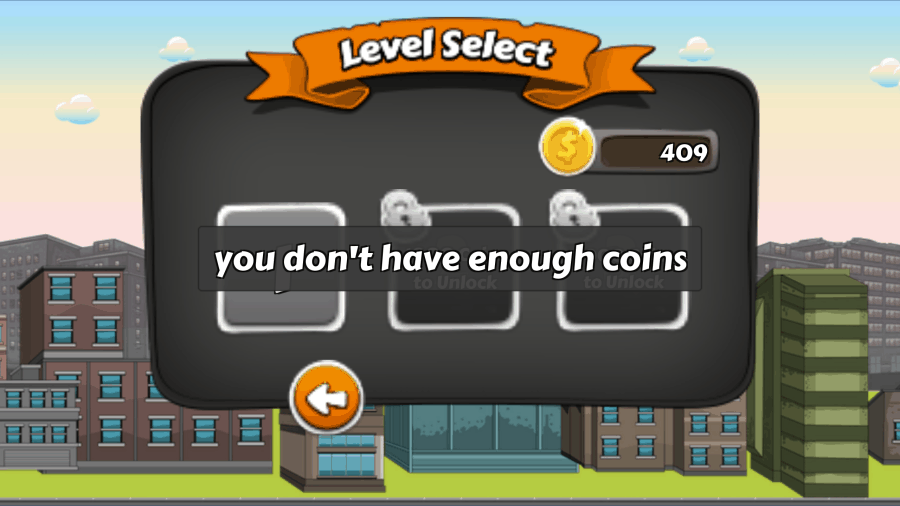 It is addictive and simple like flappy birds. This isn't to say some players won't find something to like about the game though, kids will enjoy how simple and entertaining it can be and those looking for a game that's super-easy will find this appealing as well. It is however, a shame that there doesn't appear to be more to the game, but having said that it's a free game and is clearly designed to be simple, straightforward fun, which we suppose it is.

Top Flyer is a fun game in so much that it's free, easy to play and won't tax your brain too much. It is however, lacking in content and polish where the visuals are concerned. Still, this is completely free so there's no money lost if you give this a whirl and don't like it. Hopefully, over time more content will be added and the game will only get better.