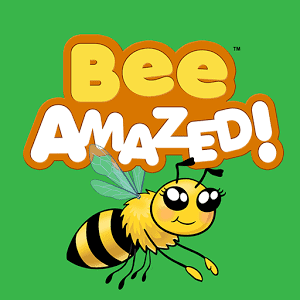 BeeAmazed is an Android game designed to educate kids and little ones about Bees – who make one of the tastiest substances around; honey. BeeAmazed lets kids learn, by playing fun games and educational mini-games, Who's Who in the Hive. The idea behind BeeAmazed is to educate children about how honey is made by letting them know which type of Bee does what in the Hive, through proven interactive gaming and engaging cartoon graphics. BeeAmazed is a great way to teach kids about life sciences and it's great fun for both them and parents looking to play along as well, so let's take a closer look, shall we?

As with other games on Android, you need to download BeeAmazed from the Play Store and then when it's launched, players will see a cute introduction into the Hive. 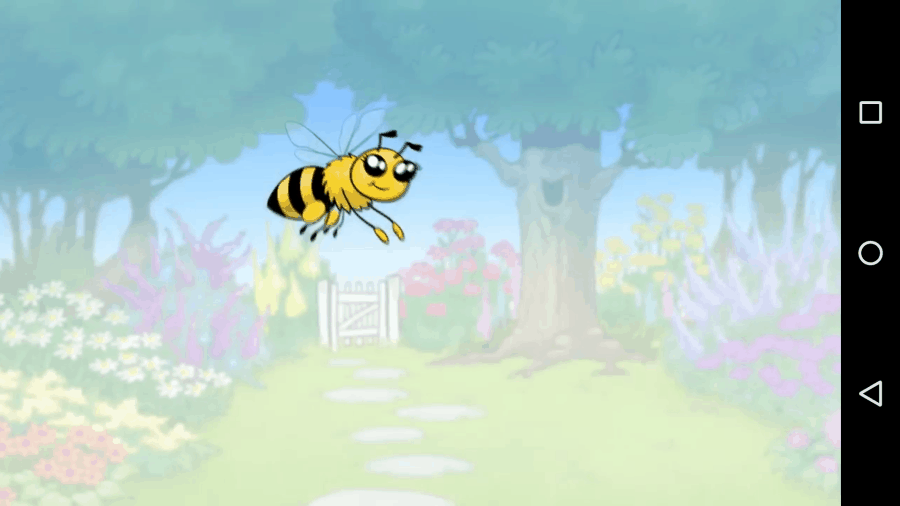 The game that gets off on its own, introducing players to the game and how it's played: 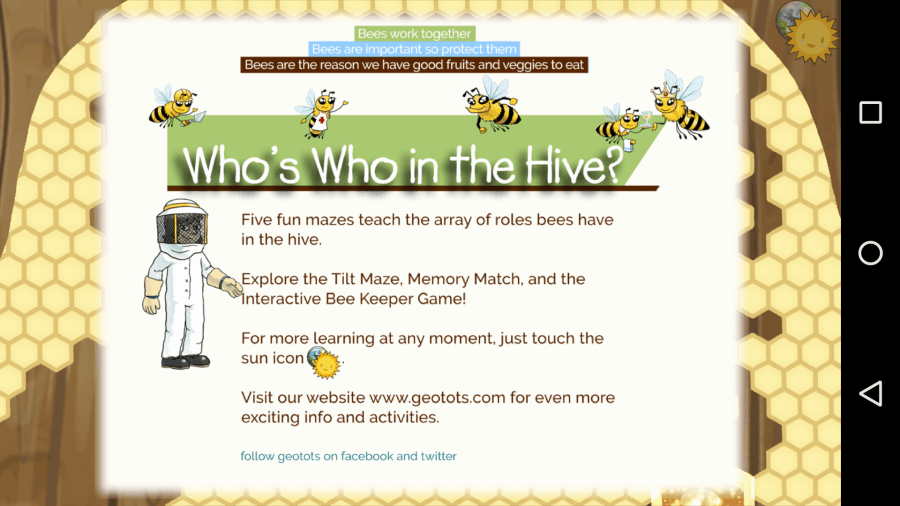 Each Bee has a different type of game, so the first game is for the Builder Bee, who needs to follow the path, kids can drag their fingers through the Hive to move the Bee to where it needs to go. 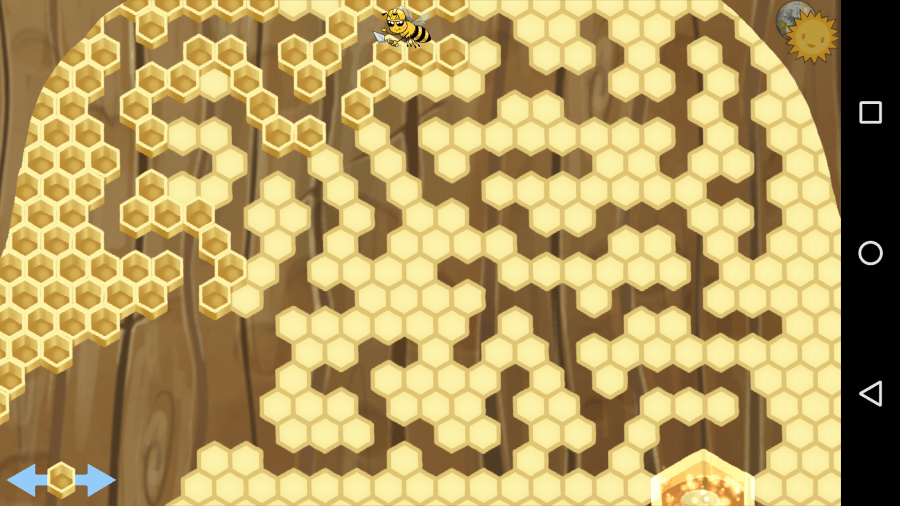 Each game progresses on from the last game, so the Nurse Bee's game is all about giving food to the new Larvae babies in the Hive. You can see here that some of them are happy and some are still crying, waiting to be fed. 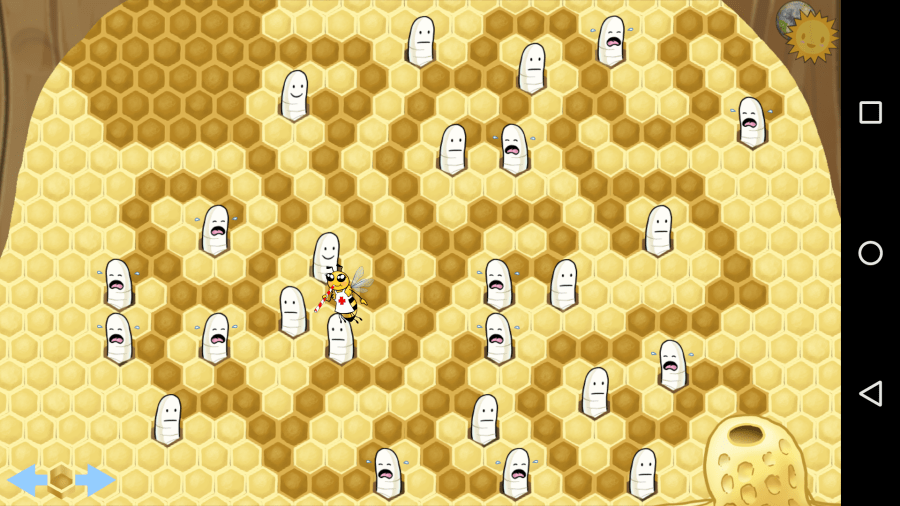 At the end of each game, there's an animation that easily explains to children the result of each Bee doing its job. For instance, if the Nurse Bee feeds the Larvae properly then one of them might become a Queen Bee. 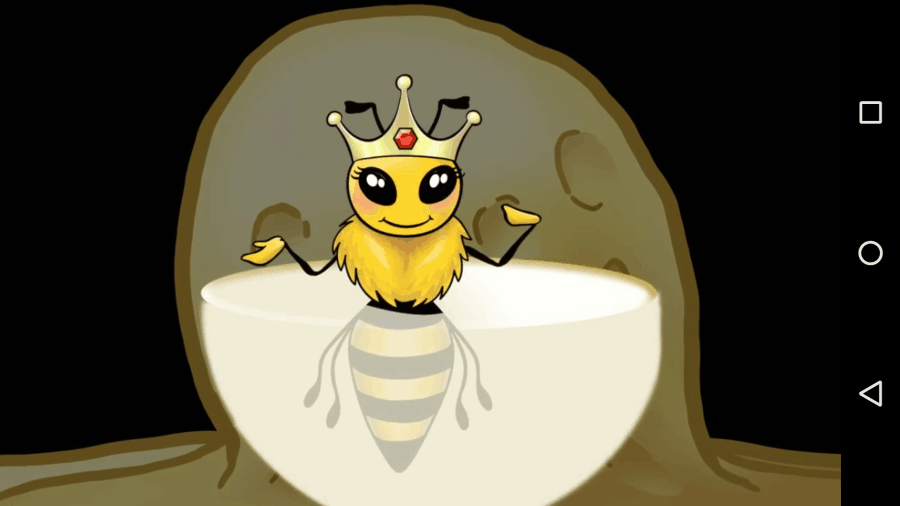 To be honest, a lot of the beginner games end up being quite repetitive, which might be boring for us adults, but for younger players this is how they end up picking things up and making sure they remember what they've learned through these interactive games. Over time however, they change up and Kids will be told how Humans interact with the Hives in order to make Honey. 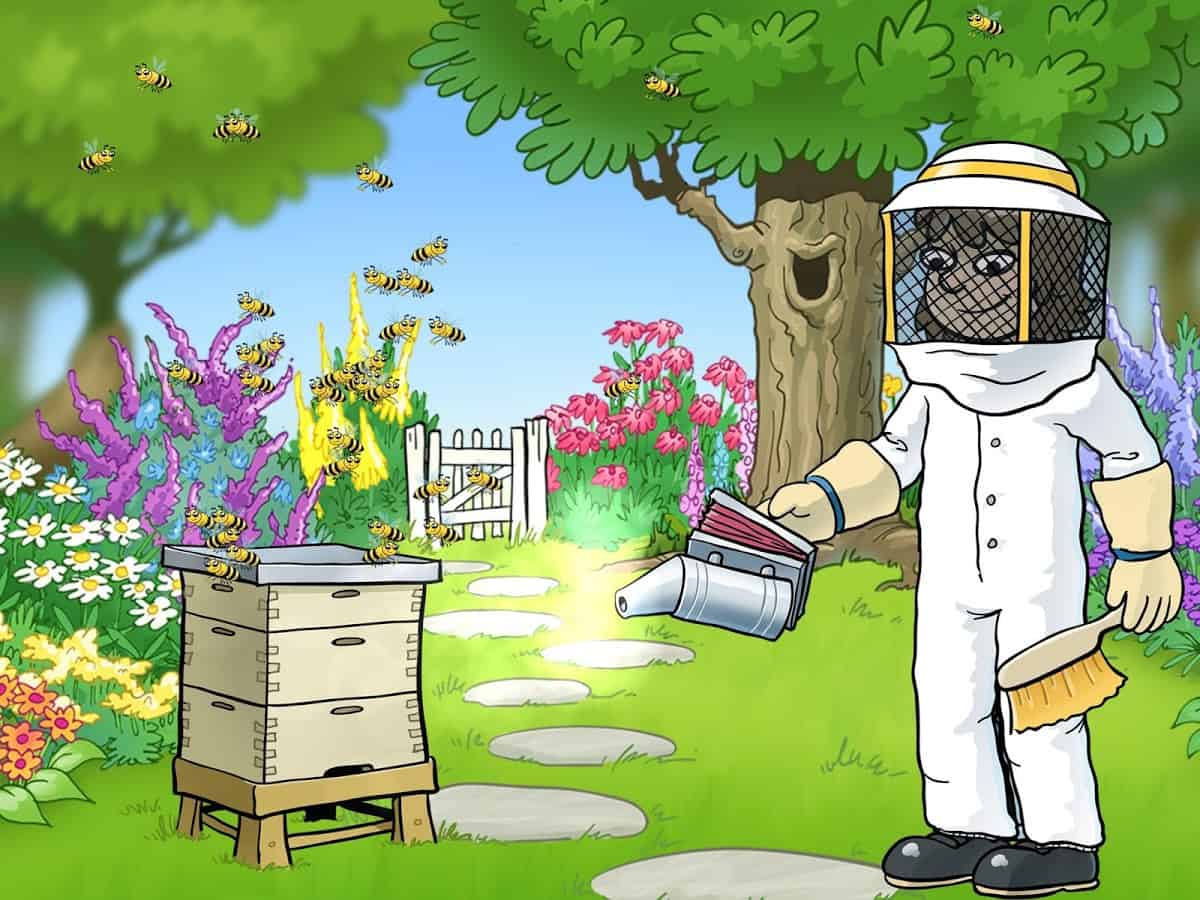 This then leads on to yet another game where children will need to keep the device steady: 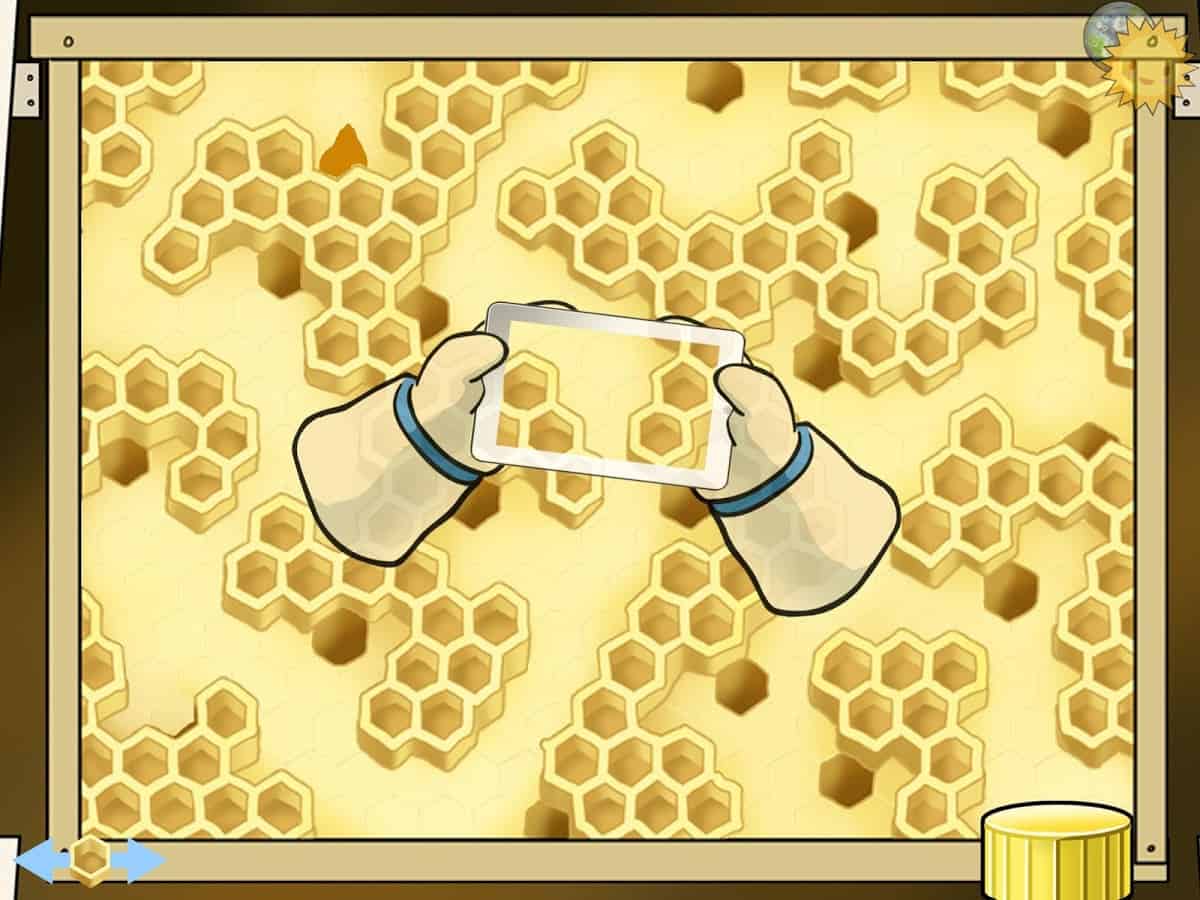 Finally, BeeAmazed offers simple mini-games that kids will be familiar with that test their memory retention. 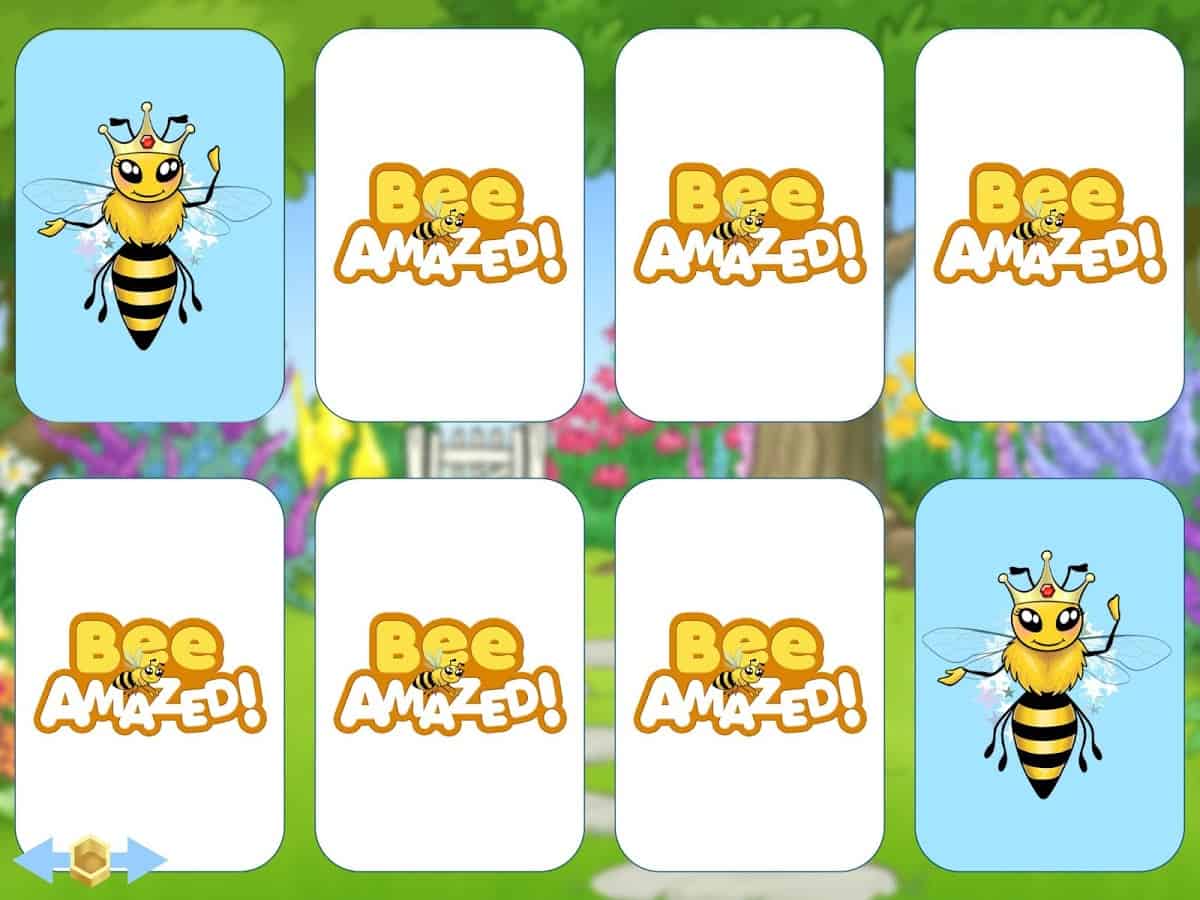 Overall, it's clear to see that this is a game that's designed to be play by Children. Every decision that the developers have made, including the asking price to avoid including ads that little ones could accidentally click, has been taken to make an educational game. As I said, some of the games end up being quite repetitive, but it's not as though this isn't done by design; kids learn through repetition and all of the games are interactive. Doing something for themselves, which applies to every game in BeeAmazed, means that kids pick things up quicker and learn more at  an accelerated pace.

BeeAmazed is a great game for younger players as it helps to teach them all about how the Hive operates and it can be good fun as well. How Honey is made and the lifecycle of the Honey Bee is something that isn't often taught to children these days, or at least not in games like this, so it's nice to see such a quality game deliver interactive learning like this.