360 Degree is a simple and addictive game for Android that features simple gameplay and controls, yet is difficult to master and succeed at. The game gets its name for taking place in a circular game board, with special levels featuring different shapes, and because the user can rotate the game board 360-degrees whenever they feel like. This determines where the ball will bounce and end up, and users need to balance dodging the obstacles and collecting the gems to increase your high score. 360 Degree evolves over time to offer players new and exciting challenges as they progress, and it's a great game for casual and more experience gamers alike.

All you need to do to get started with 360 Degree is to download it from the Play Store and then launch the game. 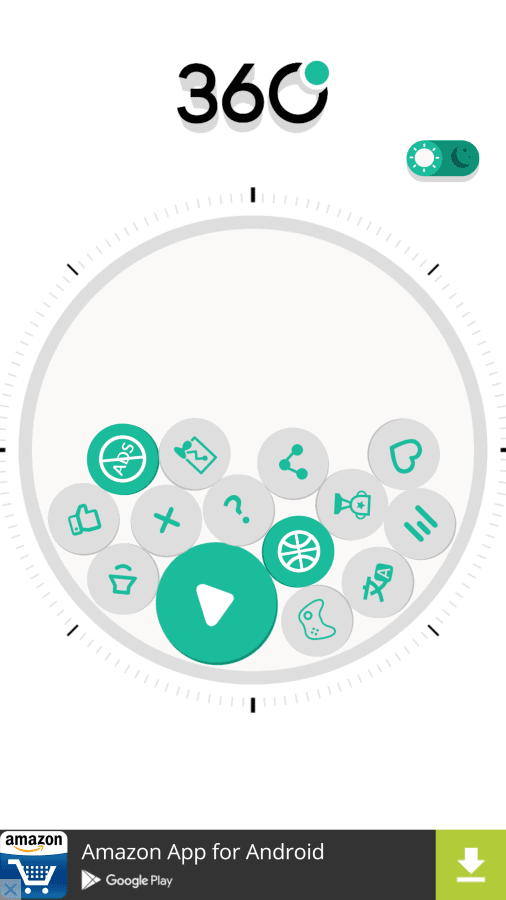 Right away I was charmed by 360 Degree's menu, the different settings and icons come tumbling down like balls themselves, and there's even a way to quickly change from a heavily-white theme to something more appealing when the lights go out: 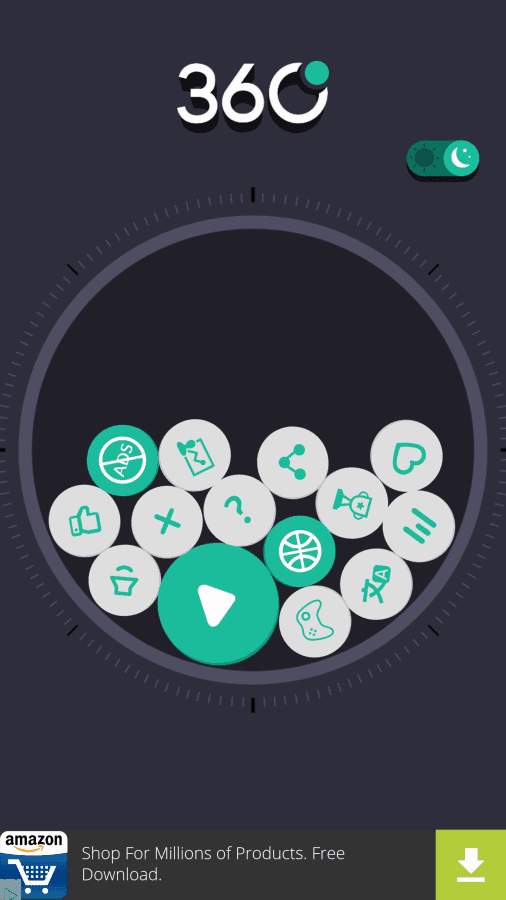 Playing the game is just as easy as you'd think something like this would be, and you can easily check up on the controls from the settings menu: 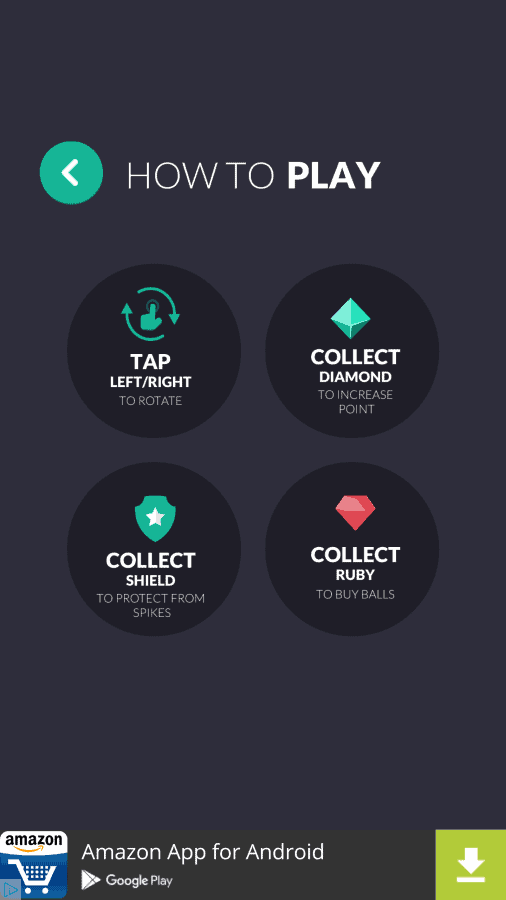 Playing the game is good fun, all you need to do is touch to rotate the playing area and collect the diamonds – or rubies in the bonus stages – while trying to dodge obstacles. 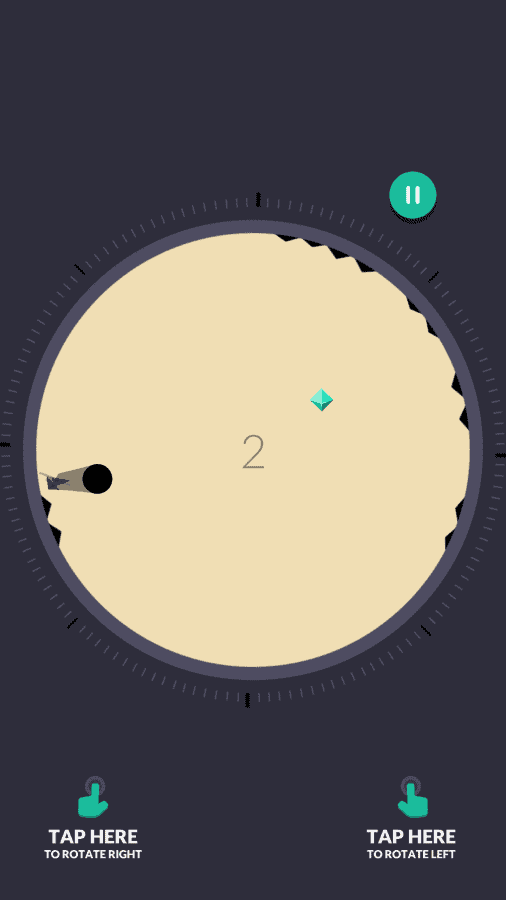 It seems as though this is a simple and easy game, but it can get quite tricky, really quickly. You have to dodge those spikes you see on screen, and to make matters worse, they keep on moving each time the ball bounces off of the wall. Hitting them will give you a headache and end your run: 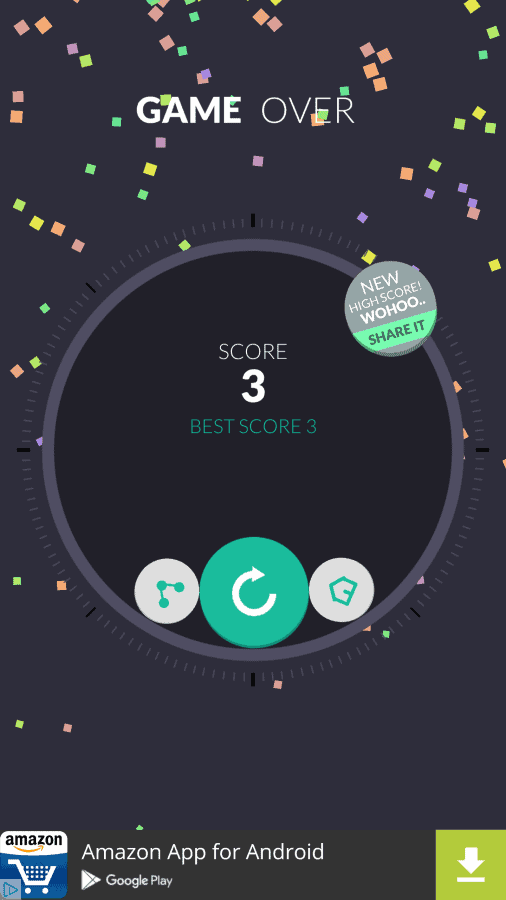 There are bonus rounds you can play should you end up with enough points or tries to enter the mode, and this is where you can collect your rubies. 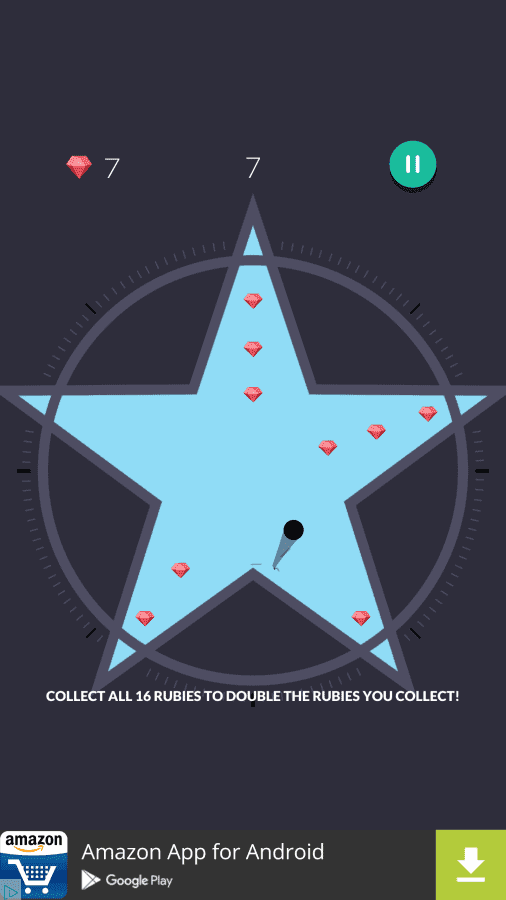 360 Degree is a free app for Android, but there are in-app purchases that people can use in order to remove ads and so on, but watching ads can help double your rubies and such. 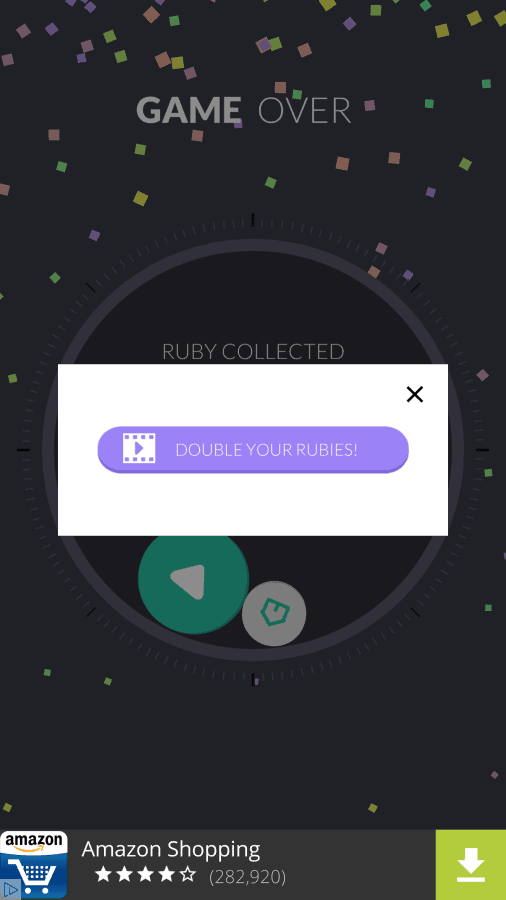 360 Degree is a captivating little Android game and it's one that has all sorts of little quirks to it, it runs smoothly, looks good and is just downright fun. There are no hoops to jump through or anything like that here, and it all comes together excellently. The simple gameplay of having to rotate the game area in order to actually play the game is great fun, and I wish that more games took this sort of approach of interacting with the playing area. It can be as fast-paced or slow as you like it to be and there are few reasons not to spend a little time with this to see what it's like. It could be better, but as it stands this is a charming and fun game that doesn't ask too much of the player and just works.

Overall, 360 Degree is a game that's a lot of fun and has a whole lot going for it, but there is room for improvement. I wish that there were more level designs and perhaps less of an emphasis on dodging the obstacles in earlier levels, or perhaps as an endless sort of game mode? Either way, this is charming and addictive all the same.