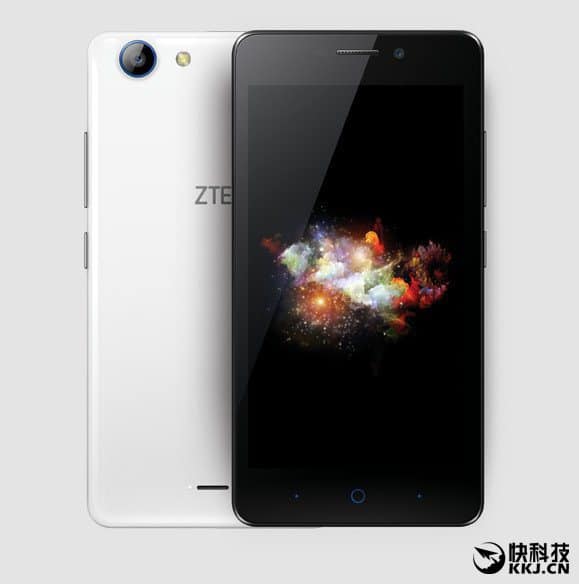 ZTE has unveiled a number of high-end devices this year, including their Nubia Z9 line of devices, along with the Axon lineup of devices and a smartwatch. The company is doing really well as far as sales go, and we were looking forward to see what comes next from ZTE. Well, the company has decided to cover their bases in the lower-end segment of the smartphone market as well it seems, ZTE has just announced a new entry-level device which is extremely affordable, read on.

ZTE Mighty 3C is now official and it costs only 499 Yuan ($78). The device sports a 5-inch 854 x 480 display along with 1GB of RAM and 8GB of internal storage. Interesting enough, this phone is powered by Qualcomm's Snapdragon 210 SoC, which is a quad-core 64-bit chip. The 5-megapixel camera can be found on the back of the ZTE Mighty 3C, and a 2-megapixel snapper is available up front. The 2,500mAh battery is available on the inside, and the phone packs in a Neovision 5.0 camera software on the inside as well, which should improve the performance of the camera sensors available on the device. Android 5.1 Lollipop comes pre-installed on the device with ZTE's custom UI installed on top of Google's operating system, of course. The phone measures 143.5 x 72.9 x 9.45mm, while it weighs 170 grams. 4G LTE connectivity is also a part of this package, in case you were wondering.

Now, as far as build goes, the phone is made out of plastic, and it sports three capacitive buttons below the display. This is not exactly the best-looking device you've ever seen, but it's not meant to be that. It sports that industrial build, and doesn't look all that bad at all. The power / lock and volume rocker physical buttons are placed on the right-hand side of the phone, and the loudspeaker can be found in the bottom part of the phone rear side. As already mentioned, this device costs only 499 Yuan, which comes around to $78. The device will be available in China soon, and we still don't have any info when it comes to its international availability, though it's possible that this device will never leave China.