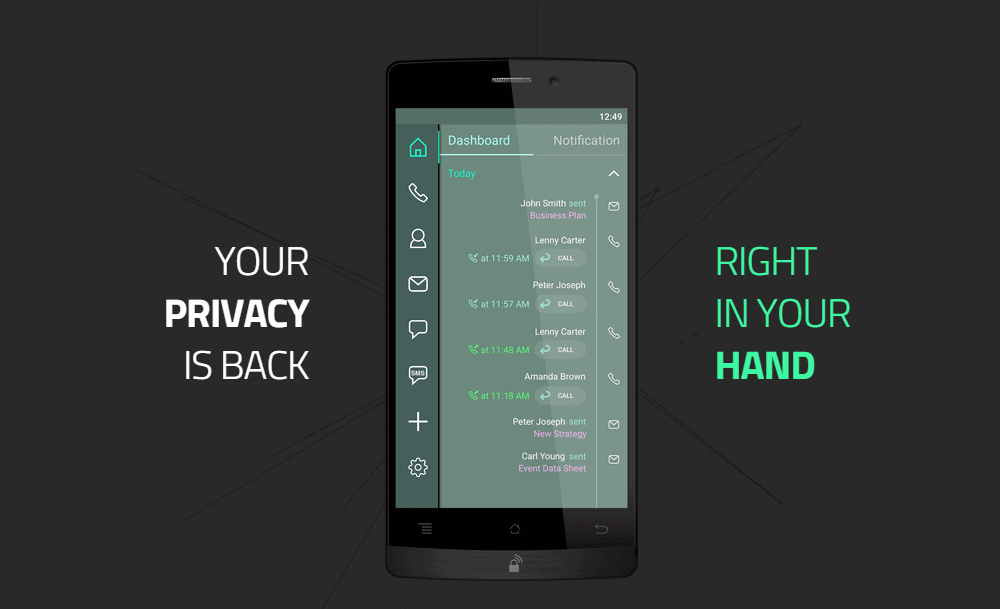 Over the last year, there has been plenty of trends developing in the smartphone world. One of which is the notion of smartphones protecting your data. That is, protecting your data more than anyone else can. As a result, this year has seen the release of what is starting to be dubbed the 'super secure handsets'. Of course, Silent Circle has been there before and has now released their 2015 Blackphone offering. While there is also the Turing Phone which has recently became available.

Well, back at MWC in March, another new super secure phone was announced. Well to be clear, the device was not announced in full, but instead was simply announced that it would come this year. This was then later followed by the reports a couple of weeks ago that the collaboration between ARCHOS and security company SILKUR, the GranitePhone, was available to pre-order. For those who are less keen on pre-ordering, it now seems the GranitePhone has gone live in terms of sales, as the company has today announced as much. However, it is one which does not come cheap. The GranitePhone is now available to buy, but it will cost you a cool $849 for the privacy and security-focused device. Those who are interested in picking up one can head over to the GranitePhone website through the source link below.

If you need a reminder on the specs, then the GranitePhone comes equipped with a 5-inch display which makes use of a 1920 x 1080 resolution. Inside, the GranitePhone comes loaded with 2GB RAM and powered by a Qualcomm Snapdragon 615 octa-core processor, while Internal storage is set at 16GB as standard. Moving to the camera side of things and the GranitePhone comes equipped with a 16-megapixel rear camera which is coupled with an 8-megapixel front-facing camera. The GranitePhone does come running on Android, albeit, a forked version in the form of Granite OS which is what has been tweaked to offer its users a more secure and privacy enabled experience, which is said to offer various levels of encryption for your calls, texts and even cloud based encrypted storage.