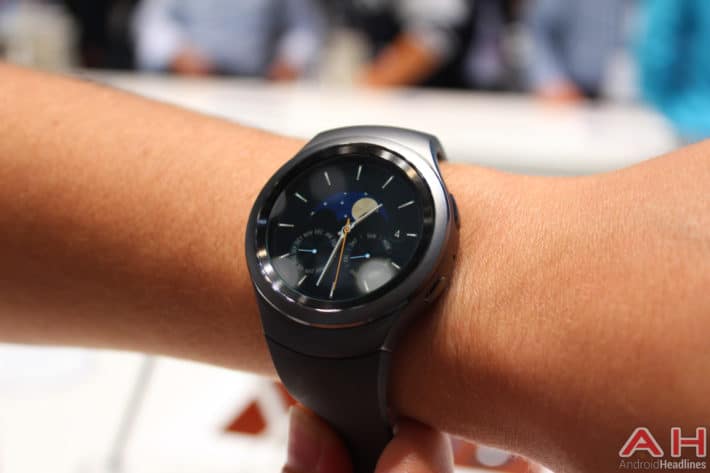 Samsung certainly is unrelenting when it comes to promoting its products, so it is not surprising at all that the company's newly-launched flagship smartwatch, the Gear S2, is getting a lot of attention from its marketing department, which has now released a new video on the official YouTube channel of Samsung Mobile USA, highlighting the benefits of getting the Gear S2 from Samsung. The 40-second promo is called "Dial In", and seeks to drive home the point that the Gear S2 can be a lot more than just a wristwatch. It can be a combination of a lot of separate devices all at one go, with its ability to connect to the net to get real-time news updates, send text messages, and also serve as a portable media player. The rotating bezel of the device is also shown off in the video, as is a dock that changes the wristwatch into a table clock of sorts.

As for a little bit of background on the smartwatch itself, the Gear S2 was launched by Samsung at the end of August, in three variants. While the Gear S2 and the Gear S2 Classic are bereft of cellular connectivity, the third variant showcased by the company, called the Gear S2 3G, comes with 3G cellular connectivity as its USP. Bluetooth and Wi-Fi meanwhile, come standard on the all three versions of the device. It is this 3G version, which is now up for preorder at Verizon, with the device itself said to be available at stores from the 6th of next month. There's also apparently a previously undisclosed 4G version of the watch, which will be available at T-Mobile from the 15th of November, according Thursday's announcement.

As a quick refresher on some of the hardware on the Gear S2, the smartwatch features a 1.2-inch Super AMOLED display, and comes with 512 MB of RAM and 4 GB of internal storage. While the Gear S2 3G is powered by a Snapdragon 400 SoC, the other two variants are powered by the Exynos 3250 from Samsung LSI. All Gear S2 variants come with the rotating bezel seen in the embedded video below, and carry sensors such as an accelerometer, a gyroscope, a PPG (heart rate monitor), an ambient light sensor and a barometer. The devices run on Tizen OS instead of Android Wear, and come with IP68 Certification, which renders them water and dust resistant. As a major departure from most of Samsung's previous smartwatches, the Gear S2 is compatible not just with other Samsung handsets, but with Android smartphones of any make carrying at least 1.5 GB RAM and running Android 4.4 KitKat and above.