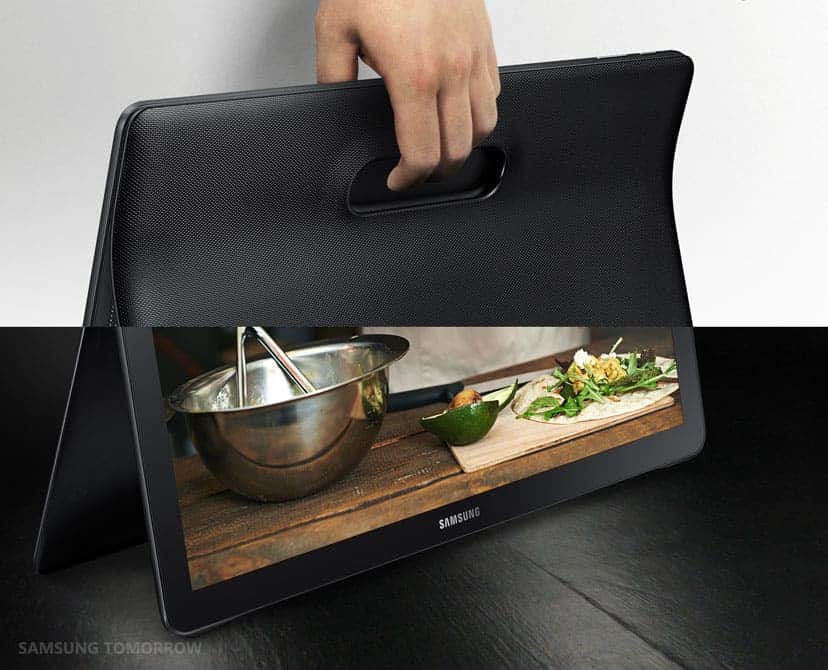 We've seen plenty of leaks of this new tablet from Samsung. And now, Samsung has made it official. It's the Galaxy View, an 18.4-inch Android 5.1.1-powered tablet. It's a much larger tablet than that we've seen from Samsung in the past. And it's even larger than Apple's iPad Pro. In fact it's so large, it has a handle on the back to carry it. The Galaxy View was primarily built to be a media consumption device for their customers. With it's large display, and an interface that is optimized for video. Not to mention the large 5700mAh battery that is inside of the Galaxy View.

"At Samsung, we are committed to creating new possibilities and bringing our consumers the best mobile experience," said JK Shin, CEO and Head of Samsung's IT & Mobile Business. "We are very excited to introduce the new Galaxy View, providing an entirely new way of consuming mobile video and entertainment."

Here with the Galaxy View tablet, we're looking at an 18.4-inch 1920×1080 resolution AMOLED display, an octa-core 1.6GHz processor (Samsung hasn't disclosed whether it's an Exynos or not), as well as 2GB of RAM, 32GB/64GB of storage available internally along with a microSD card slot that supports up to 200GB of storage. There is no rear-facing camera, however there is a 2.1MP front-facing camera on the Galaxy View. It's also sporting a nano SIM card slot so you can get 4G LTE connectivity on the Galaxy View if you so wish. Finally, it comes with Android 5.1.1 underneath it's customized interface.

With the Galaxy View, Samsung has added a new feature known as Family Square. What this feature does is it gives users a customized dashboard, in which they can connect with friends and other family members. Samsung has also added many other entertainment features that will allow users to take advantage of their stereo speakers on the Galaxy View. Users can also make video calls using Skype, Hangouts and other services using that front-facing camera on the tablet. Samsung touts that the 5700mAh battery in the Galaxy View tablet will last for 8 hours of video playback. That should be enough for an entire day for most people.

Samsung has yet to announce pricing or availability just yet. We should learn both of those in the coming days, however. 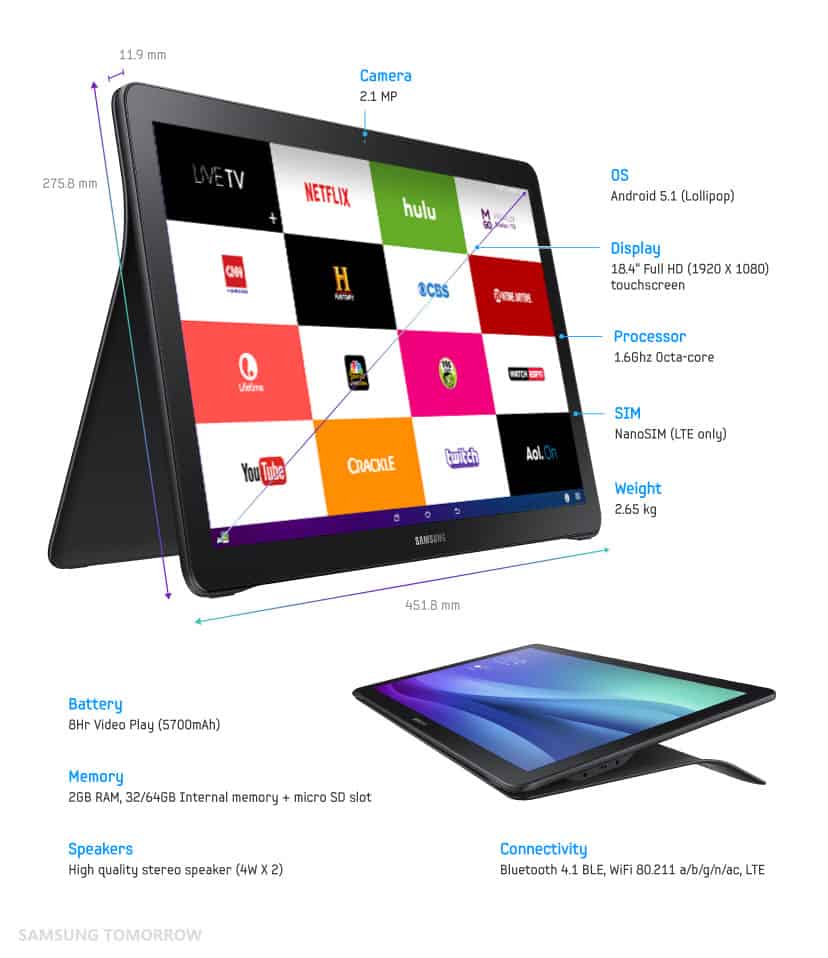