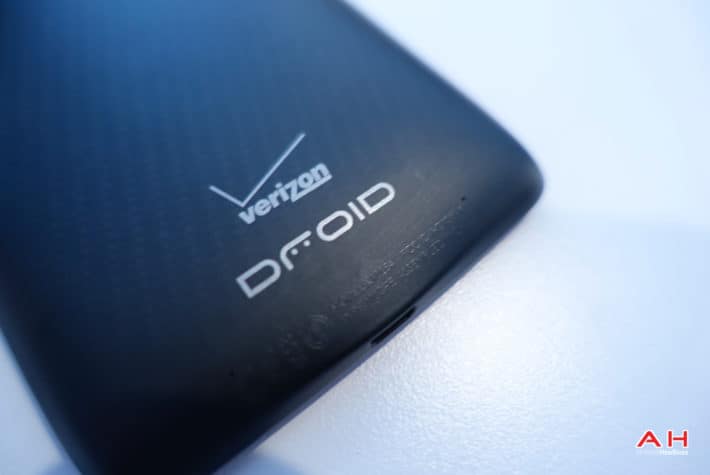 For a few months now, the Droid Turbo 2 – as well as the Droid Maxx 2 – have been rumored and leaked. They are expected to be the next generation of Motorola Droid's for Verizon. Last October, Verizon and Motorola announced the Droid Turbo, which was one of our favorite phones of 2014, and still one of our favorite phones today. Motorola and Verizon threw high-end everything inside that phone, including a massive 3900mAh battery. The folks over at Droid Life have gotten their hands on some info about the new Droid Turbo 2, which seems to be codenamed Kinzie. And we also have some details from the build.prop.

According to the report, we're looking at a 5.5-inch QHD Display. So it's slightly larger than the Droid Turbo's but still smaller than the Moto X Style/Pure Edition. It's also featuring Qualcomm's octa-core Snapdragon 810 processor, 3GB of RAM along with 20MP camera on the back and a 5MP front-facing shooter. It will also feature turbo charging, but no word on the size of the battery just yet. It's also going to have Android 5.1.1 at launch, and not Android 6.0 Marshmallow. The build.prop reveals that the latest build was built on September 21st, so it's been in testing for quite some time if this is indeed the latest build for the Droid Turbo 2.

This definitely sounds like a flagship from Motorola. However, it does not quite sound like it's a Moto X Play variant. While it is the same size, some of the internals are different, primarily the Snapdragon 810. As the Snapdragon 615 is what's powering the Moto X Play. Last year, Motorola and Verizon announced the Droid Turbo 2 in New York City on October 28th. So it wouldn't be a huge surprise to see Verizon announce the new Droid Turbo 2 as well as the Droid Maxx 2 at an event at the end of the month. Especially with the holiday season fast approaching. Verizon will throw a ton of marketing dollars behind this launch, so they'll definitely want to be sure both of these devices are available for holiday shopping. It's hard to believe, but we are already almost half way through October.