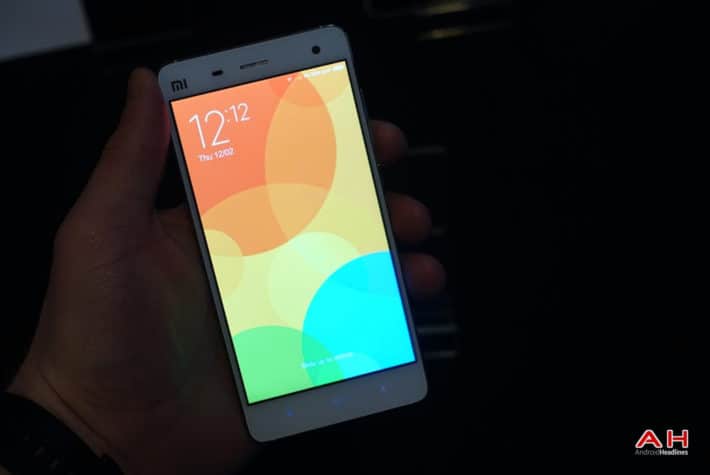 It appears that recently, the MIUI 7 update has already started rolling out to the Xiaomi Mi 4. Officially however, the update is scheduled to start rolling out from Tuesday, October 27th, both in China, as well as globally. The Mi 4 is Xiaomi's current generation flagship, and will be one in a long list of smartphones from the Chinese company to get MIUI 7. The report also indicates that it's the LTE variant of the Mi 4 which has started getting the update, with no word on the 3G variant. The Redmi 1S meanwhile hasn't yet started receiving the OTA update, if the report is to be believed. As for the new software being rolled out to the Mi 4, the file is 666 MB in size, and comes with Baseband Version MPSS.DI.3.0-8698a4d and build number KTU84P. The device however, continues to remain on KitKat after the update, instead of getting a taste of Lollipop.

It bears mentioning that while MIUI 7 will bring along Lollipop to some devices, some others will get MIUI 7 based on KitKat, as already reported earlier. According to the current report meanwhile, the Mi 4 seems to have received the KitKat version of MIUI 7, which must be hugely disappointing for the owners of Xiaomi's current-generation flagship. The listed Android version after installing the update is Android 4.4.4 KYU84P. Either way, MIUI 7 is still a fairly feature-rich update when compared to MIUI 6. According to Xiaomi, it brings along 30% faster system performance, 10% better battery life, better RAM management, improved Wi-Fi connectivity, improved UI and notifications, new themes and wallpapers, a new 'Child Mode', the ability to adjust text sizes, and the 'ShowTime' feature that allows a short video or photo to be set as caller ID.

As a quick reminder to users of Xiaomi phones, the company has already released a list of devices to get MIUI 7. The list however, is apparently not extensive, and other devices may be added to the list at a later date according to the company, but you wouldn't bet on it. The international versions of the following devices will get MIUI 7, according to Xiaomi: the Mi Note, Mi 4, Mi 3, Redmi 2, Redmi 1S, Redmi Note 4G and the Mi Pad tablet. In China, the following devices are slated to get the update: Mi 4, Mi 3, Mi 4c, Mi 4i, Mi 2 / 2S, Mi Note, Mi Note Pro, Redmi Note 4G, Redmi 2, Redmi Note 2, Mi Pad and Redmi 1S W.