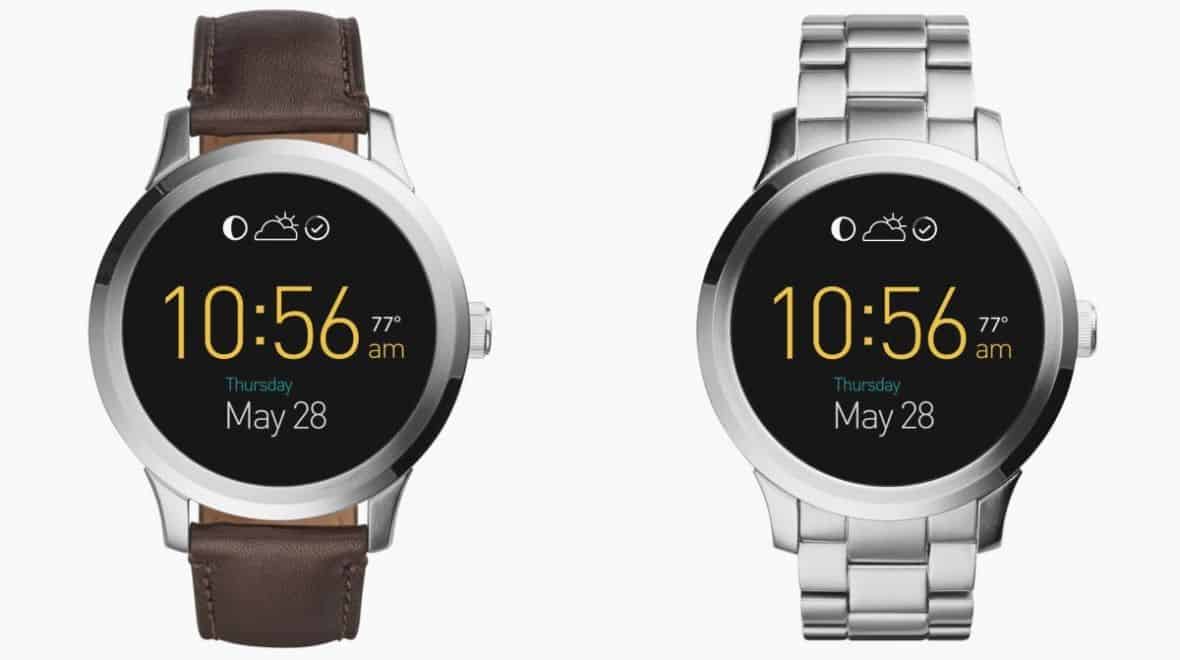 Earlier this week, the fashion brand Fossil announced their new range of modern wearable devices, including the new Fossil Q. They did so however, in a fashion that seemed as if the Q line was nothing but a "me too" line and that Fossil doesn't really seem all that interested in smartwatches or wearable tech. Considering that Fossil is often a brand associated with a younger audience, this didn't seem to make much sense. A single press release and very few images might just be because they're still finalizing details for when it hits retail later this year, but it doesn't exactly put all that much confidence behind the new product if Fossil themselves can't get that excited about it. There is probably more coming, and Fossil will presumably get going with a strong marketing push as the Holiday Season really gets going, but for now it makes us wonder if Fossil is trying all that hard.

Android Wear has been available for some time now, but when it launched last year, the original G Watch and Samsung Gear Live were hardly lookers now, were they? The G Watch R and Moto 360 soon changed things, but for those that seriously wanted a watch first and gadget second, they will have been waiting to see if any of the big watch names get involved, and now that Fossil have thrown their hat into the ring, it'll be interesting to see what sort of effect this has on Android Wear. I've owned the original G Watch, the first-generation Moto 360 and am now very happy with a G Watch R, looking at the Fossil Q I can't quite see what all the fuss is or could be about. What will this offer me that my G Watch R (which looks similar, sans flat tire) can't?

This is the question that Google's tight control of Android Wear has created. On the one hand it's excellent that we can buy whichever watch we want and get a similar experience, but on the other it prevents brands like Fossil – or LG and Motorola – creating unique experiences beyond a few apps and exclusive watch faces. This approach is a double-edged sword, and it's one that might ultimately steer further partnerships like these away from Google. Fossil is a brand, and without the ability to customize Android Wear more than others, they don't have much of a branded-product to sell.

It's early days yet, and it's possible that Fossil and Intel are just waiting for the right time to better launch the watch later this year. For now though, with the limited information we have on offer, it doesn't seem as though the Fossil Q is the Android Wear watch that we've been waiting for, being late to the party is never easy, especially when there are watches like Huawei's and Motorola's on shelves by the time arrive. Let us know what you think in our Google+ post!