Skip to content
Trusted By Millions
Independent, Expert Android News You Can Trust, Since 2010
Publishing More Android Than Anyone Else
37
Today
187
This Week
792
This Month
8082
This Year
125568
All Time 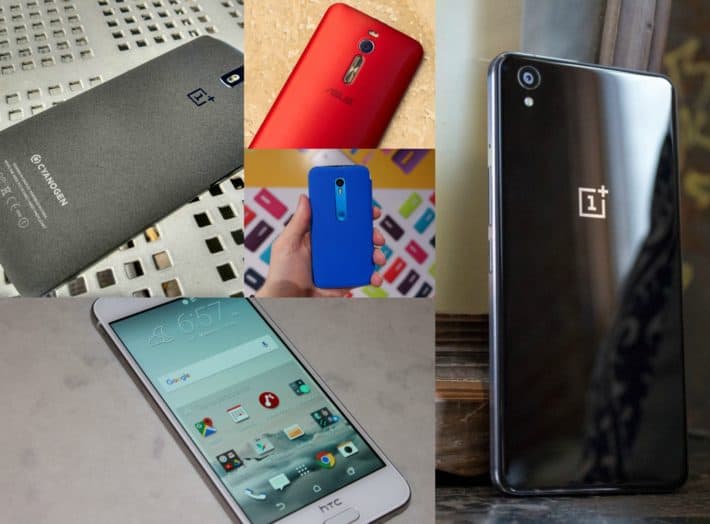 Do we have good one for you today – with release of the new OnePlus X, we wanted to take a look at other lower-end devices to see just how it stacks up against the competition.  We went back to the original OnePlus One because we felt it was more in line with OnePlus X and it can still be purchased.  The Asus ZenFone 2 we tested is the lower end model – they do have a 4GB/64GB model as well.  The Motorola Moto G 2015 is certainly a comparable mid-range and the new HTC One A9 is a good fit since it just came out and is certainly a mid-range smartphone.

The new OnePlus X is definitely a throwback to 2014 with a 5-inch FHD OLED display and a 32-bit Snapdragon quad-core processor.  They did add a 13MP main camera sensor and an 8MP front-facing camera (FFC).  There will be two variants of the phone – one for the US and Canada and another for the EU and Asian market.  It will be available in two colors, Ceramic and Onyx.  It measures 140 x 69 x 6.9mm and weighs in at 138 grams for the Onyx or 160 grams for the Ceramic and pricing is looking at about $250.

All of these devices will appear very similar as we begin to look at them as a group.  We will examine a few major areas – Displays, Processors/Memory, Camera Area, Batteries and Miscellaneous.  Was there a need or a reason for OnePlus to produce the OnePlus X at this point in time – is there even a market for this device in the US or Canada?  As we go through comparing these devices, possibly we will be able to answer some of these questions.

The cameras all have the same size main sensor -13MP and each have a decent sized front-facing camera (FFC).  The size of a sensor is only part of how well the smartphone can take a picture – the size of the pixels, electronics and software play a huge roll in the quality of the photos.

It is always hard to determine just how long a battery will last in any device as there are so many variables.  Are you gaming, watching videos or movies, doing a lot of downloads, talking on long calls, texting, emailing or web browsing, etc.  However, most modern smartphones have quick charge capabilities and some sort of power saving mode.

All of the devices are running Android 5.1 except the ZenFone is still on 5.0 and the One A9 is on the newest Android 6.0 Marshmallow.