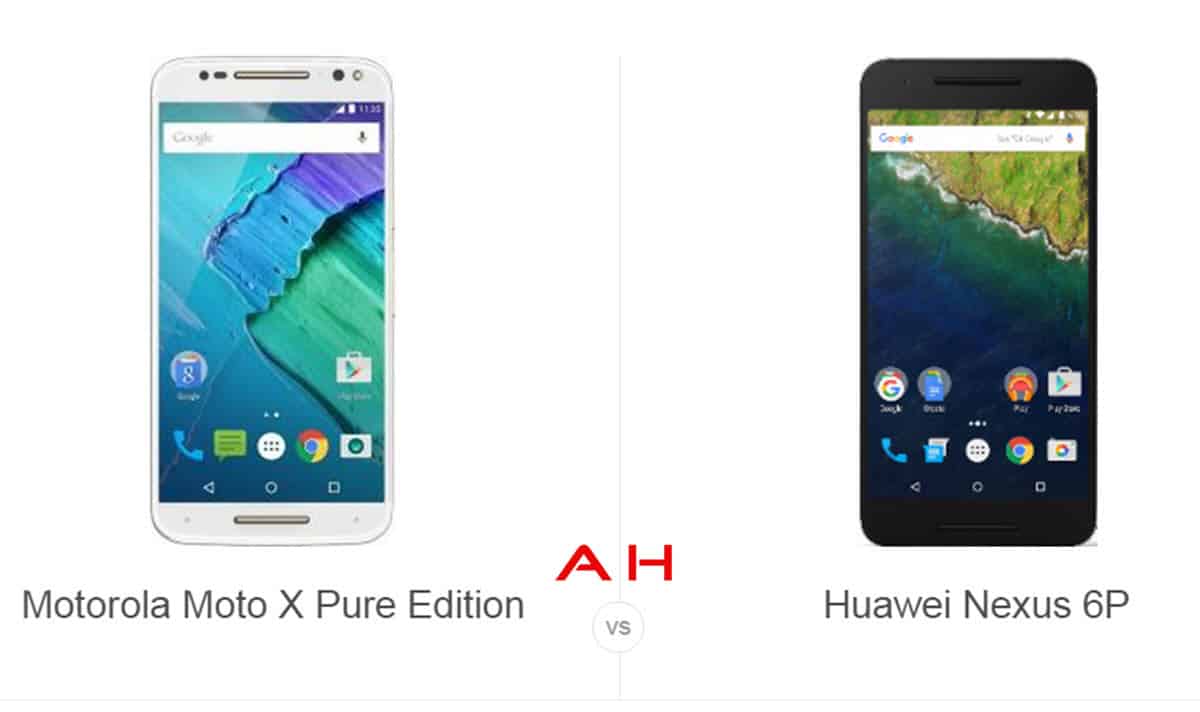 Do we have a good one for you today – the new Motorola Moto X Pure Edition goes up against the new Huawei Nexus 6P.  Both devices are true flagships and both are priced about the same – which one of these two devices can win the shootout in our specification comparison.  Both devices are solidly built and are very pleasing to the eye and to the touch – the Moto X is typical Motorola with the curved back and a variety of customizations available, while the Huawei Nexus 6P sports an all-metal unibody and metal back.  These two devices have several things in common and we will first look at those features before we look at each individual device in greater detail.

These two devices are almost the same physical dimensions with the Moto X coming in thicker – they even weigh within 1 gram of each other.  Of course, both have a 5.7-inch QHD display with nearly identical pixel density.  They both use a 64-bit Qualcomm processor, but different models.  They both are packing 3GB of DDR3 RAM and both can be configured with either 32GB or 64GB of internal memory.  The both have the usual suspects – Wi-Fi, Bluetooth (4.1 on the Moto X and 4.2 on the Nexus 6P), GPS, NFC, non-removable batteries, a microUSB port (v2.0 on the Moto X and Type-C on the Nexus 6P) and they both have a quick charge battery. 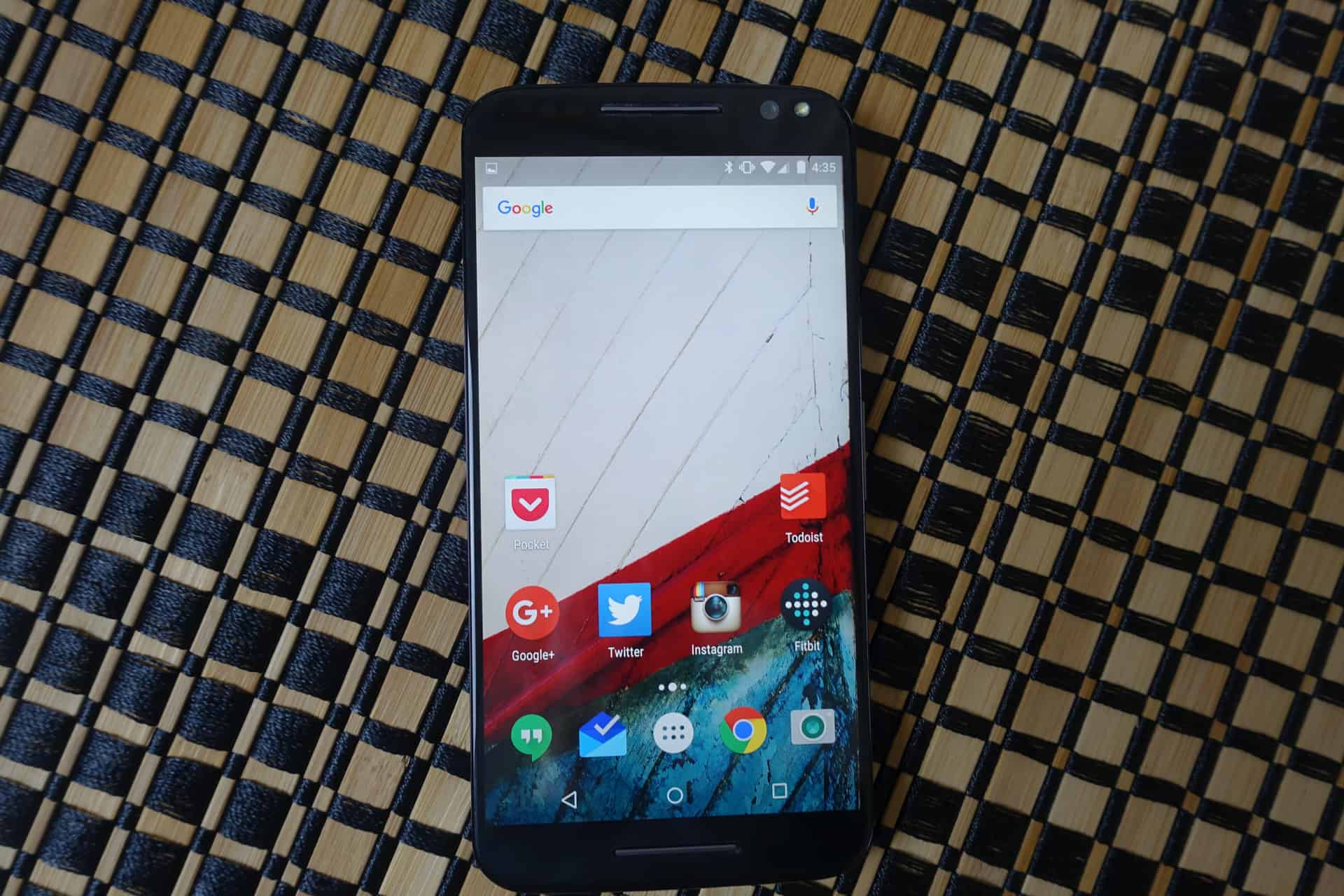 The new flagship Moto X for 2015 has two names – in the US they are calling it the Moto X Pure Edition and outside the US it is called the Moto X Style.  Motorola took the previous model and improved the new Moto X in just about every area – larger display, more pixels, better camera, 64-bit processor and more memory.  They are many ways to customize and personalize the physical look of the new Moto X.  It is a larger device, but retains the full-metal frame and curved backing making it comfortable to hold.

Motorola started to take cameras more seriously with last year’s Nexus 6, but with the new Moto X, they went the extra mile with a huge 21MP sensor.  The camera comes with quick phase detection autofocus, dual-tone LED flash and an f/2.0 aperture.  The Moto X even includes a 5MP FFC with an f/2.0 aperture and a wide-angle lens for great selfies and video chatting.  This goes up against one of the better cameras in the Nexus 6P with only a 12.3MP main camera and a huge 8MP FFC.  The Moto X uses a 3000mAh battery, while the Nexus 6P has a larger, 3450mAh battery and both are non-removable.  The Moto X can use Motorola’s Turbo Charger for a very quick charge and the Nexus 6P has a fast charge option as well.

The Moto X includes front-facing stereo speakers with Smartboost for a great new sound.  Motorola also includes the IP52 water repellency in the Moto X.  Another nice feature about the new Moto X is there is one unlocked device that can work on all major US networks.  With almost a pure Android experience – currently 5.1.1 Lollipop, although 6.0 Marshmallow soak tests are being conducted – meaning, that you will receive some of the fastest updates possible.  Motorola has given it a starting price of only $399.99 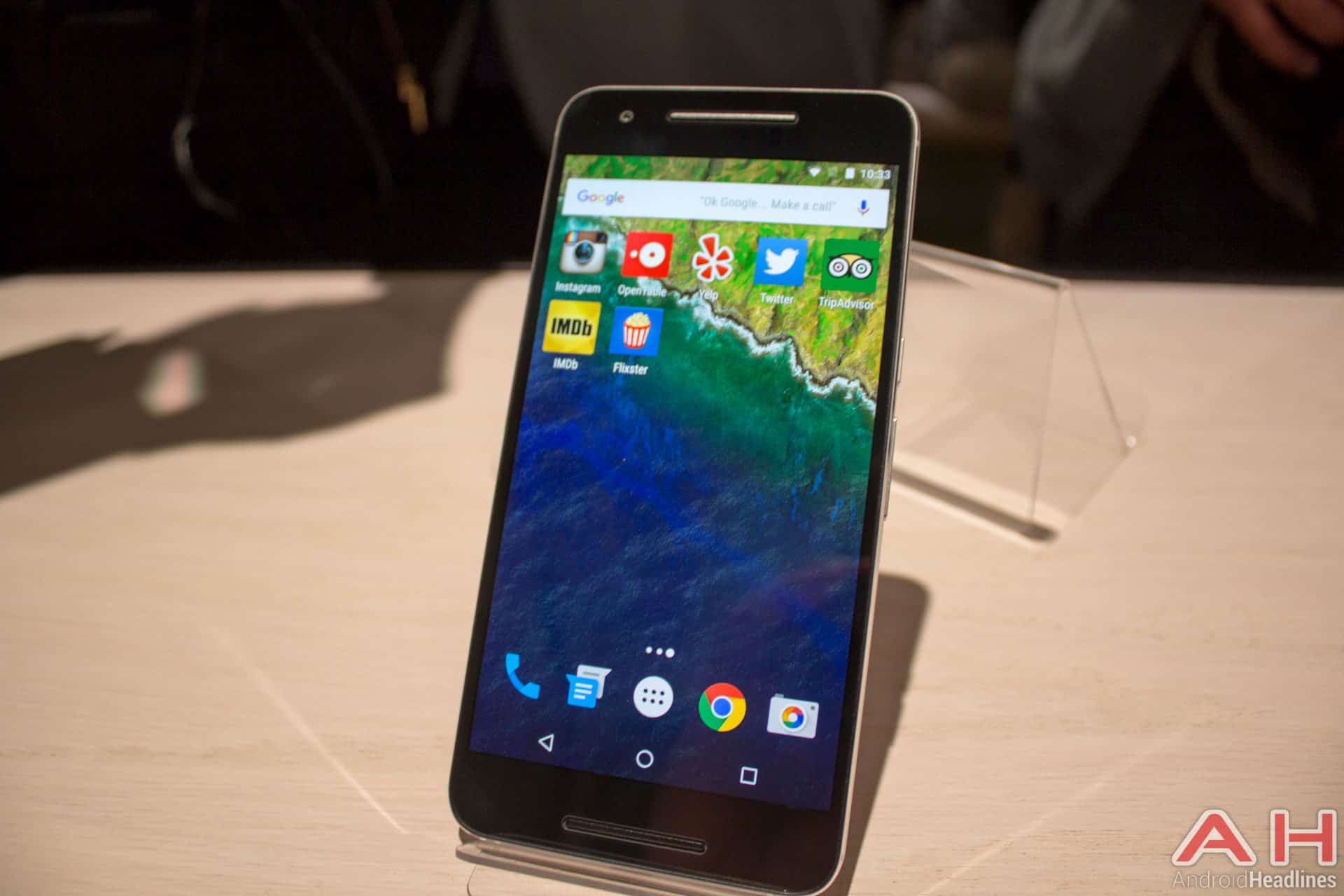 The Huawei Nexus 6P is considered the high-end of this year’s Nexus tandem.  The Nexus 6P has a solid build with an all-metal unibody construction and is beautifully designed, to look at and to hold in your hand.  The Nexus 6P will definitely win the contest between these two devices if it was for looks only.  It is available in three colors – Aluminum, Graphite or Frost – and comes in at a very reasonable $500 for the 32GB model.

Both devices have a 5.7-inch display – the Nexus 6P uses a QHD Samsung-made AMOLED display with a resolution of 2560 x 1440 pixels and 518 PPI.  The Moto X went back to the LCD technology and a QHD display with 520 PPI.  Huawei likes to use their own processors, but choose to use the 64-bit Qualcomm Snapdragon 810 octa-core processor v2.1, with four cores clocked at 1.55GHz and four cores clocked at 2.0GHz.  This goes up against the Moto X’s 64-bit Snapdragon 808 hexa-core processor – they both are using 3GB of DDR3 RAM.  The Nexus 6P comes with the options of 32GB, 64GB or 128GB of internal memory with no means to expand.  The Moto X has 16GB, 32GB or 64GB of internal memory, but Motorola gives you a microSD card slot to expand an additional 128GB.

The camera area on the Nexus 6P on uses a 12.3MP sensor, but it seems to be doing very well in testing.  It has laser autofocus and a dual-tone LED flash, but no OIS.  For the FFC, Huawei chose a large 8MP sensor for excellent selfies and video chatting.  The Moto X has a much larger 21MP sensor for the main camera and a smaller 5MP for the FFC.  The Nexus 6P has a rather large 3450mAh battery and the Moto X uses a 3000mAh battery – both are non-removable and both offer quick charge options.

The Nexus 6P offers a fingerprint sensor for unlocking the device as well as authorizing Android Pay mobile payments.  It too, has dual front-facing stereo speakers for better sound and it comes with a reversible Type-C microUSB port for charging the battery and data transfer. 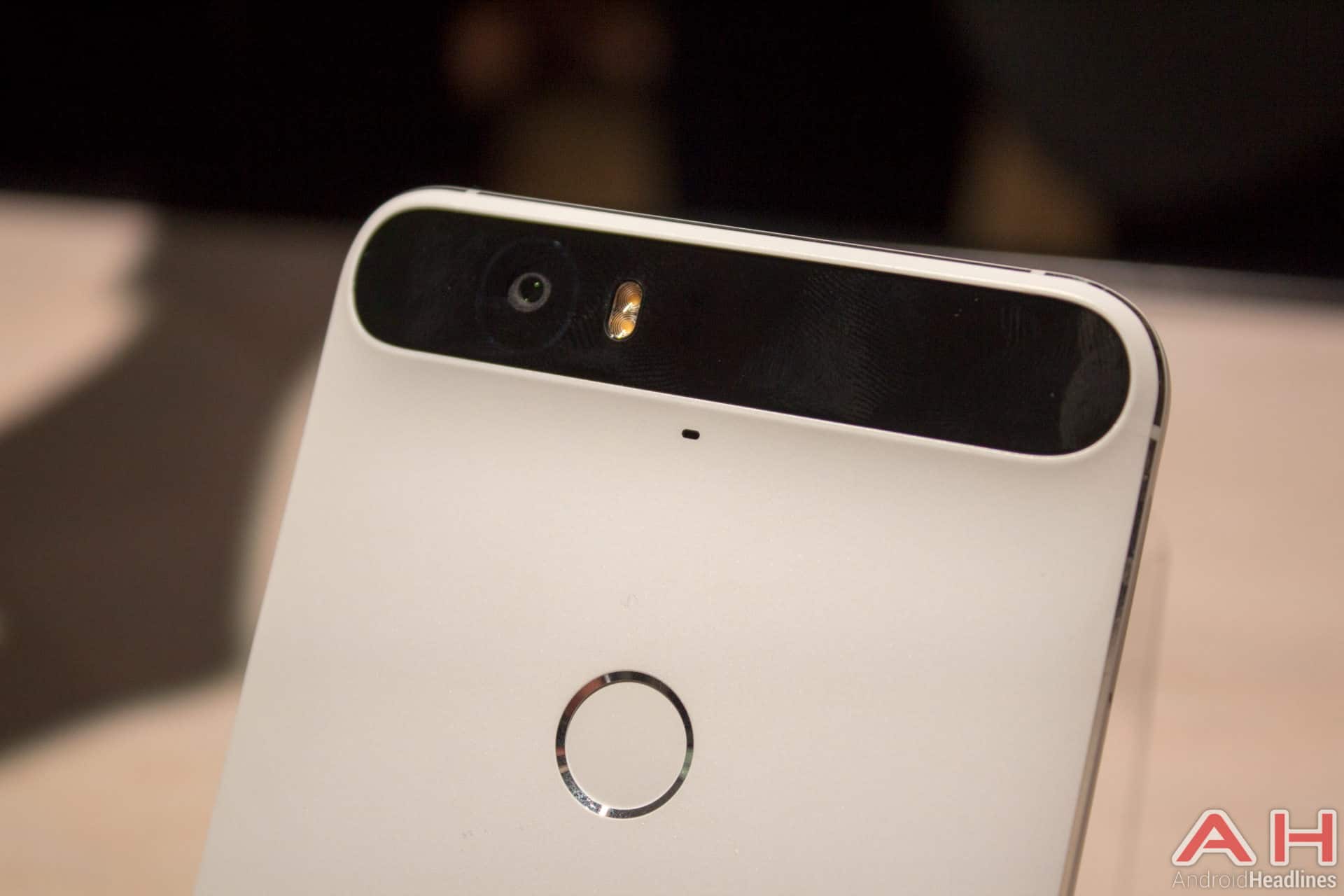 Both of these are great smartphones, although on the larger side for many people – however, you could be proud to own either one of these devices.  As far as this comparisons of specifications go, I would have to side with the Nexus 6P as the winner.

The Nexus 6P gives you a fingerprint sensor, a better AMOLED display, faster processor, larger battery, solid camera and large 8MP FFC, the Type-C connector and all-metal body – all for a few bucks more. No to mention, you get the pure vanilla Android and the quickest upgrades possible.  With the Moto X you have two extra features – nano coating for water resistance and expandable memory – otherwise, the Nexus 6P takes the other categories.