It’s that time again. OnePlus time. Over the last few days the anticipation of the next OnePlus device has been building rapidly. This is largely thanks to the recent suggestions that the new OnePlus device is due to be unveiled soon. As was the case prior to the launch of the OnePlus 2, many will be looking to the next device to see if it can continue the trend and expectations of the OnePlus user-base. In fact, to some, the release of the next OnePlus device will be seen as an element of damage control. Not everyone welcomed the OnePlus 2 when it was released and once all the details of the device became known. Before we get into it all though, there is the issue with the name. In the past this device has been attributed with both the “OnePlus Mini” and also the “OnePlus Lite” tags. Although, the most recent suggestions is that it will actually be the “OnePlus X”. As such, for the remainder of the preview, we will simply refer to the device as the OnePlus X. 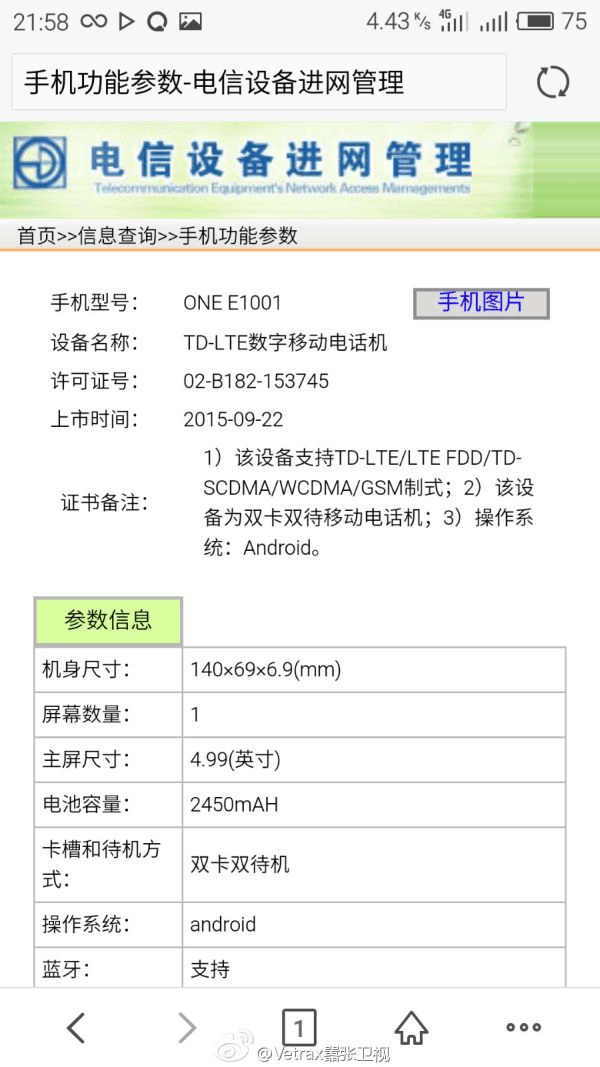 It has been routinely said that this will be a mid-range device and this does seem to be the case, although the debate continues as to what the OnePlus X will come with. Until now, the most recent rumors have continually suggested 3GB RAM will be on offer. Although, the latest rumors are now stating it will actually be 2GB RAM onboard. Moving to the battery life and this has always been a big selling point for the OnePlus One. Anyone who has ever owned the device is likely to confirm this and vouch for its excellent battery usage. In terms of the numbers, the OnePlus One comes running on a 3,000 mAh battery and the recently announced OnePlus 2 comes sporting a larger 3,200 mAh battery. In terms of the OnePlus X. it had been continually rumored that the battery would be in line with the OnePlus One at the 3,000 mAh marker. However, along with the TENAA images which have now surfaced, the battery is said to be significantly lower than the One and instead, coming in at the 2,450 mAh level. Storage-wise, rumors constantly state that the OnePlus X will come sporting 32GB internal storage. Unfortunately though, there is little to no clear evidence or suggestions that there will be any variance of storage offered. Likewise, there are also no details on the inclusion of a microSD card slot. 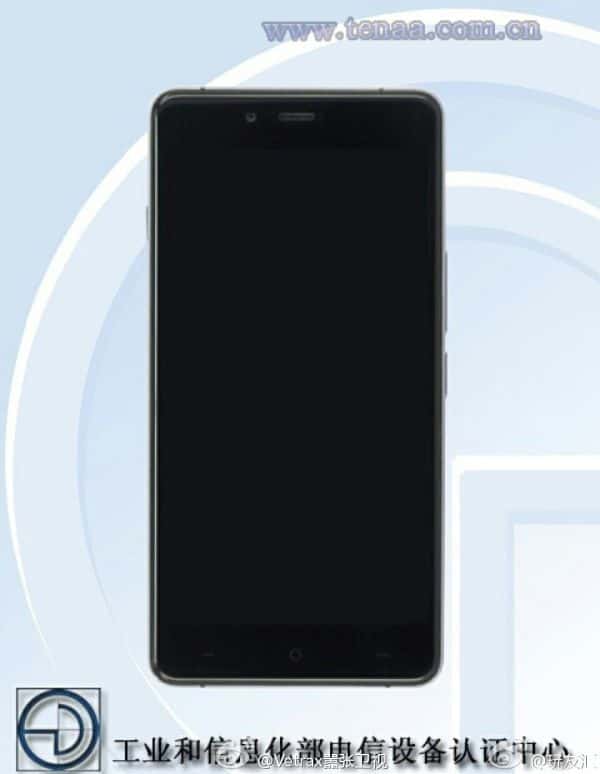 This is an area where the OnePlus X does significantly differs from the OnePlus One and the OnePlus 2, at least in terms of size. There is no escaping that this is a smaller device. In fact, the OnePlus Mini would have been a far more appropriate name as all of the rumors do highly suggest the screen on offer will be 5-inches in size. The screen is believed to come protected by 2.5D Gorilla Glass, while in terms of the resolution, we are looking at 1920 x 1080, the same resolution as you will find on the OnePlus One (and 2). 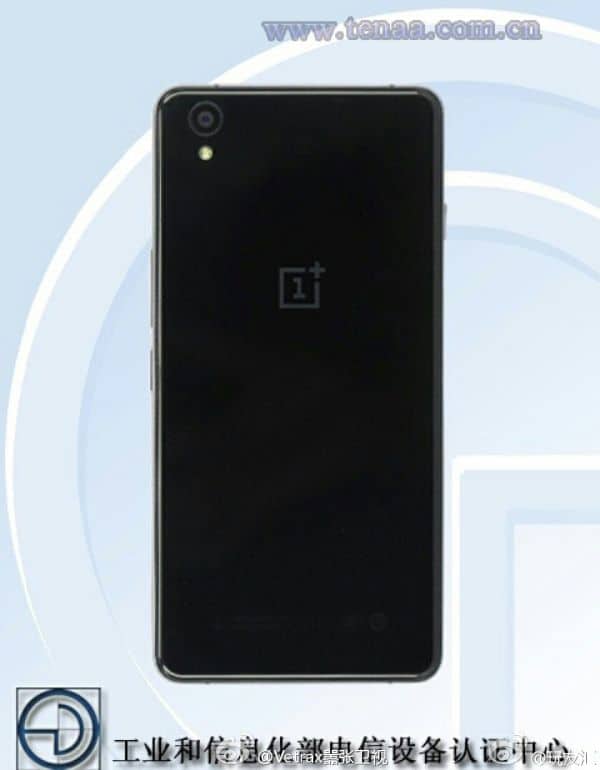 Similar to the pre-launch period of the OnePlus 2, very little was actually known about the design of the OnePlus X. OnePlus does seem to be a company who are adept at controlling leaks (when they want to) and even with the odd renders that do manage to come through every so often, it is never clear if they are representative of the finished design. In terms of what has come through until now, the clearest design indicators emerged through recent images that surfaced thanks to an FCC listing and the eve more recent TENAA listing. What they do seem to highlight is the OnePlus X will come with a metal frame as well as bottom facings speakers and the use of a microUSB port. 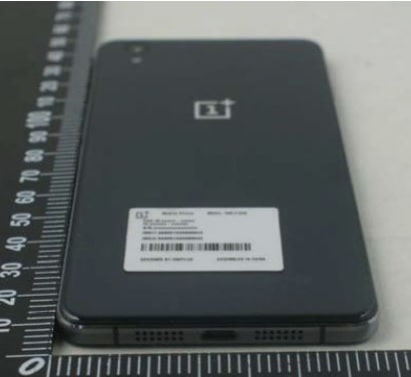 There also seems to be a switch on one of the sides of the device, although, it is currently not clear what the purpose of the switch is. It could very well be the same switch which in use on the OnePlus 2 and allows the user to manually switch between notifications modes. Although, it could be for different features just as easily. For instance, rumors emerged this morning that the OnePlus X might come with ClearForce technology. This is where different pressures on the display activate different features. However, as well as ClearForce, it was also suggested the device might come with “SideTouch” technology. Which would mean certain shortcuts could be activated by pressing the side of the device. This could be the purpose of the side button.  .

Again, little is know about the cameras. The renders (and some rumors) did suggest that there would likely be a duo camera setup for the rear camera. However, the positioning of the camera on the most recent FCC and TENAA images does indicate a left-hand side location and from the looks of it, no duo camera setup. Instead, just a single camera with LED flash below. In terms of the MP count, the latest rumors do seem to be confirming that the rear positioned camera will be a 13-megapixel camera (possible Sony IMX258 sensor) which is coupled with a 5-megapixel front-facing camera.

While this would almost never have been a feature talked about prior to the launch of a device, after the OnePlus 2’s lack of NFC (and coincidentally as Android Pay was arriving), this seems almost certain to be one of the biggest questions asked of the OnePlus X. In terms of the rumors, some do suggest NFC will be on board. However, in spite of the suggestions it would seem an odd choice for OnePlus to include NFC this time. It would be unlikely that OnePlus would have been able to change the design to implement a fingerprint sensor in the time since the OnePlus 2. Keeping in mind that the outcry surrounding the OnePlus 2’s lack of NFC did genuinely seem to catch the company by surprise and remembering the OnePlus justification for excluding NFC as that “no-one uses NFC”, it should be assumed the OnePlus X was built and designed with the same logic and principles as the OnePlus 2 was. So, in spite of the rumors, it is probably unlikely the OnePlus X will feature NFC.

In terms of the price, this is one of the most consistent rumors for the OnePlus X. Every rumor is pointing towards $250 as the number. However, a couple of points on this. The rumors were very solid about the price of the OnePlus 2 in the pre-launch period. Back then, even OnePlus had been vocal in declaring that the device would not cost more than $400. With that in mind, when OnePlus announced the OnePlus 2’s starting price of $329, many were slightly taken aback. OnePlus may have played the price card very well by stating the $400 figure. If they had said it won’t cost more than $350, they still would have been telling the truth and would have generated greater headlines. By overshooting with the $400 mark, the price was a big selling point. It is clear the OnePlus X cannot come in much higher than $250, as it will start to encroach on the OnePlus 2 price, but it could come in cheaper. As such, it would not be surprising to see a $199 price tag attached. Although, the rumors do firmly say $250