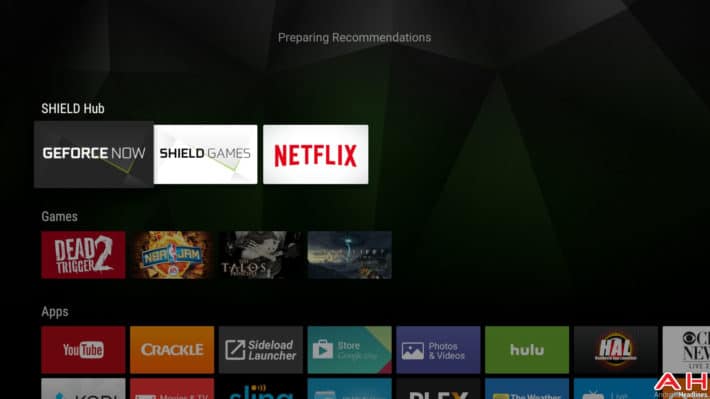 Yesterday, NVIDIA make some big announcements. One of them was the confirmation that the NVIDIA SHIELD is expanding its global footprint and going forward will be available in Europe. The other big announcement was the introduction of a paid streaming service now known as GeForce NOW. For those that have already used the SHIELD, you will be aware that there was a streaming capability before with a number of titles available for free. This was in a beta stage and is what now seems to have been replaced with the new GeForce NOW service. Over the last few days we have been getting to grips with the new service and starting from today, an update will be rolling out to your SHIELD device. Here is a quick overview of what you can expect.

Firstly, with the update comes some changes to the way in which the interface looks. Gone are the old SHIELD Games and Play Games icons which has now been replaced with the new GeForce NOW and SHIELD Games icons on the main launcher page. 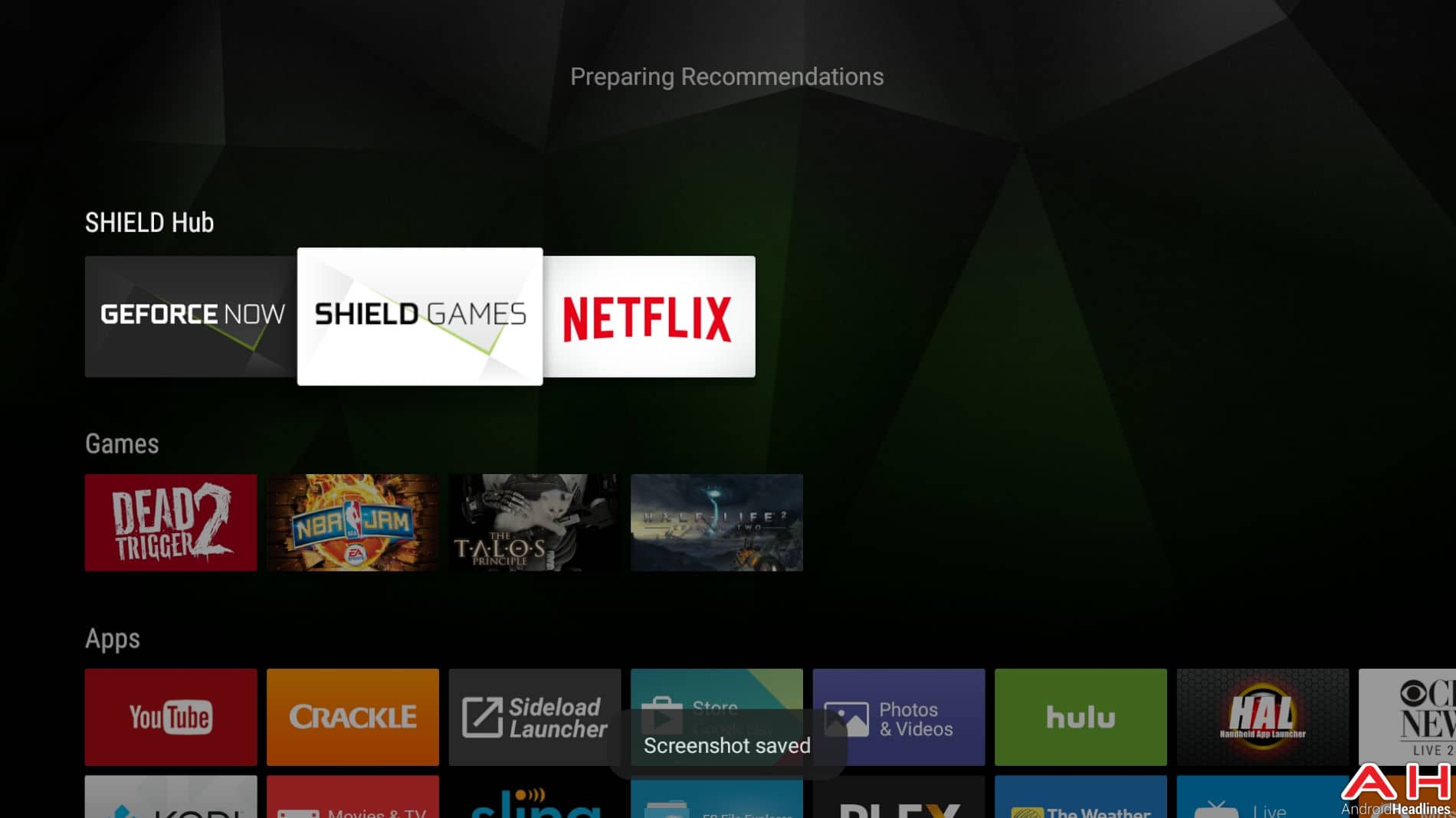 Once inside, the overall experience is very well tuned and it is extremely easy to navigate. If you have signed up for the service, then you will immediately see all the games that are available to you to play. 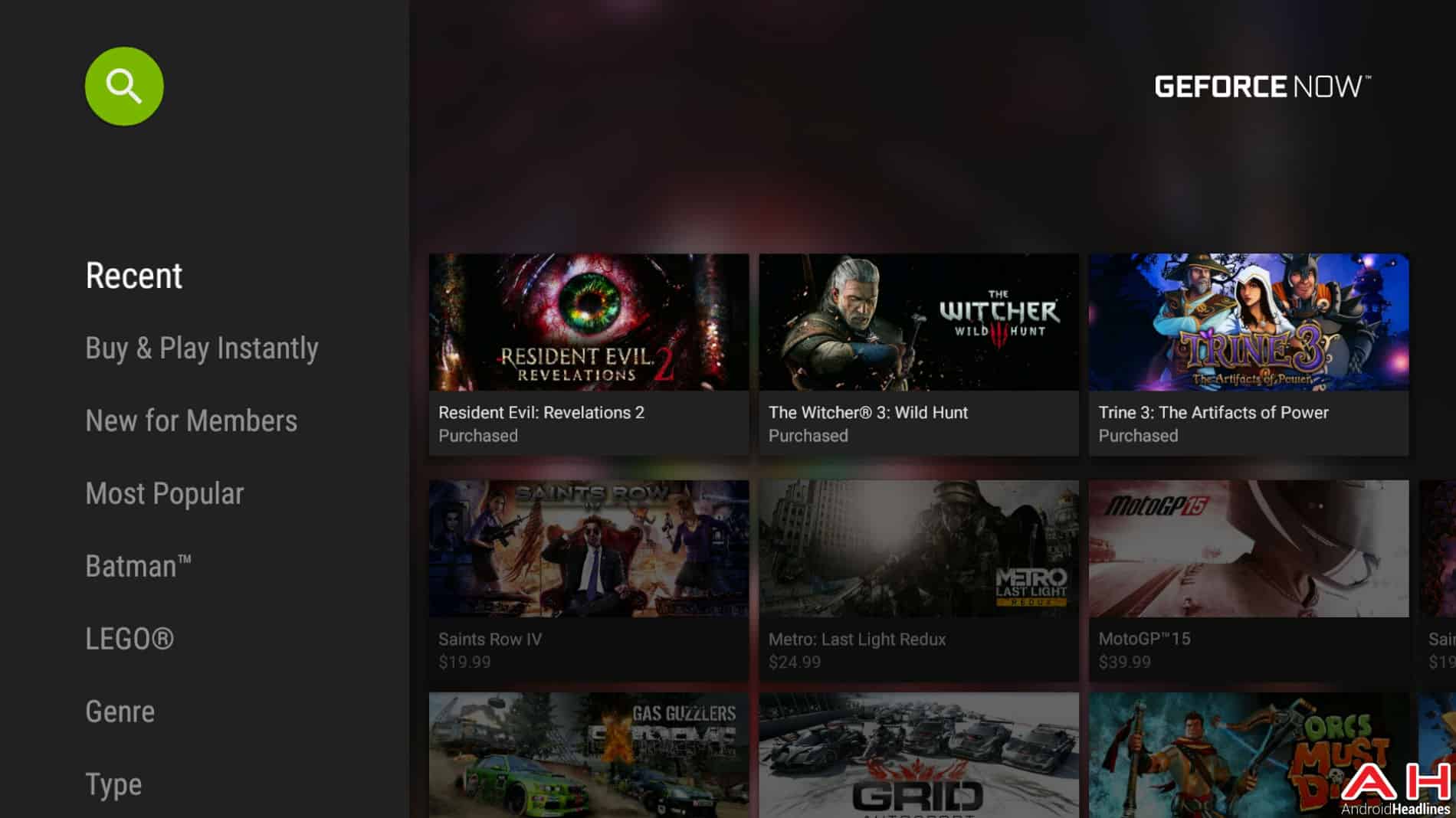 That said, NVIDIA are also making available a number of paid titles too. With these, you can pay to purchase a number of top tier games and then either stream them directly or download them to keep and play locally on your device. These games are open to anyone regardless of being a GeForce NOW subscriber. 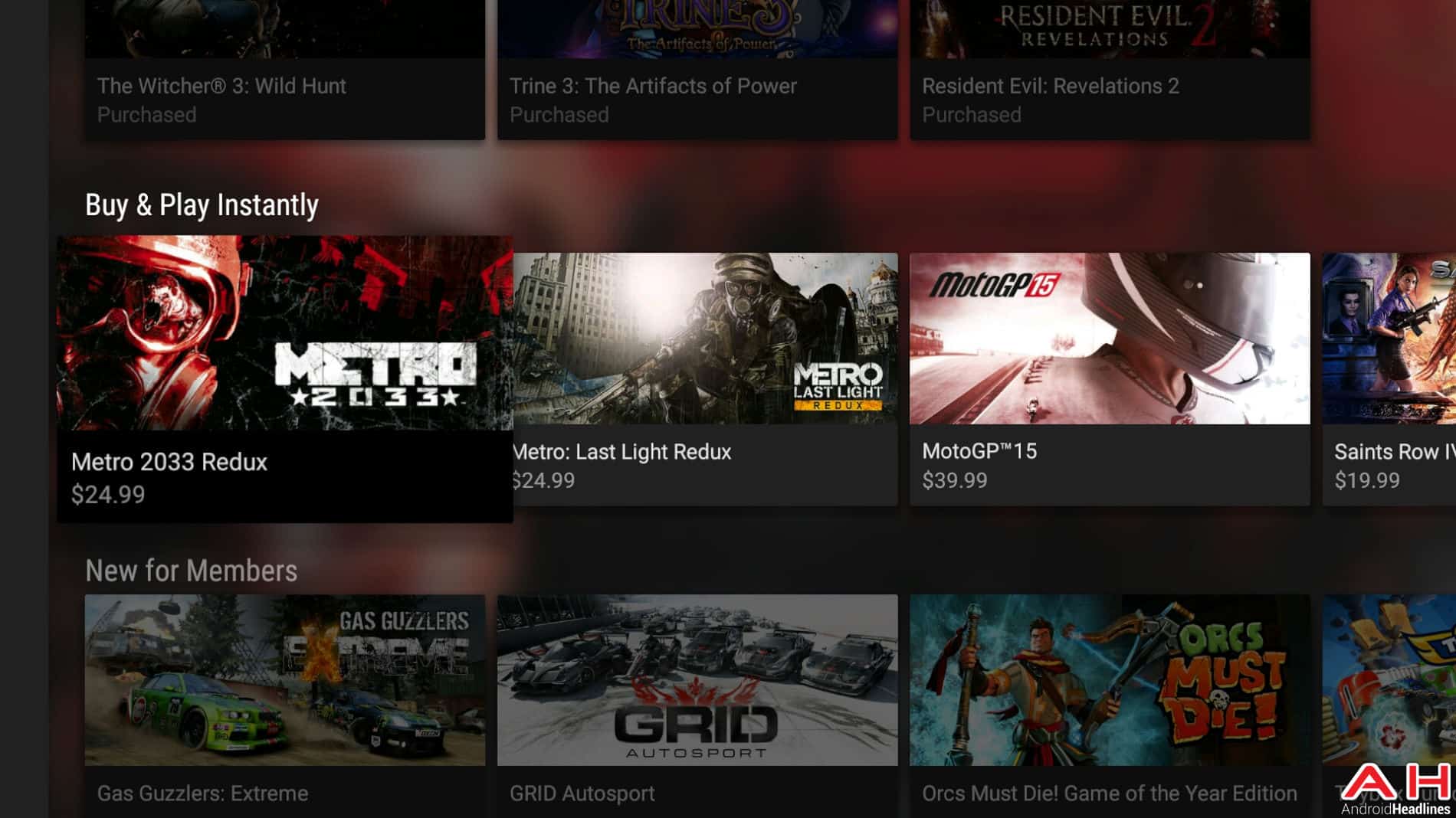 Back to the interface of the store and the layout of games is really well thought out. As well as being able to search through genre, many games are broken down into the same or like category. So for instance, if you are interested in "Batman" games or "LEGO" games, there are categories for all the relative games group handily together. 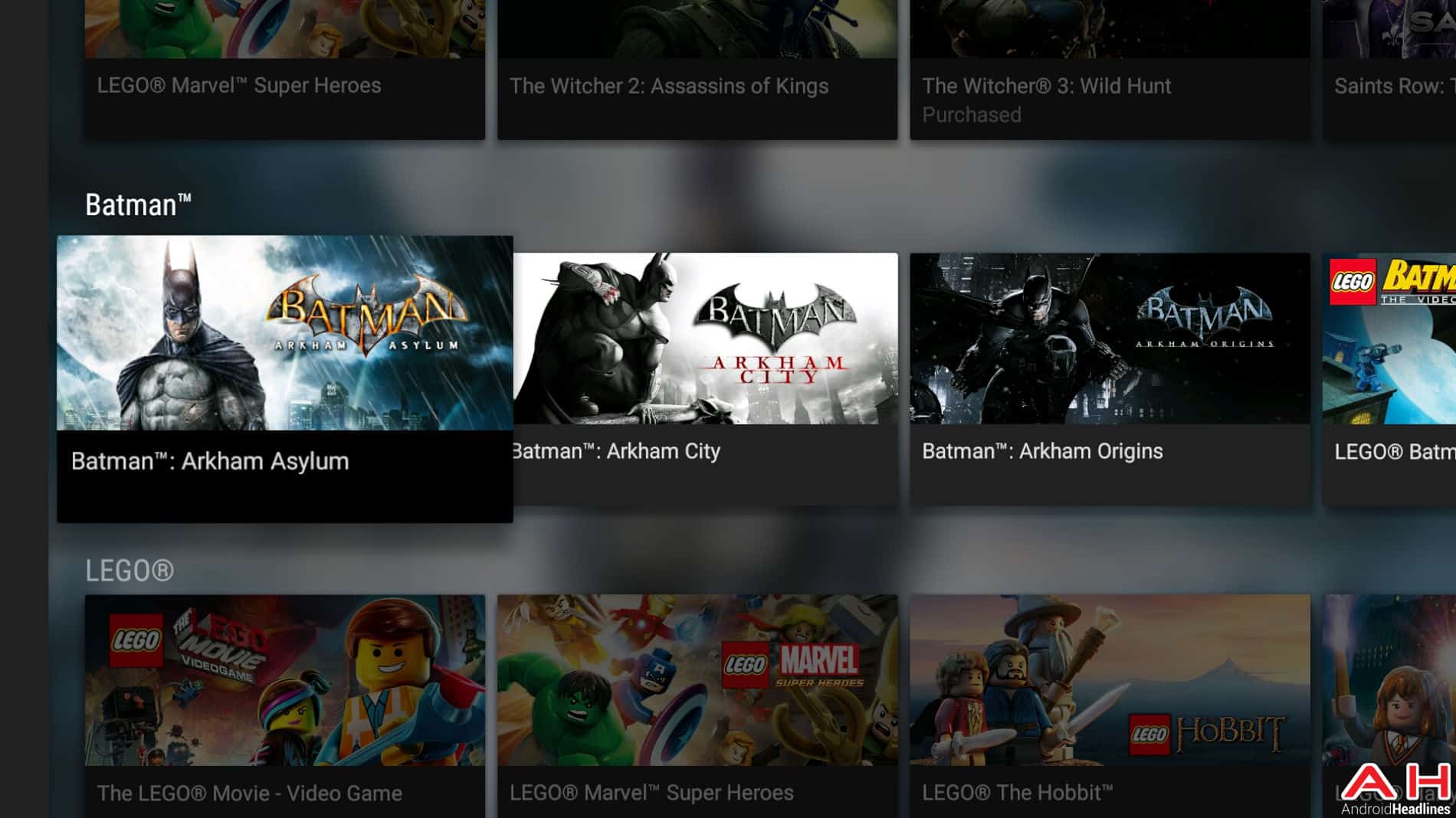 In terms of the actual streaming and playing, not much has changed here compared to before the update. You do need a reliable connection and it is wise to be running on 5 GHz to minimize lag or stuttering. If all these boxes are ticked, gameplay is generally fluid and smooth.

The Subscription cost is $7.99 per month and it does make for an interesting proposition. Not being a fully fledged gamer, it is easier to see that this is an ideal solution for individuals who like me, are not necessarily interested in buying all the top tier games on the day of release. Instead, being able to log on, pick up and start playing a game and switching to another game (if the first is no good) makes this really quite a good deal. If you are more of a hardcore gamer, then equally so, this is likely to have a place for you and complement the day-of-release purchases that you might make. The GeForce NOW offers a large back catalog of games for you to choose from, as well as the ability to purchase the bigger titles too.

If you are interested in giving the new feature a try, then the update will be arriving on your systems today, if it has not already. And it is worth pointing out that NVIDIA are offering all SHIELD owners a free three month trial of the service. No payment necessary, no contracts involved and you are free to cancel at anytime. So if nothing else, it is worth trying and seeing if it is for you.