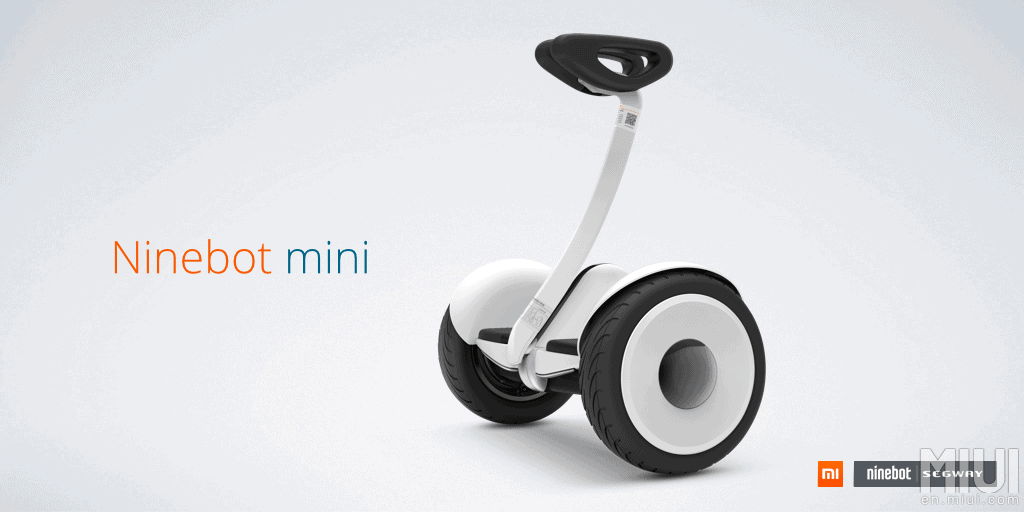 Xiaomi is well-known for releasing all sorts of smart gadgets. This China-based company is the number one smartphone OEM in that Asian country, but they do tend to release all sorts of tech gadgets. The company has released their third-gen Mi TV smart TV at their press conference today, which we've already covered. Interestingly enough, Xiaomi has also announced their long rumored Segway-like transportaion device called Ninebot Mini. This is quite probably the most interesting, and unexpected announcemenet Xiaomi has made today, read on.

Back in April, a Beijing-based Ninebot company has acquired Segway, a company which manufacutred the well-known transportation device which was too expensive for most consumers. Well, Ninebot has managed to raise $80 million from Xiaomi and Sequoia this year, and we were expecting the company to release a far more affordable version of Segway under its own brand, and that's exactly what happened today. Ninebot and Xiaomi have introduced the Ninebot Mini, a far more affordable device than Segway.

Ninebot Mini is basically a self-balancing electric scooter, if you know what a Segway is, you'll definitely know exactly what this is. You basically steer with your legs, and the scooter reponds to your body movements. If you lean forward, it will go forward, if you lean backwards, it will go back. The Ninebot Mini is able to reach 16km/h, and weighs in at only 12.8kg. Xiaomi and Ninebot say that this device can go for 22km before you need to recharge it, and you can also control it via your smartphone, which is very interesting. The Ninebot Mini is made otu of aerospace grade magnesium alloy, and Xiaomi also sells safety gear set along with the Ninebot Mini.

Now, the most interesting thing here is the price. The Ninebot Mini is priced at 1,999 Yuan ($314), which makes it extremely affordable, and not even comparable to Segway in terms of pricing. The aforementioned Xiaomi safety gear will set you back 169 Yuan ($27) if you'd like to purchase that as well. That's pretty much it, Xiaomi still didn't say when will this product become available, but we're guessing soon enough, stay tuned for more info.