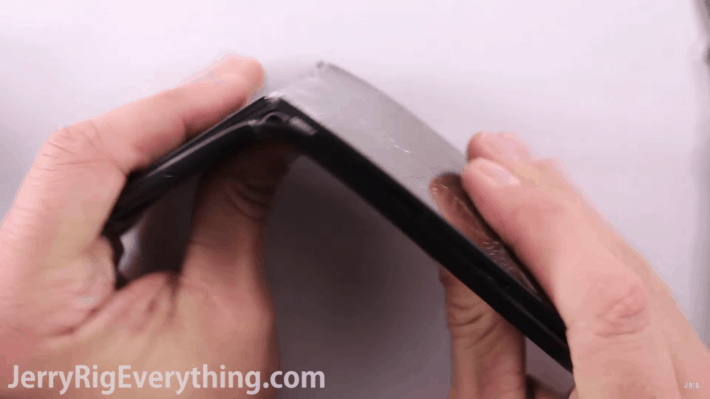 There's something strangely gratifying about videos where people destroy new devices that are working perfectly. It probably has to do with the fact that we get to test their durability through someone else's device, so that gives us an idea of how careful we must be with our own device. Now it's the turn for the recently released Nexus 6P, which was made by Huawei and for the first time its construction is made almost entirely of aluminum and glass. It also features very powerful specs and it has been praised in reviews very often although iFixit rated it hard to repair. A YouTube user that has made some videos of devices getting repaired or destroyed is testing how the Nexus 6P holds up through some tests including scratching, burning and bending the phone.

The video starts with the Nexus 6P being turned, including a tool being used to scratch the glass covering the screen with different materials from Mohs scale of hardness. The picks are numbered from 1 to 10, number 1 is the softest and 10 being as hard as diamonds. The screen resisted picks 1 to 5 with ease, but at number 6, there's a visible scratch, which shouldn't come as a surprise as he mentions that a razor blade would be categorized between 5 and 6. Of course, the glass gets scratched more easily with subsequent numbers. Something strange happens when he grabs the device and taps on the screen, the glass cracks completely.

Then, comes the burning of the screen with a lighter which results in some permanent white blemishes on the AMOLED panel. The aluminum back gets scratched rather easily with keys and a razor, but the YouTuber mentions that the glass covering the lens of the main camera is more resistant, as the razor didn't scratch it. Finally, comes the bend test, which is quite popular since some users claim that the iPhone 6 bent quite easily and since the Nexus 6P features a similar construction, testing the durability of the aluminum was to be expected. However, what is less to be expected, is that the the phone was completely bent without applying too much pressure. The glass covering the screen was completely shattered as well.

To be fair, the YouTuber seems to be a little biased and he clearly wants to spoil the reputation of the Nexus 6P, as suggested by the title of the video. Plus, he bends the phone shortly after he burned the screen, so it shouldn't come as a surprise that the point where the phone was bent is around the burned area. Still, it would be a good idea to keep the phone away from keys or other objects that could scratch its surfaces and avoid applying pressure to bend it. You know, simple precautions just like with any other phone.