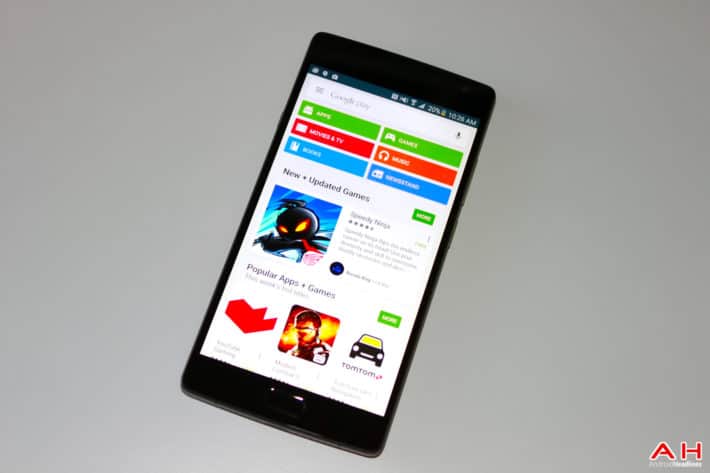 A brand new malware was discovered within select applications featured on the official Google Play Store which means it’s best to hold off downloading and installing applications that are not known or by developers that appear untrustworthy. The new malware trojan was discovered by CM Security Research Lab in which they state that the trojan would make its way into the root of the infected smartphone and could download other infected applications. Within the same report, it was noted that this trojan makes the smartphone open several advertisements which in return will make the creator an excess amount of money.

As mentioned, CM Security Research Lab discovered and alerted Android users that the Trojan ‘Ghost Push’ could affect their device if they are not careful with what applications they download for their smartphone or tablet. However, this malware bug isn’t just lurking within forums and third-party application stores as select applications within Google’s official Play Store features are infected.  Apparently the bug has already affected more than 900,000 Android users in over a hundred countries which is filling the malware creator’s pockets with an outstanding amount of money.

‘Ghost Push’ simply nests itself within the Android device root and from there it downloads other infected applications. The sole purpose of this bug from what we can tell is that the trojan will open as many advertisements as possible thus raking in the profits made from these advertisements. As of right now, it’s believed that this particular bug is making the creator over four million dollars per day. While most of these applications that were infected with ‘Ghost Push’ have since been taken down, it’s still best to hold off and make sure the application you install comes from a trustworthy source and it would be best to avoid downloading applications from unofficial sources to avoid ‘Ghost Push’ and other malware.

Getting rid of the bug has proven to be a bit of a pain for consumers. Users with an infected device must turn towards specially designed tools, one of which is claimed to be featured through Cheetah Mobile, developers behind applications such as CM Launcher, CM Security, and Battery Doctor. It’s unknown how many applications, if any, are currently infected with the trojan on the Google Play Store right now.