Skip to content
Trusted By Millions
Independent, Expert Android News You Can Trust, Since 2010
Publishing More Android Than Anyone Else
15
Today
170
This Week
597
This Month
5802
This Year
123341
All Time 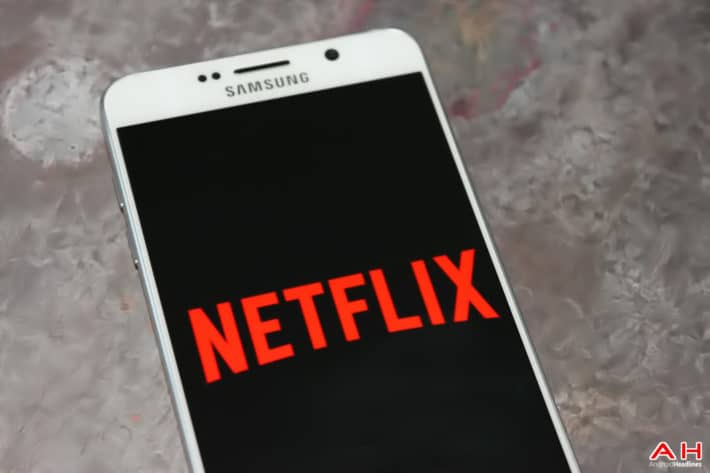 The streaming market is one which is seeing significant growth in recent years. This seems to be growth in both the hardware and software sectors with new devices capable of offering streaming services constantly landing on the market. In fact, it was only recently that NVIDIA launched their streaming service for games, where you can stream in a Netflix style subscription service from a variety of back catalog game titles. That said, when it comes to streaming, it is the music and video content industries which seem to be making the biggest waves and attracting the largest number of users.

In the video content realm, it is unarguable, Netflix who are the dominating force. They have the largest subscriber base and seem to offer some of the widest content available. All for a principal sum of about $9 a month. Well, that does look set to change as Netflix has now confirmed that they will be raising the price of their services to $9.99 per month. An increase of $1 per month. For those who are already a subscriber, you will not be directly affected by the increase. That is, not yet, as Netflix has also confirmed that current subscribers will not see the increase until October 2016.

However, for all new subscribers and commencing immediately, the price has now been raised to $9.99 a month. This has now taken affect for all new users in the U.S., Canada and Latin America. It is worth also pointing out that this price increase is only for the Standard plan. This is the plan which offers HD content and also the ability to stream on two devices at the same time. If you are on the Basic plan, which does not offer HD and streaming on only one device for $7.99 per month, then your plan remains in tact and at the same $7.99 per month. Likewise, it seems the Premium option, which offers Ultra HD content and also the ability to stream across four screens at the same time will also remaining as it is, at 11.99 per month. You can check out the breakdown of how the three plans compare in the chart below. 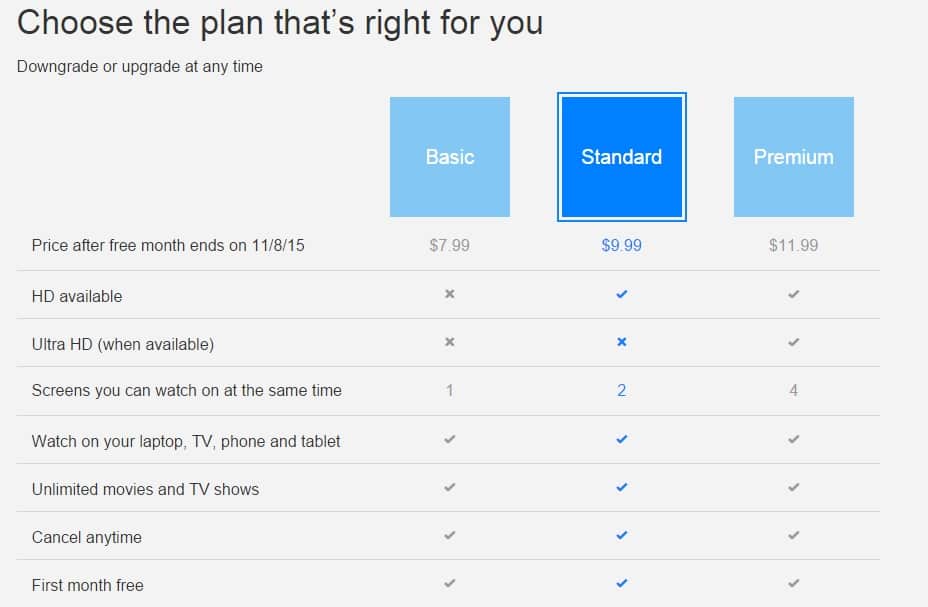