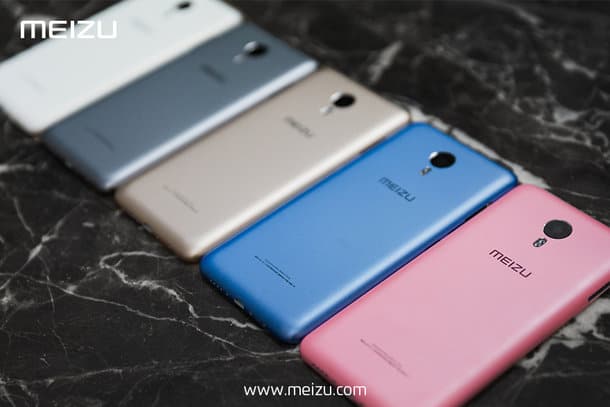 Meizu has announced their new flagship, the PRO 5, last month, and soon after that announcement rumors started coming in that Meizu is preparing a new handset. Initially, we thought that those rumors are connected to the upcoming launch of the Meizu M3 Note handset, but it seems that's not the case. Rumors and leaks have become quite frequent lately, and it seems like they're regarding Meizu's upcoming metal-clad 'Blue Charm' device. The company has already sent out invitations for this launch event, and those invitations actually contained a metallic back cover of the upcoming device.

Now, more or less everyone though this will be the metal variant of the M2 Note or the M3 Note handset, but according to the company's VP, that won't be the case. Meizu's VP, Li Nan, decided to go officially on Weibo (Chinese social network), and has actually announced that this upcoming metal smartphone will be the result of Meizu and Alibaba's cooperation. What does this mean? Well, it seems like this device will be powered by Alibaba's YunOS, which is not Android per se. YunOS is a Linux OS, and is based on AOSP (Android Open Source Project), but is a forked version of Android, to put it bluntly. Some of you might already know what this is, if not, there's plenty of YunOS coverage online.

This is not the only piece of information Li Nan has shared in his post, he has also mentioned that this smartphone will be priced somewhere between 1,000 and 1,500 Yuan ($157-236). The company's VP did not share any spec info when it comes to this device, but it is possible that this phone will sport the same specs as the Meizu M2 Note which was announced earlier this year. This means that the device might sport a 5.5-inch 1080p (1920 x 1080) display along with 2GB of RAM and 16/32GB of expandable internal storage. The device could be powered by MediaTek's MT6753 64-bit octa-core SoC, and a 13-megapixel shooter will probably be located on the back of this smartphone. You can also expect this phone to offer two SIM card slots, and sports 4G LTE connectivity.