It has been an eventful year for many companies, but few more so than LG. The company already has two major smartphone lines in the form of the G series and the Flex series. Not to mention, LG has already released both the 2015 models of each range in the form of the LG G Flex 2 and the LG G4. That said, they were not the only devices LG released this year, with a number of their mid-range and more affordable devices coming through too. As well as a number of smartwatches including the LG Watch Urbane and the LG Watch Urbane Luxe. Well, today, LG was holding another event in New York and they have just take to the stage to unveil their latest products, the LG V10 smartphone and the LG Watch Urbane 2nd Edition. Both of which, were officially announced last night.

First up, we have a new smartphone from LG in the form of the LG V10. This is a device which had seen a number of reports and leaked images emerging over the past few weeks. Although, that came to an end last night when LG confirmed the release and details of the LG V10. In terms of those details, the LG V10 comes equipped with a 5.7-inch Quantum display with a 2560 x 1440 resolution. However, different to other smartphones, the LG V10 comes equipped with a secondary Quantum Display with a 160 x 1040 resolution. The second display is designed to offer more basic and constant on-screen information as well as quick route access to various apps. Inside, the V10 comes loaded with 4GB RAM and powered by a 64-bit Qualcomm Snapdragon 808 hexa-core processor. Internal storage is set at 64GB as standard, although the V10 also offers the option to expand thanks to the inclusion of a microSD card slot. In terms of cameras, the V10 is equipped with a 16-megapixel rear camera, which is coupled with 5-megapixel dual-lens front facing camera. Additional features on offer include, Wi-Fi 802.11 a, b, g, n, a, Bluetooth 4.1, NFC, 4G LTE-A support, and Quick Charge 2.0, Lastly, the V10 comes powered by a 3,000 mAh battery and running on Android 5.1.1 (Lollipop).

As well as the new smartphone, LG has also previewed its new smartwatch too. One of the main features and what sets this watch apart form the majority of other smartwatches is that it can be used as a standalone device, thanks to inclusion of its own SIM. In terms of the design of the smartwatch, this is the a refreshed edition of the Watch Urbane and as such, again adopts a more traditional watch-like persona, although a number of the specs have seen a boost. In terms of those specs, the LG Watch Urbane 2nd Edition is equipped with a 1.38-inch P-OLED display, which sports a 480 x 480 resolution. Inside, the Watch Urbane 2nd Edition comes loaded with 768 MB and powered by a Qualcomm Snapdragon 400 processor (clocking at 1.2 GHz). Additional features on offer include 4GB internal storage, a 570 mAh battery, water and dust resistance (IP67 rated), as well as an Accelerometer, Gyro, Barometer, Compass, PPG and GPS. Not forgetting, the Watch Urbane 2nd Edition can connect via Bluetooth 4.1, Wi-Fi or of course, its main selling feature, 3G and 4G. 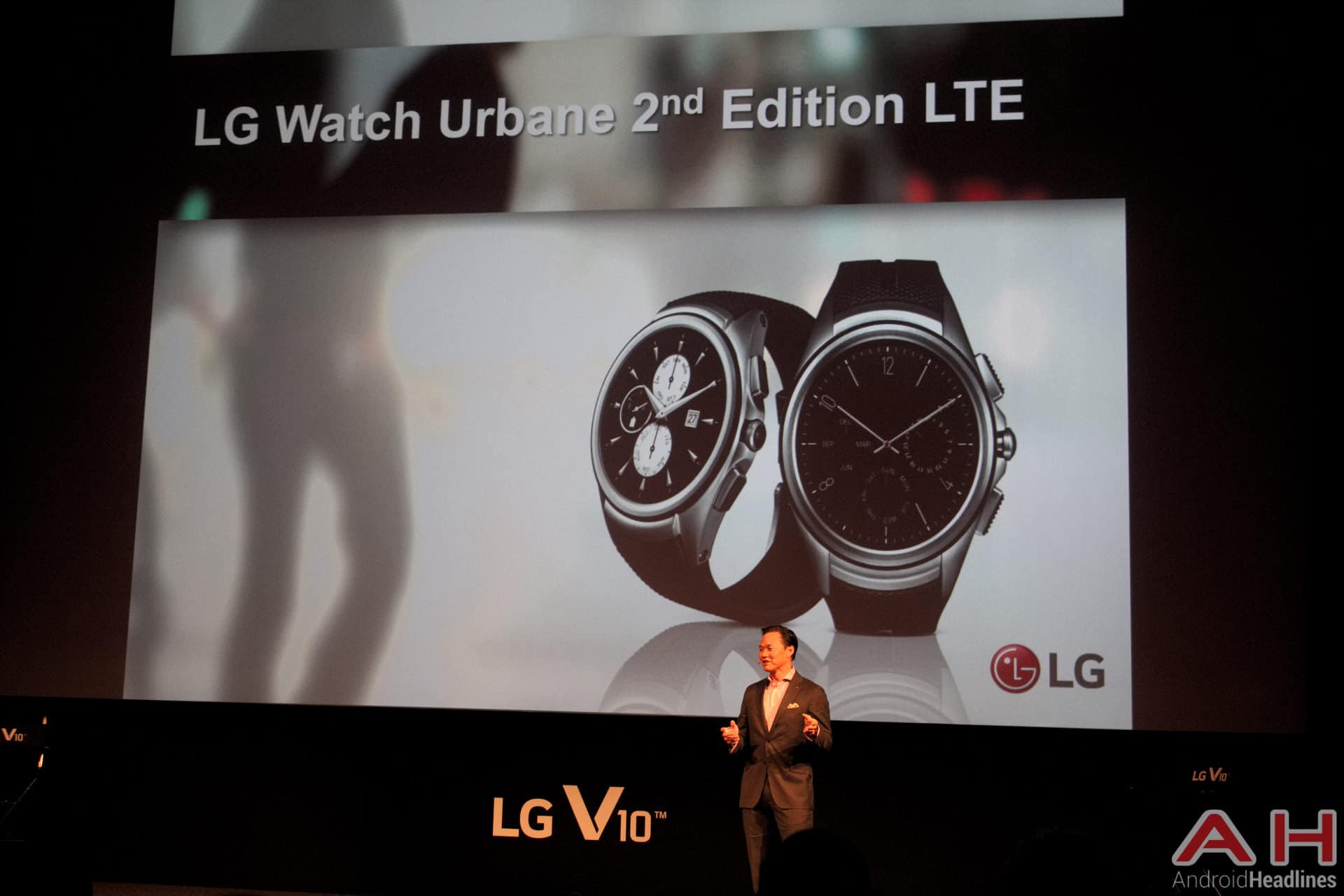